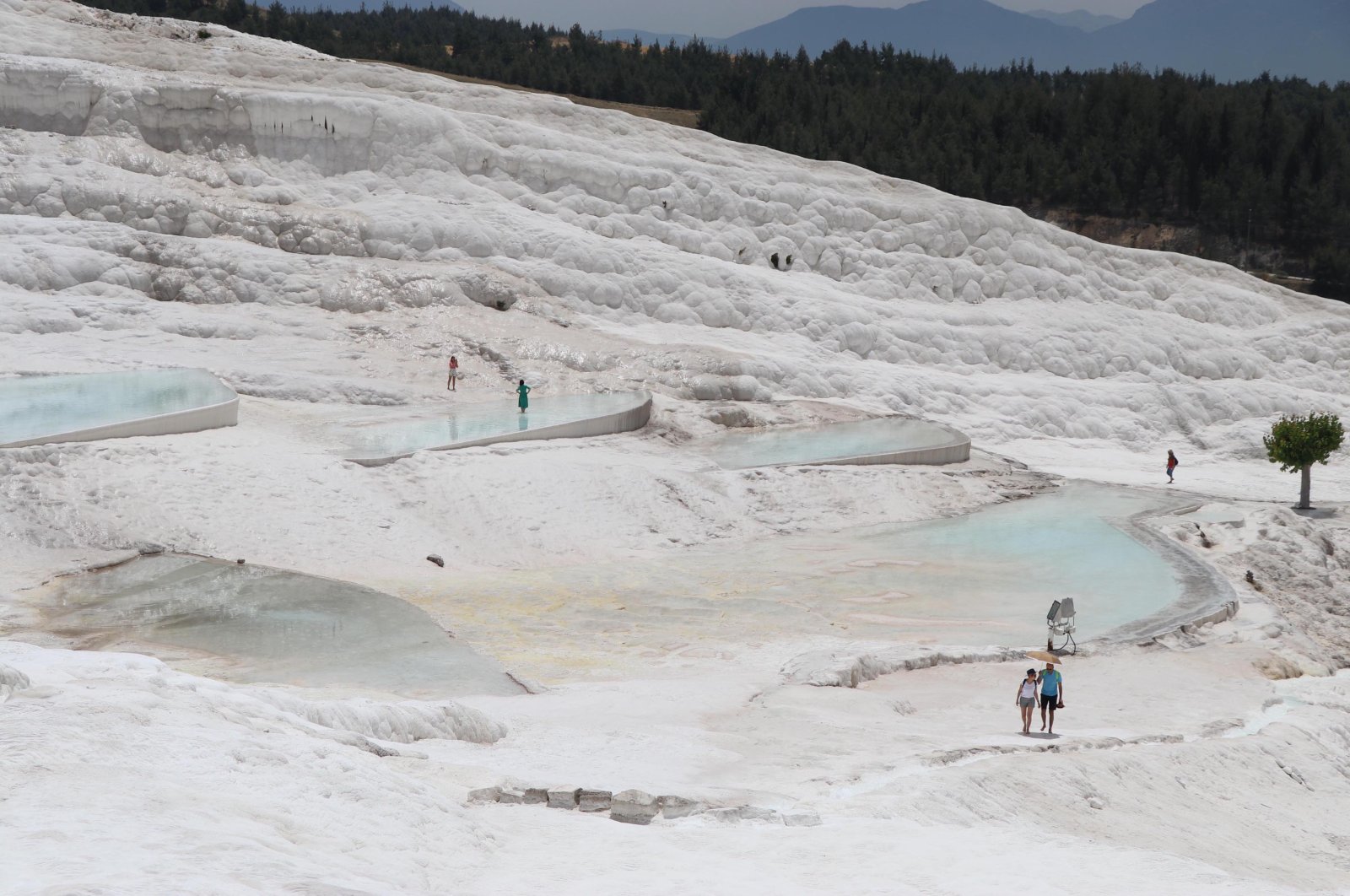 Pamukkale, a natural landmark tourist attraction in southwestern Turkey, is hoping to attract some 1 million tourists over the next six months since introducing a normalization process and lifting measures aimed at curbing the coronavirus pandemic.

Pamukkale is a UNESCO World Heritage Site known for its mineral-rich thermal waters and white travertine terraces in Turkey's province of Denizli.

Gazi Murat Şen, president of a local tourism and hotel management association, told Anadolu Agency that Pamukkale had reopened with strict precautionary measures to help prevent further infection in an effort to offer guests the highest standards of hygiene.

Turkey began to gradually lift precautions designed to curb the spread of COVID-19 on June 1. So far, cafes, restaurants, beaches, parks and similar venues have been allowed to reopen.

Şen underlined that measures against COVID-19 in hotels were at their highest level, adding: "We don't think there will be any coronavirus cases thanks to the measures taken here."

Hotels are planning to host approximately 1 million tourists in the "white paradise" by the end of the year.

Nearly half of the foreign tourists are expected to come from the Far East, Sen said, adding that ''as soon as passenger flights start flying from abroad again, these guests will come immediately.''

With the normalization process, hotels in Pamukkale expect to host approximately 600,000 guests from China, South Korea, Malaysia, Indonesia, Japan and Russia, he said.

The natural spring, situated alongside a stack of gleaming white travertine terraces, is particularly popular with tourists. Dating from ancient Hierapolis, this pool formed naturally after the collapse of a series of columns in an earthquake in 692 AD, which caused thermal water to accumulate.

With a temperature fixed at 36 C (96 F) year-round, the pool is a hit with visitors seeking to bathe in waters believed to have healing properties to combat cardiovascular diseases, rheumatism, skin and nerve diseases, as well as intestinal disorders.

Turkey has conducted more than 2.33 million COVID-19 tests, and the death toll in the country stands at 4,692.

Since first appearing in China last December, the coronavirus has spread to at least 188 countries and regions. The U.S., Brazil, Russia, and several European countries are currently the hardest hit in the world.

The pandemic has killed over 403,000 people worldwide, with more than 7.03 million confirmed cases and nearly 3.15 million recoveries, according to figures compiled by Johns Hopkins University.