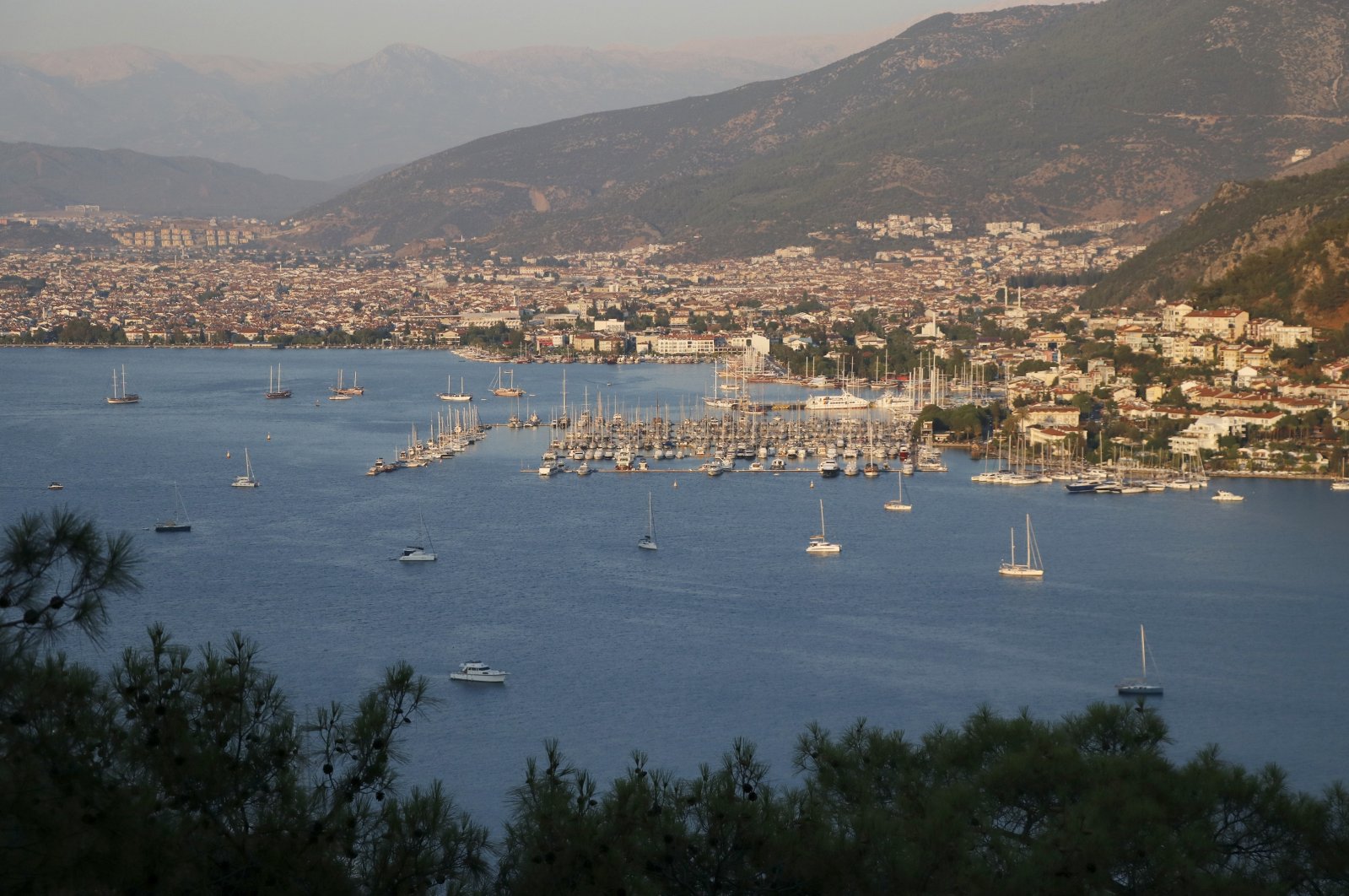 As the tourism mobility in Turkey’s resort cities of Antalya and Muğla has gained momentum after flights from several countries resumed, industry representatives now expect the activity and occupancy rates to further increase during the Qurban Bayram holiday, also known as Eid al-Adha.

“People have missed going on holidays very much during the quarantine process so they will be showing high interest in tourism centers during the Qurban Bayram holiday," Ülkay Atmaca, head of Turkey’s Professional Hotel Managers Association (POYD), said.

Efforts to stem the virus’s spread, focusing on people staying at home and avoiding most human contact, have hit economies hard, especially the tourism and travel sectors.

After February, Turkey postponed its tourism season until June. With a normalization process starting in June, tourist facilities in Turkey reopened with rigorous measures to ensure safety and avoid spreading the virus.

The mobility is expected to further gain momentum during the four-day holiday, Qurban Bayram, the Muslim festival of sacrifice, which will begin on July 31.

The domestic market will see greater activity during the holiday, Atmaca said and added: “At the moment, the domestic market constitutes most of the hotels. Reservations continue to arrive for Qurban Bayram. I think we’ll receive more bookings next week. The holiday will be very dynamic.”

Closed facilities to open during holiday

“The occupancy rates at our open hotels are at the level of 50%, consisting mainly of the domestic market. We have guests from abroad, especially from Ukraine. There is a high demand for Eid,” he said, stressing that the mobility would particularly pick up when the holiday starts.

“We expect high occupancy in our facilities during Eid al-Adha. With news from Germany and Russia, mobility will further increase in August,” he added.

Russia on Friday announced it will resume some international flights starting Aug. 1, including to Turkey, the U.K. and Tanzania.

After flights were suspended due to the coronavirus outbreak, service will resume from three Russian cities – the capital Moscow, Saint Petersburg, and Rostov-on-Don – Deputy Prime Minister Tatyana Golikova told a news conference in Moscow.

Flights to Turkey will start with the capital Ankara and the metropolis of Istanbul on Aug. 1 and will then add the coastal resort destinations of Antalya, Bodrum and Dalaman on Aug. 10.

Some 7 million Russians visited Turkey last year, while reports this week said the number could hit 4 million this year following the resumption of flights between the two countries.

On the other hand, a total of 301 hotels have received Safe Tourism Certification in Antalya, often described as the tourism capital of Turkey and known for its blue flagged beaches, historical artifacts and ancient sites.

As part of measures adopted to slow the spread of the coronavirus, the resort city offers safe tourism opportunities for both local and foreign visitors thanks to the Safe Tourism Certification Program launched by Turkey’s ministries of foreign affairs, tourism and culture, health and transportation, along with sector shareholders.

The tourism industry in Antalya has gained momentum as local tourists and Ukrainian and British visitors have begun to flock to the city, staying in hotels included in the program.

According to data provided by the Turkey Tourism, Promotion and Development Agency, a total of 491 accommodation facilities have applied for the certification so far and 301 of them received the official document as of July 22. The documentation process is underway for the remaining facilities.

Also, 30 restaurants and cafes received documents for businesses, and the process is underway for 36 others.

Atmaca said the hotels quickly realized the importance of readjusting their facilities amid the virus outbreak and thus reviewed their organizational structure in this regard.

Noting that tourists sought to stay in hotels with safety certification, he said the measures lived up to the expectations of local and international tourists looking to enjoy a problem-free vacation in the resort city.

He went on to say that 25,000 workers employed in the tourism sector had been given online education in line with the certification program.

Erkan Yağcı, the head of the Union of Mediterranean Touristic Hoteliers and Operators (AKTOB), said all tourism facilities were aware of the significance of the certification.

Yağcı said great attention was paid to the issues of hygiene, disinfection and social distancing amid the pandemic.

In a separate report on Friday, the Turkish Hotel Association (TÜROB) said the hotel occupancy rates across Turkey stood at 33.4% from January through June this year, down 47.3% year-on-year due to the pandemic.

The sector’s revenue per available room (RevPAR) and average daily rate (ADR) for rooms also posted decreases, according to the report. The RevPAR stood at 19.20 euros (TL 152.79), down 56%, while the ADR for rooms dropped to 57.70 euros, down 16.6% year-on-year in January-June period.

In Europe on average, the hotel occupancy rate was 21.6%, and the RevPAR was 17.70 euros during the same period.

The occupancy rate was 37.2% in Istanbul and 32.5% in the Mediterranean resort city of Antalya.

Turkey welcomed 4.5 million foreign visitors from January through June this year, down 75% year-on-year, according to the Culture and Tourism Ministry data on Friday.

The figure was down from 18.07 million in the same period last year.

From January to June, Istanbul continued to be the country’s top tourist draw, attracting nearly 53.7% of foreign visitors, or around 2.4 million. Edirne, in northwestern Turkey, which borders both Bulgaria and Greece, saw the second-highest number of foreigners, with 634,721.

Last year, more than 45 million foreigners entered Turkey, an all-time high, up from nearly 39.5 million in 2018.