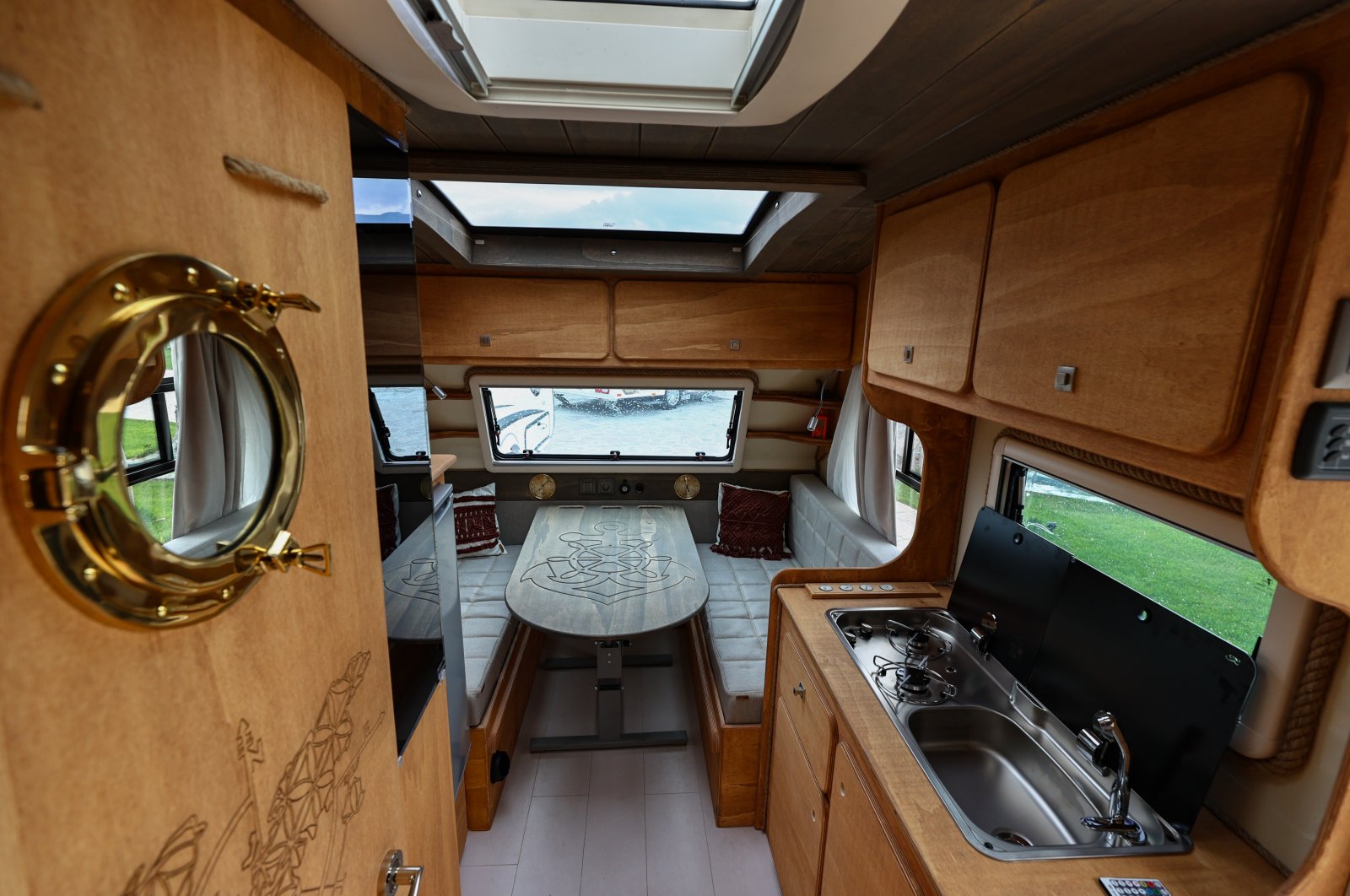 The COVID-19 pandemic continues to shift holiday preferences and has more people considering caravan tourism as an isolated holiday option. As a result, Turkish manufacturers are now having a hard time fulfilling orders due to exorbitant demands.

Tourism representatives and manufacturers, meanwhile, forecast that the demand will rise even more this season.

Saying foreign tourists are also interested in camping and caravan tourism, Çoban noted the country needs to focus on new steps to meet the increasing demand.

Though no official figures are available, it is estimated that there are 25,000 caravans in Turkey, he said.

Çoban said that local producers are also investing in the sector, as they believe it will soon start making a large number of exports to Europe, the center of the sector.

Pointing to TÜRSAB's related work in the sector, Çoban described caravans as a tourism product and added that the number of caravan camping areas needs to be increased.

“We must increase the numbers as per international standards,” he said, but noted that the relevant local authorities are working toward this and that investments from the private sector will be made.

Çoban added that there are some issues regarding taxation and insurance which need to be tackled.

Murat Yılmaz, owner of Ortiz Karavan in the Aegean province of Izmir in the country’s west said that they have been producing caravans for about five years.

There was an increase in the demand before the pandemic however it peaked with the outbreak, Yılmaz said, noting they had a hard time meeting the demand last year as well and even though the number of manufacturers has risen this year, they are still struggling.

With the increase in the number of manufacturers, those who buy caravans should be more careful, Yılmaz also emphasized, and noted that thorough research should be done when purchasing the vehicle.

Emphasizing that the number of brands in domestic production is increasing rapidly, Yılmaz said, "Caravan prices start from TL 75,000 ($9,185) and can reach up to TL 200,000. Prices vary according to the brand and equipment."