Visitors flock to Turkey, vast rebound in foreign arrivals in May 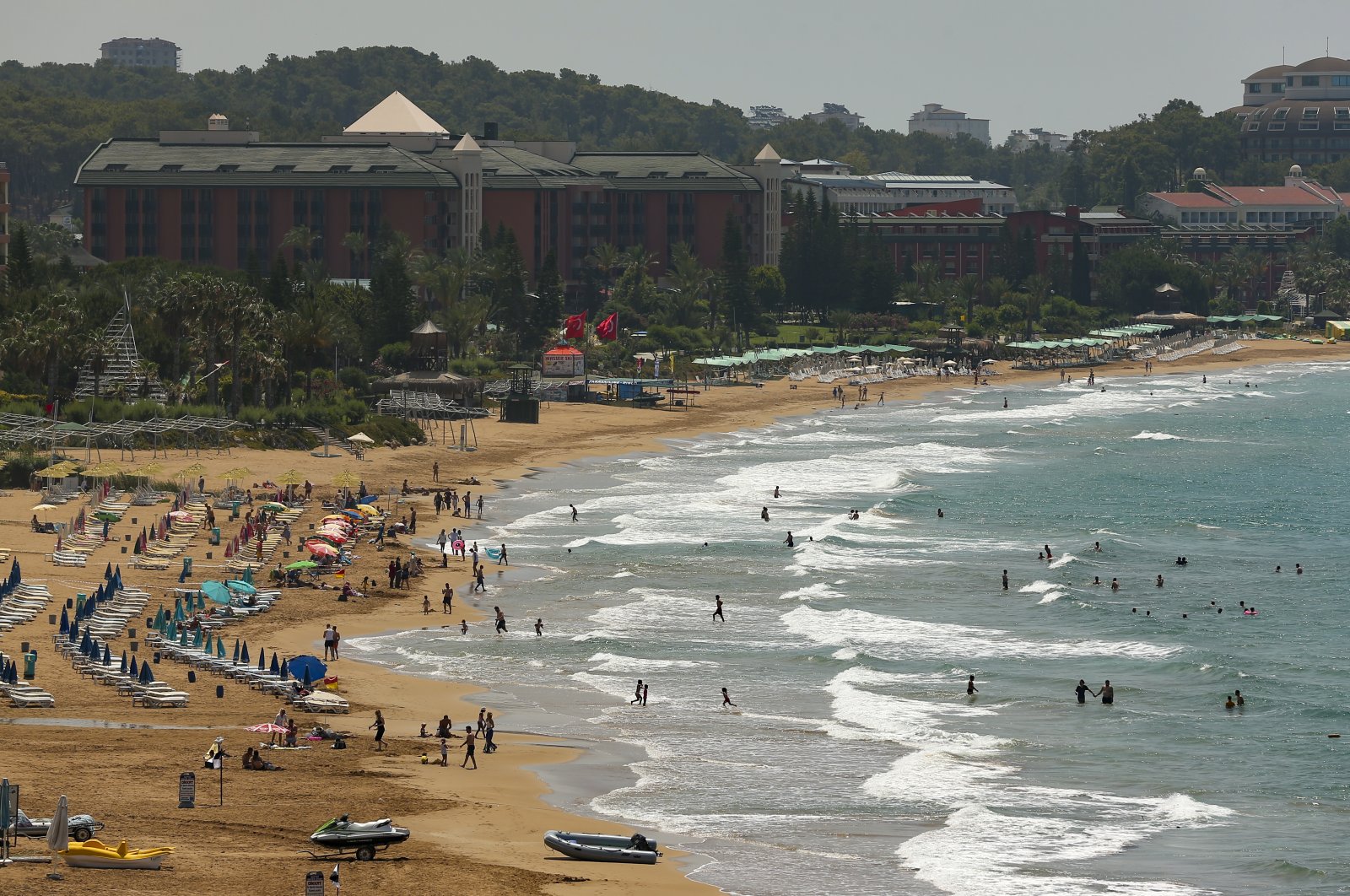 The number of foreign visitors arriving in Turkey rebounded strongly in May from a year ago due to the so-called base effect as coronavirus-related travel restrictions are gradually eased across the globe.

The figure was still a fraction of the 4 million who came in 2019 before the pandemic hit.

Turkey began closing its borders and restricting activity when its first COVID-19 case was recorded in March 2020.

Month on month, the arrivals surged in May despite a 17-day full lockdown to stem a surge in COVID-19 cases.

Some 12.75 million tourists arrived in the five-month period of 2019 before the pandemic hit.

The country’s top tourist source, the Russians led the way in the first five months despite a two-month suspension in flights imposed by Moscow due to concerns about a surge in COVID-19 cases in April.

Thousands of Russian tourists began arriving in Turkey this week after Moscow lifted the flight ban, boosting hopes of a revival in tourism revenues this year.

Among others, France has removed Turkey from the red list of countries on which it had imposed travel restrictions.

It ditched the mandatory 10-day quarantine process for passengers traveling from Turkey to France.

Berlin this week said it would allow travelers from non-European Union countries who are fully vaccinated to enter the country from June 25, which covers Turkish citizens who have received both doses of the Pfizer-BioNTech vaccine.

Some 571,000 tourists from Russia came from January through May, accounting for 15.5% of all arrivals in the period.

The hit to tourism has hurt economic growth and exacerbated a rise in the current account deficit.

While many businesses suffered during the pandemic, tourism has been clobbered: In 2019, it brought in $34.5 billion and nearly 52 million visitors. In 2020, arrivals dropped 69% and revenues fell to about $12 billion, according to the Tourism Ministry.

Prospects have been revived by a sharp fall in daily coronavirus cases to around 5,000 from a peak of more than 60,000 in April, as well as an acceleration in vaccinations.

Turkey’s rapid inoculation drive has seen more than 1 million doses being delivered a day over the recent week.

The tourism ministry expects at least 17 million arrivals and around $20 billion (TL 173.87 billion) in related income this year.