‘Turkish tourism sector may shrink 70% due to pandemic,’ minister says 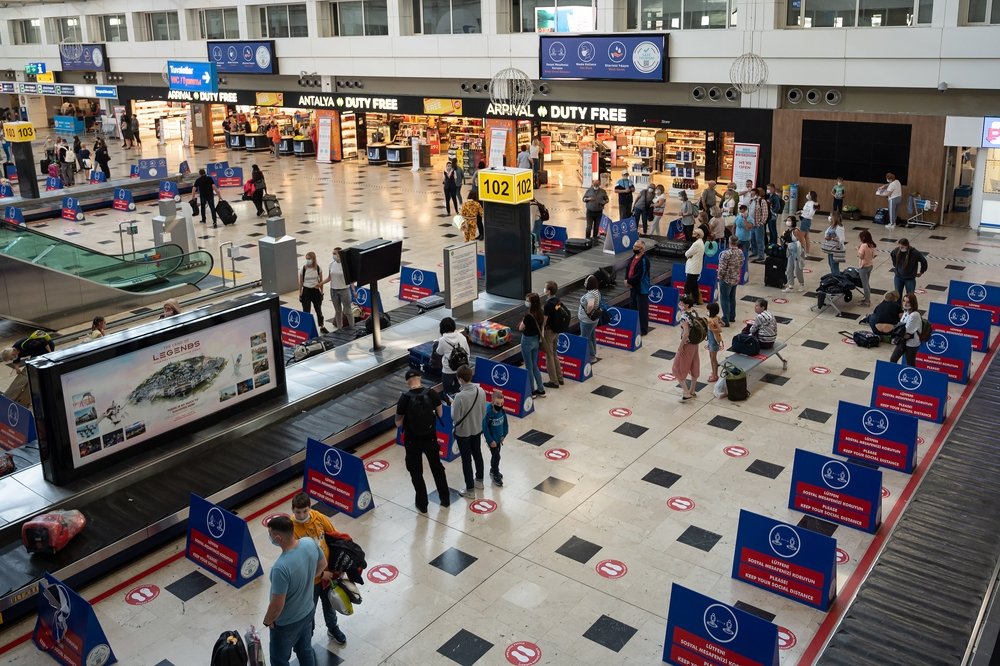 Turkey's tourism sector will likely shrink 70% this year due to the coronavirus pandemic, the country's culture and tourism minister said Thursday.

"It looks like we will end 2020 with slightly over $11 billion in tourism revenues and over 15 million travelers," Culture and Tourism Minister Mehmet Nuri Ersoy said in an online session of the 10th International Resort Tourism Congress.

Turkey's tourism income has narrowed significantly this year as the COVID-19 pandemic led to worldwide travel restrictions, border shutdowns and an overall drop in consumer demand.

Ersoy stressed that the 2021 figure is expected to exceed this year but fall behind 2019.

"We should target 100% growth for next year at minimum," the minister said, meaning the country must attract 30 million-31 million tourists.

The Culture and Tourism Ministry's data showed that foreigner visits to Turkey increased 14.1% on an annual basis, surpassing 45 million in 2019.

The minister also noted that if needed, they may increase the tourism support package up to TL 20 billion ($2.54 million) from the current TL 10 billion.

Ersoy said international tourism traffic is also expected to contract by 80%, according to the latest data.

Among the main Mediterranean competitors of Turkey in terms of tourism, he said Greece has seen a 78% to 80% shrinkage, while Spain is also forecasted to close the season with some 80% contraction.

Ersoy noted that the Safe Tourism Certification program played a major role in terms of Turkey’s closing the season with below-world-average contraction.

"We have carried out a very detailed program here with the sector and applied this certification in a multidisciplinary manner in hotels and accommodation facilities," he said.

The latest data from the United Nations World Tourism Organization (UNWTO) shows that international tourist arrivals declined by 65%, or 440 million, around the world in the first half of 2020.

Revenue from international tourism decreased by $460 billion in the January-June period, according to the data.

The UNWTO expects a loss of between $910 billion and $1.2 trillion in export revenues from tourism globally in 2020.

Russians constituted 1.5 million of the 3.5 million tourists coming to Antalya, which is one of the important tourist destinations of the world and a No. 1 destination for Muscovites. This figure was 5.5 million in the same period last year.

According to the data of the Culture and Tourism Provincial Directorate, the city hosted 3.3 million foreign tourists from Jan. 1-Nov. 26.

Yavuz said the city, which had the best season in history last year, suffered a significant loss during the pandemic, but it was one of the most important destinations for tourism activity around the world.

He said the season saw significant momentum when Germany removed Turkey's Antalya and Aegean provinces from its COVID-19 risky regions list on Aug. 4 and with the restart of charter flights between Russia and Turkey on Aug. 10.

Emphasizing that the sunny weather, hotel quality, affordable prices, proximity and trust issues that came to the fore during the pandemic process have all been addressed, Yavuz noted that Russian tour operators, especially those owned by Turkish businesses, have already turned their focus toward Antalya.

"It was a great advantage that the four major tour operators were of Turkish descent," he said.

Yavuz noted that other factors included a lack of options for Russian guests due to the border closures and the peace of mind offered by the measures Turkey continues to take against the spread of the virus.

The head of the Russian Arts and Culture Association in Antalya, Irina Balcı, said the word holiday is synonymous with Antalya for Russians.

Noting that the Russians love Antalya very much, Balcı pointed out that the interest in the city further increased during the pandemic.

"Russians prefer Antalya the most because of its sun, climate and cleanness. Antalya is like our second home. The city offers high quality, safe and alternative tourism," she said, noting that the church of St. Nicholas located in the region is also one of the most popular spots for Russian visitors.

"A Russian comes to the city more than one time a year, goes on vacation, does sports, visits the church and returns," Balcı said.

She added that the number of Russian residents in the city also increased this year.

Explaining that Ukrainian tourists, who were also among the top visitors of the country, have continued their uninterrupted arrival since the beginning of the season, Yavuz said: "The number of tourists coming from Ukraine reached 560,000."