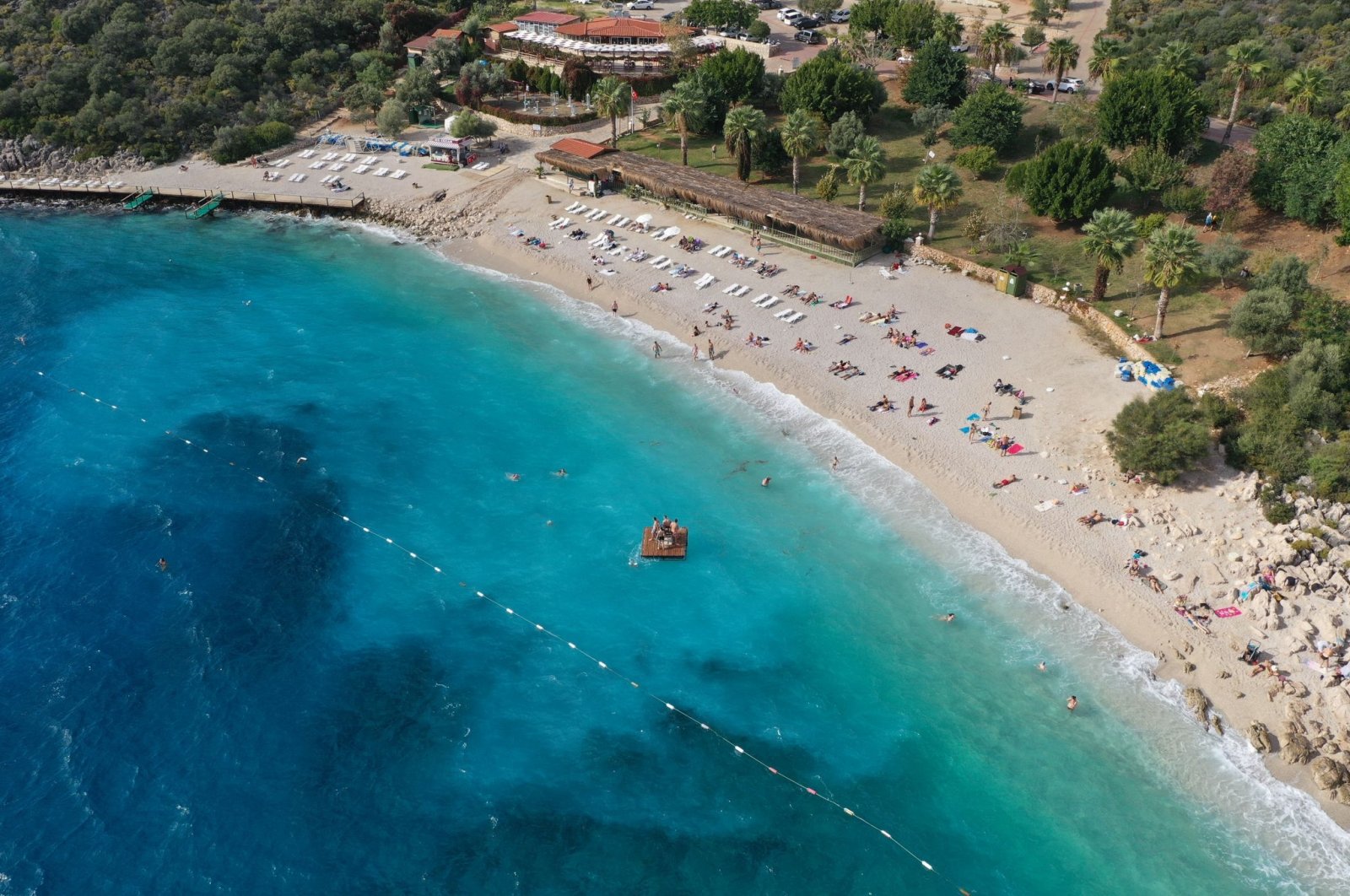 Türkiye’s tourism sector has achieved the most significant recovery among European countries in the post-pandemic era with a 61% rise in demand compared to 2019, according to the European Travel Commission's (ETC) November report.

The ETC's "European Tourism Trends and Prospects" report stated that Türkiye positioned itself in first place while there was a rapid recovery in tourism demand similar to that of 2019 across Europe.

"Europe's return on travel will continue through the remaining months of 2022, led by cost-conscious and value-driven travel," the report said.

“All things considered; the European continent is expected to recover to close to 75% of 2019 inbound travel volumes by the end of 2022.”

The report said that “travel enthusiasm persisted this summer with over half of reporting destinations recovering to at least 77% of 2019 levels of foreign arrivals,” highlighting that the rebound was led mostly by Southern Mediterranean destinations.

“Based on data to August, Türkiye, Serbia and Luxembourg made the strongest comeback,” it said.

“While Türkiye remains a good value destination, Serbia is open to Russian travelers without visa requirements. Indeed, there has been an influx of Russians arriving in Serbia,” it added.

The sharpest declines in tourist arrivals, the report said, were recorded in the Baltic states, Finland, Romania and Slovakia. Currently, the Baltic states have a war-related ban on Russian travel while Slovakia has suspended tourist visa applications for Russians.

Türkiye’s tourism revenues kept on the path of growth throughout the year.

In the first 10 months of the year, the number of foreign visitors climbed 88.1% to 39.61 million, on pace to roughly match the pre-pandemic levels of 2019, according to the latest data.

In addition to the influx from Russia, the rebound this year has been driven by a major leap in demand from Europe, spearheaded by Germany and the United Kingdom.

Istanbul, Türkiye’s most famous province and the largest one by population, was the top draw for foreign visitors, welcoming 13.4 million tourists from January through October this year.

It was followed by the Mediterranean resort city of Antalya with 12.2 million visitors, while Edirne, a northwestern province bordering Bulgaria and Greece, welcomed nearly 4 million tourists, the data showed.

Germans made up 13.3% of all visitors in the 10-month period with 5.3 million, followed by Russians with 4.6 million, Britons 3.2 million, Bulgarians 2.3 million and Iranians with 2 million.

If Turkish citizens living abroad are added to the count, the 10-month figure reaches 45 million.

The ETC report, meanwhile, further showed that the January-September data relative to 2021 features a strong performance in the European hotel industry compared to other regions.

“Driven by strong occupancy rates, up 62% over prior-year levels and a 30.1% rise in ADR (average daily rate) alongside surging travel demand, Europe recorded a 111% increase in RevPAR (Revenue Per Available Room),” it said.

It said European airlines held up well this summer with August flight volumes down just 11% relative to 2019.