Ukraine to enhance transportation to Turkey amid Russian ban 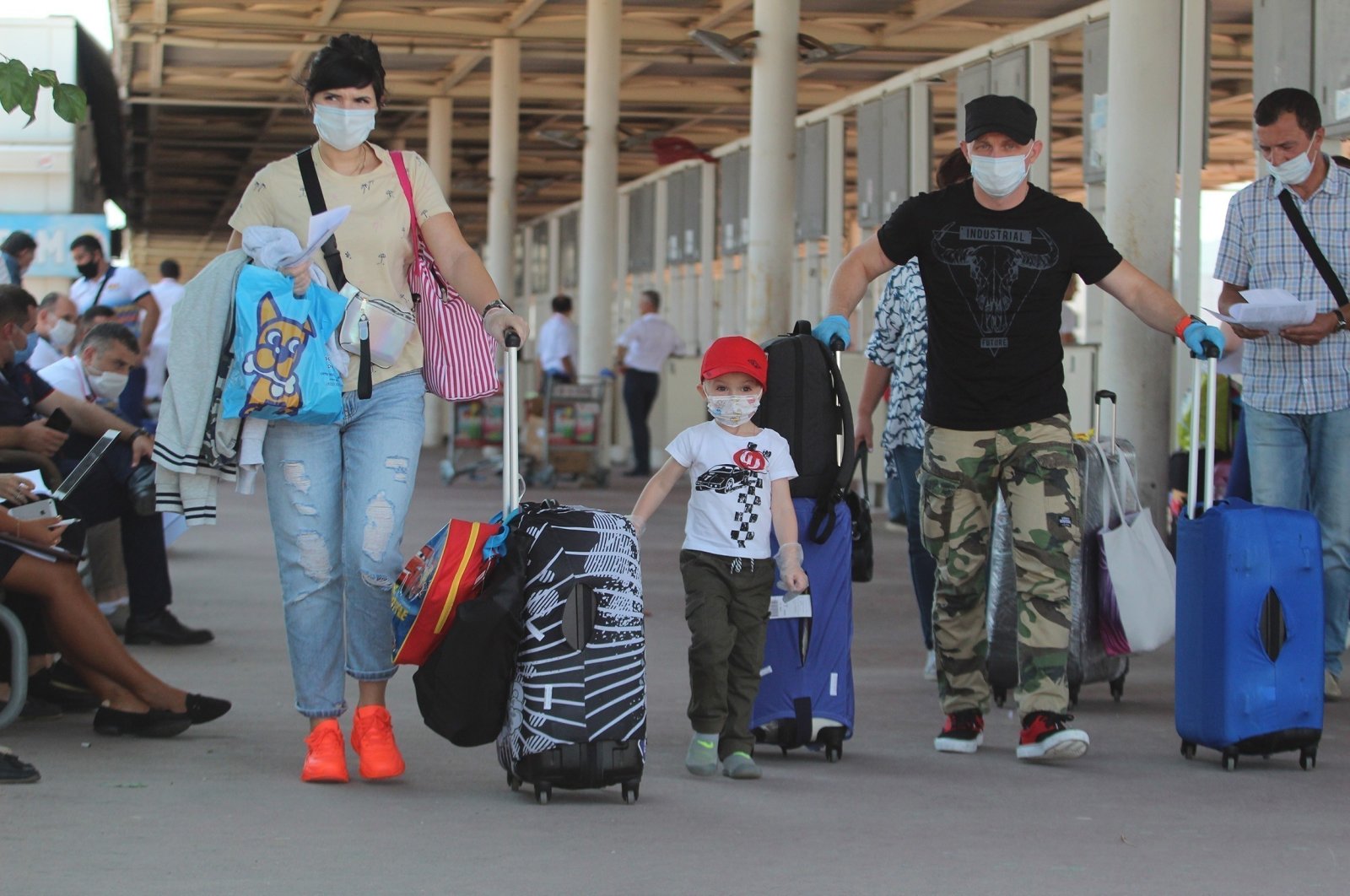 The Ukrainian government said Thursday that the transportation network between Turkey and Ukraine should be further expanded to boost tourism cooperation.

According to a statement by Ukraine, a meeting was held on Thursday under the chairmanship of Prime Minister Denys Shmyhal on the enhancement of bilateral cooperation. Minister of Culture and Information Policy Oleksandr Tkachenko, Deputy Minister of Health Viktor Liashko and Ukraine’s Ambassador to Turkey Andrii Sybiha were also present at the meeting.

"Ukrainians enter the list of the most numerous tourists in Turkey, and the geography of their vacation is constantly expanding. Therefore, we should consider the possibility of enlarging the connection, in particular organizing additional flights to popular routes for the weekend, as well as opening communication with new cities," Shmyhal said during the meeting.

According to the statement, the prime minister also instructed the relevant agencies to work on increasing regular and charter flights between the two countries.

He added that the system should be simplified for vaccinated Turkish citizens to visit Ukraine. Shmyhal said that “it is worth considering the possibility of developing destinations for sanatoriums that will be interesting for the family travels,” for Turkish citizens, noting that the travels should not be limited to big cities.

Ambassador Sybiha said that Turkish tourists may be interested in Ukrainian cities such as Kamyanets-Podilsky and Khotyn in this regard.

Ukraine was also among the most important markets as around 998,000 Ukrainians arrived in Turkey throughout 2020.

Earlier this month, Ukrainian President Volodymyr Zelenskiy also called on his citizens to go on holiday to Turkey as a sign of support after Russia suspended most air travel, citing rising coronavirus infections.