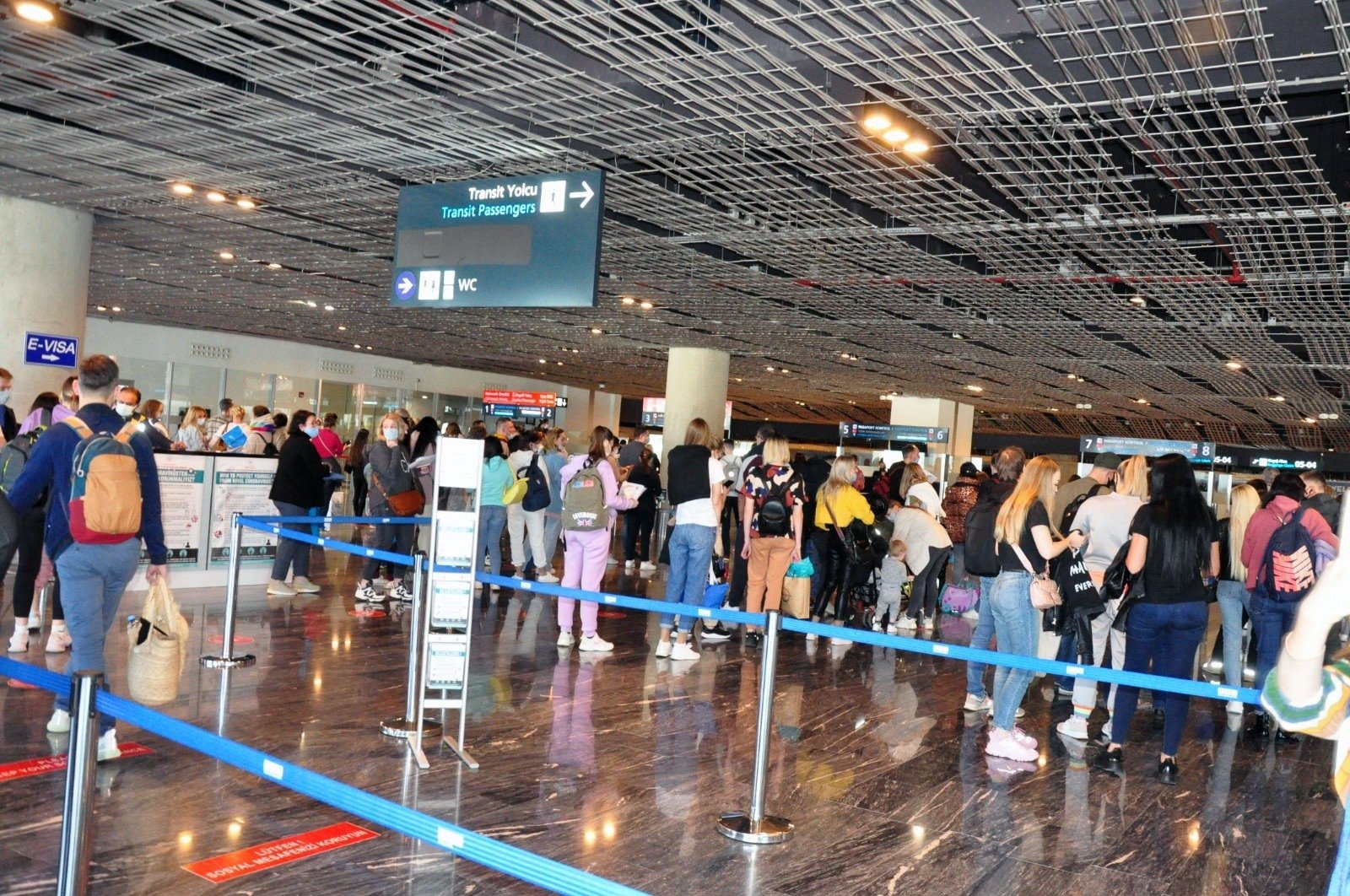 Ukrainian President Volodymyr Zelenskiy has called on his citizens to go on holiday to Turkey as a sign of support after Russia suspended most air travel, citing rising coronavirus infections.

Zelenskiy’s remarks came after he paid a visit last week and met with President Recep Tayyip Erdoğan and after Russia said Monday it would restrict most charter and regular flights to and from Turkey from April 15 to June 1 in a move that came amid growing political tensions over Ankara’s support for Ukraine.

Zelenskiy said they seek to increase tourism activities and show their support for Turkey, a statement by the Ukrainian Presidency said following a National Security and Defense Council meeting Thursday.

“You have heard that Russians have said they would restrict tourism from Russia to Turkey. This is their personal affairs. On the contrary, I think we should further increase our tourism and show that we support Turkey,” the president was cited as saying.

Moscow's flight restrictions could result in a drop of around 500,000 tourists, Turkey’s Culture and Tourism Minister Mehmet Nuri Ersoy said Wednesday but stressed there were no issues with summer bookings.

Ersoy said the date when the flight ban ends could be brought forward depending on a fall in COVID-19 case numbers.

Turkey’s coronavirus infections have soared over recent weeks to above 60,000, prompting fresh lockdown measures ahead of the start of the tourism season.

Ukraine was also among the most important markets as around 998,000 Ukrainians arrived in Turkey throughout 2020.

The move also came amid growing concerns over a Russian military buildup along Ukraine’s border and came two days after Erdoğan met Zelenskiy in Istanbul.

Erdoğan called for an end to the “worrying” situation in eastern Ukraine’s Donbass region and offered Ankara’s support.

Zelenskiy Thursday thanked Erdoğan for his support for Ukraine’s sovereignty and its territorial integrity.

He noted that the two leaders discussed “special terms” for the tourists of both countries.

“We are talking of increasing the Ukrainian and Turkish tourist flow. Especially now, we have to support each other,” Zelenskiy said.

Russia subsequently said Turkey and other nations should not feed “belligerent sentiment” in Ukraine.

Turkey does not recognize the annexation of Crimea and supports Ukraine’s territorial integrity. It also sold combat drones to Kyiv in 2019. Half a dozen have already been delivered.

Turkey’s Foreign Minister Mevlüt Çavuşoğlu Wednesday said he does not believe that there is any political motivation behind Russia’s decision.

“Putin himself told Erdoğan that this was a purely COVID-19-related precaution. They were concerned by the rapid rise of COVID-19 cases,” he said.

The minister Thursday said Turkey is not picking a side in the conflict between Ukraine and Russia and supports a diplomatic resolution of the issue.

Çavuşoğlu and Health Minister Fahrettin Koca both said a Russian delegation would be arriving in Turkey to visit tourist destinations and examine the safety and health measures.