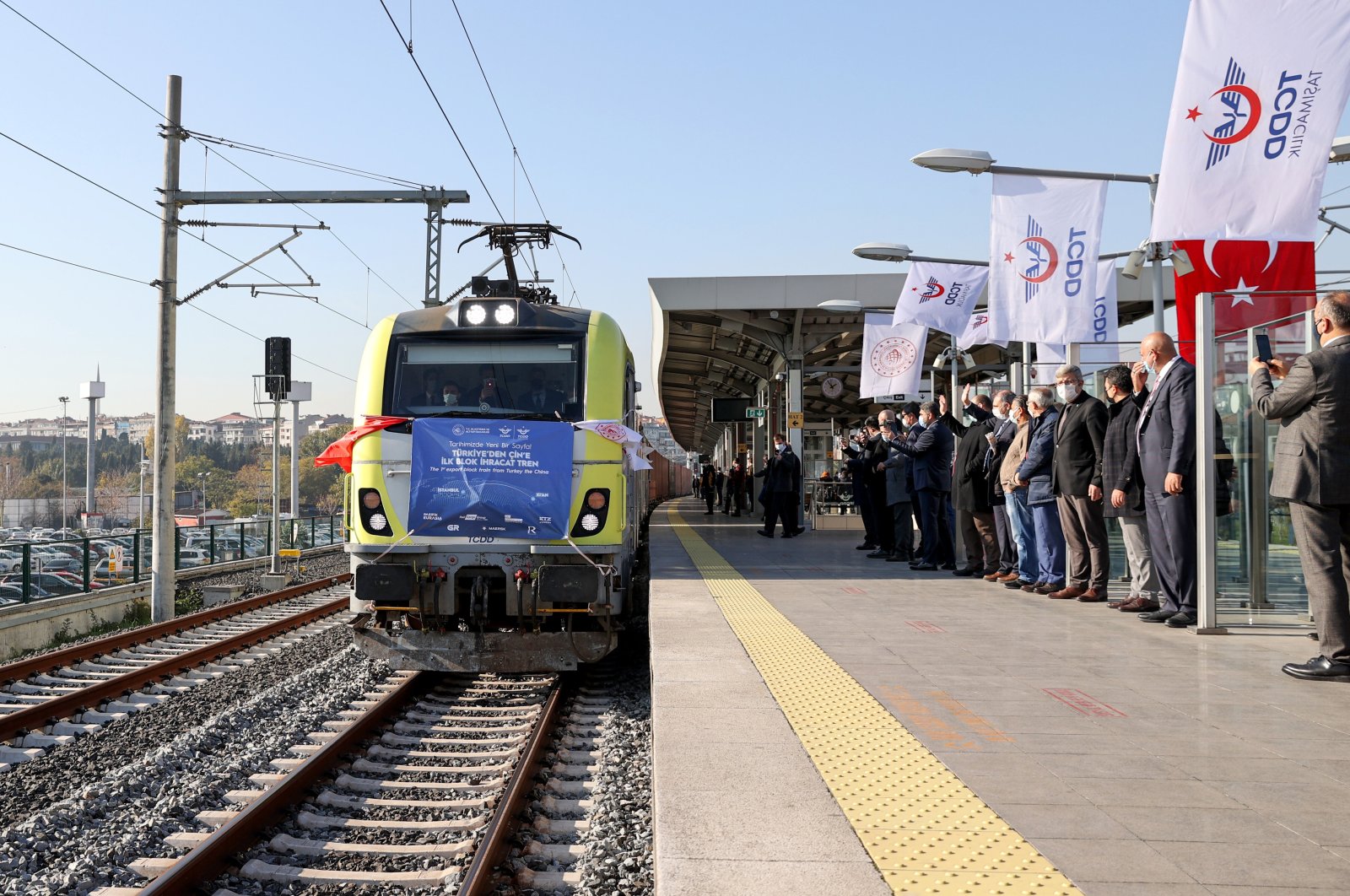 A total of 845 freight trains passed through Istanbul’s subsea tunnel, the Marmaray, last year, during which the tube that enables uninterrupted rail transport between Asia and Europe operated at full capacity, according to official figures.

Initially opened Oct. 29, 2013, the Marmaray, which apart from freight transportation was aimed primarily at passenger transport in the metropolis, brought great comfort and convenience to Istanbul's public transportation system. The Halkalı line, its last stop on the European side of the city, opened March 12, 2019, and served an average of 350,000 to 420,000 passengers per day before the pandemic, according to information by Anadolu Agency (AA), quoting data from Turkish State Railways (TCDD).

In the past year, a net of 370,000 tons and a gross of 700,000 tons of freight were transported through the Marmaray tube crossing with 845 freight trains and 15,255 wagons. Of these trains, 451 headed toward Europe and 394 headed toward Asia, and most of them carried Turkish export cargo.

The tunnel serves as public transportation between Gebze and Halkalı during daytime and intercity passenger transportation with high-speed trains, and domestic, international and transit freight transportation at night.

The Baku-Tbilisi-Kars Railway Line (BTK), also known as the "Iron Silk Road" and international trains coming from the Middle Corridor continuing to Europe, and all export trains sent from the Thrace region to the Middle East, cross the tunnel between midnight and 5 a.m. when passenger transportation is not carried out. Freight train capacity can be up to 21 pairs of trains per day between the designated hours.

The first transit train from China to Europe, using the Middle Corridor and the BTK, was a Chinese export train that reached Turkey in 12 days and reached Prague via the Marmaray with a total travel time of 18 days.

As part of the critical phase of the China-led Belt and Road Initiative project, a trillion-dollar infrastructure development project addressing a potential of 3 billion people across 65 countries, the first train service along the Middle Corridor from China to Europe, the China Railway Express, passed through the Marmaray tunnel Nov. 6, 2019. The passing of the Chinese transit train from the Marmaray was a milestone in international rail freight transportation.

The train departed from China and entered Turkey thanks to the “Trans-Caspian International Transport Route" (TITR) train line.

Currently, 5,000 trains travel from the line known as the Northern Railway Corridor, which passes through Russia between the world’s production center China and Europe. It is expected that some of those trains will use the Middle Corridor, thus establishing Turkey's importance in international logistics.

Turkey, which has been significantly investing in railway transportation in recent years, sent off two export trains, one headed to Russia and the other to China, using the BTK railway from the capital Ankara in January this year. The train to Russia was the first block train to use the route while the second one, which was carrying the mineral boron in its containers, was the third China-bound freight train.

The Marmaray subsea tube that connects the two continents at a depth of 60 meters (197 feet) under the Bosporus, the BTK and the Middle Corridor, is dubbed as constituting the main elements of logistics planning for the future, not only in Turkey but also throughout the world.