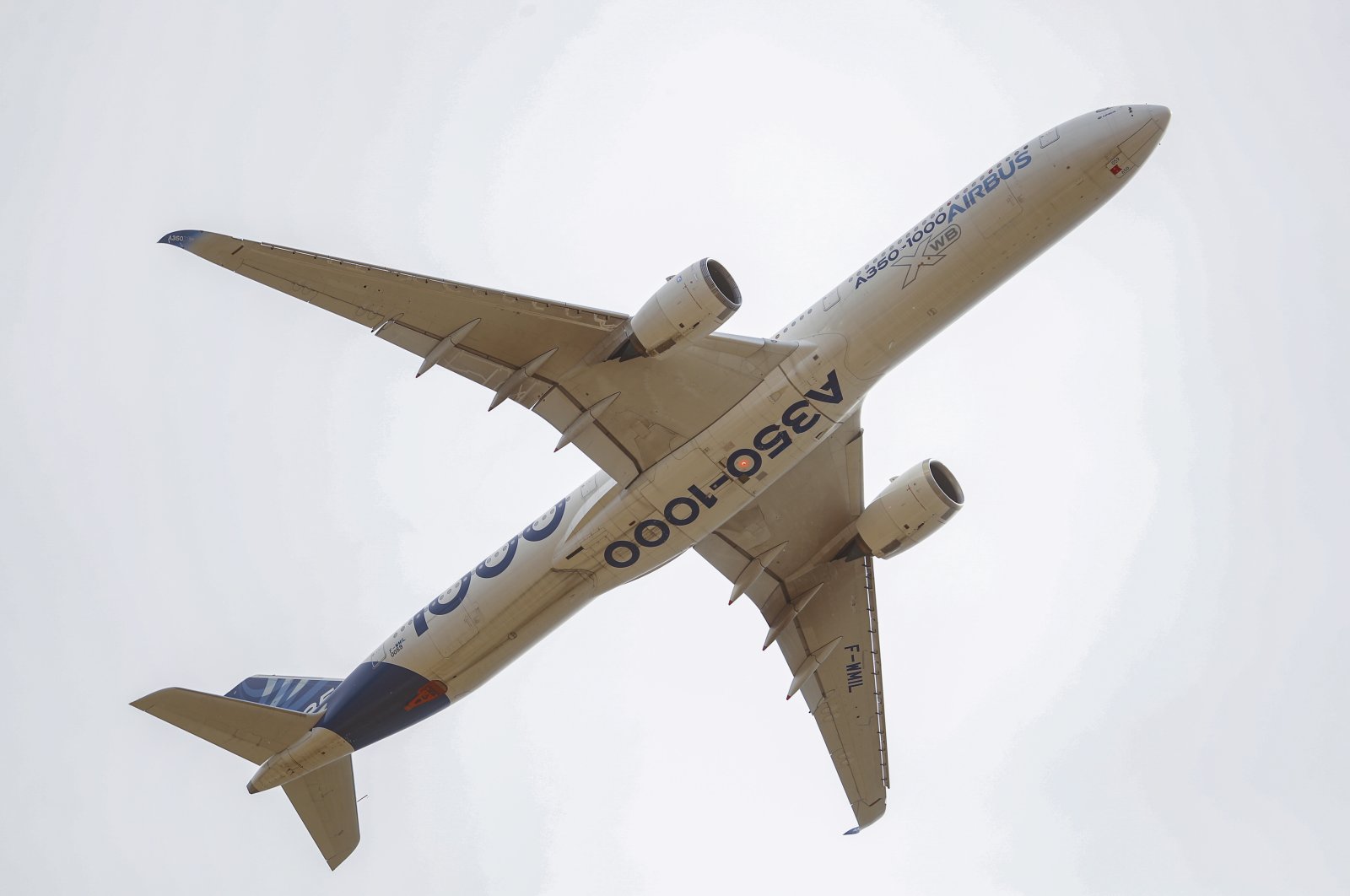 Airbus posted a net profit of 2.2 billion euros ($2.6 billion) for the first six months, compared to a loss of 1.9 billion euros last year as the airline industry was walloped by the COVID-19 pandemic.

The world's largest planemaker ahead of U.S. rival Boeing said it expected to deliver 600 aircraft in 2021, and doubled its forecast for adjusted operating profit to 4 billion euros while predicting 2 billion euros of free cash flow before mergers and acquisitions, and customer financing.

It had previously expected to match last year's 566 jet deliveries while forecasting 2 billion euros of operating profit along with breakeven in free cash flow.

Reuters reported on Wednesday that Airbus would beat its previous target and deliver more than 600 jets this year after negotiating compromise deals with airlines.

Airbus said it delivered 297 aircraft between January and June against 196 last year.

Led by commercial aerospace and helicopter divisions, Airbus swung to an operating profit of 2.01 billion euros in the second quarter, compared with a loss of 1.23 billion a year earlier, as revenues rose 70% to 14.18 billion euros.

For the first half, Airbus posted operating earnings of 2.7 billion euros, eclipsing its previous full-year goal.

"These half-year results reflect the commercial aircraft deliveries, our focus on cost containment and competitiveness, and the good performance in Helicopters and Defence and Space," CEO Guillaume Faury said in a statement.

Analysts were on average expecting 1.59 billion euros of operating profit on revenues of 14 billion euros in the second quarter, according to a company-compiled consensus.

"Although the COVID-19 pandemic continues, the numerous actions taken by the teams have delivered a strong H1 performance. This enables us to raise our 2021 guidance although we continue to face an unpredictable environment," Faury said.

"We are now working to secure the A320-family ramp up while transforming the industrial set-up."

However, in a sign that the airline sector is still in crisis, the manufacturer recorded only net orders of 38 aircraft in the first half of the year receiving 127 cancellations.

Boeing earned $567 million in the second quarter, compared with a $2.4 billion loss a year ago.

Meanwhile, Airbus Thursday also announced its board had backed plans for a new freighter version of its A350 passenger jet as it seeks to break rival Boeing's longstanding dominance of the lucrative but volatile air cargo market, which has been benefiting from growth in e-commerce during the pandemic.

Faury said that following the green light, "we are enhancing our product line with an A350 freighter derivative, responding to customer feedback for increased competition and efficiency in this market segment."

Plans by the European firm to challenge Boeing's control of the freight market with a version of its lightweight A350 wide-bodied jet were first reported by Reuters in March.

The A350 freighter's formal launch is certain to trigger a response from Boeing after Chief Executive Dave Calhoun on Wednesday listed developments including "I hope in the relatively near term" a freighter version of the 777X.