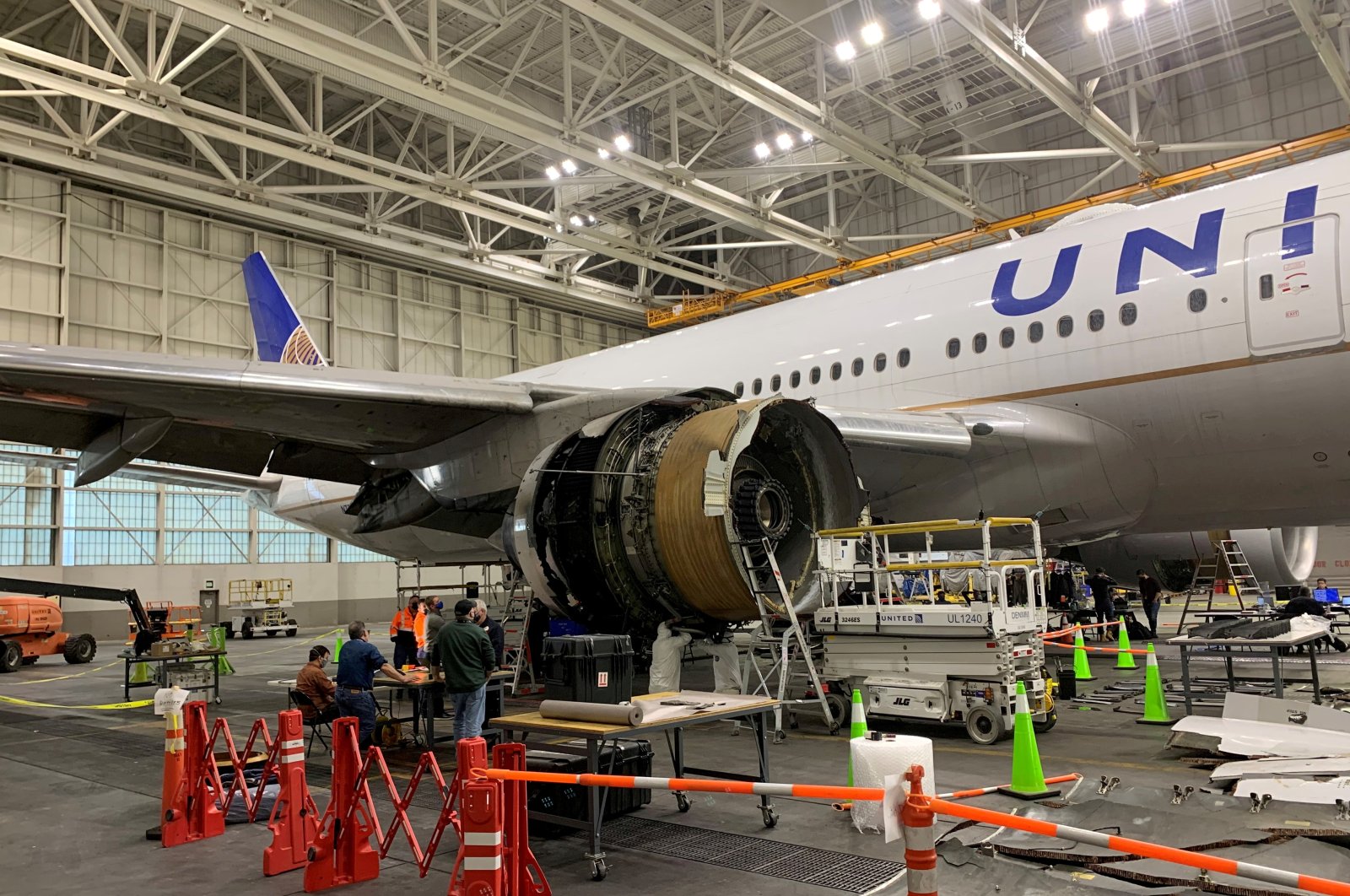 The FAA on Tuesday ordered immediate inspections of the 777 planes with Pratt & Whitney PW4000 engines before further flights, after an engine failed on a United Airlines flight that had departed from Denver on Saturday.

The planemaker and the FAA had been discussing potential fixes for about two years, according to the Journal’s report, following earlier engine failures on a 777 operated by United and a Southwest Airlines 737 jet in 2018.

United, the only U.S. operator of the older PW4000-powered 777s, had temporarily grounded its fleet before the FAA announcement.

The engines are used on 128 older versions of the plane accounting for less than 10% of the more than 1,600 777s delivered and only a handful of airlines in the United States, South Korea and Japan were operating them recently.

The National Transportation Safety Board (NTSB) said on Monday that a cracked fan blade from the United Flight 328 engine that caught fire was consistent with metal fatigue.

In March 2019, after a 2018 United engine failure attributed to fan blade fatigue, the FAA ordered inspections every 6,500 cycles. A cycle is one take-off and landing.

Boeing said it supported the FAA’s latest inspection guidance and would work through the process with its customers.

It had earlier recommended that airlines suspend the use of PW4000-powered planes while the FAA identified an appropriate inspection protocol, and Japan imposed a temporary suspension on flights.

South Korea’s transport ministry on Wednesday ordered the grounding of all local airlines’ Boeing 777s with PW4000 engines and would ban foreign carriers with those planes from entering its airspace from Thursday.

While no one was injured in the Denver incident, the episode is the latest setback for Boeing, which only recently resumed deliveries of the long-grounded 737 Max following two fatal crashes of that plane.