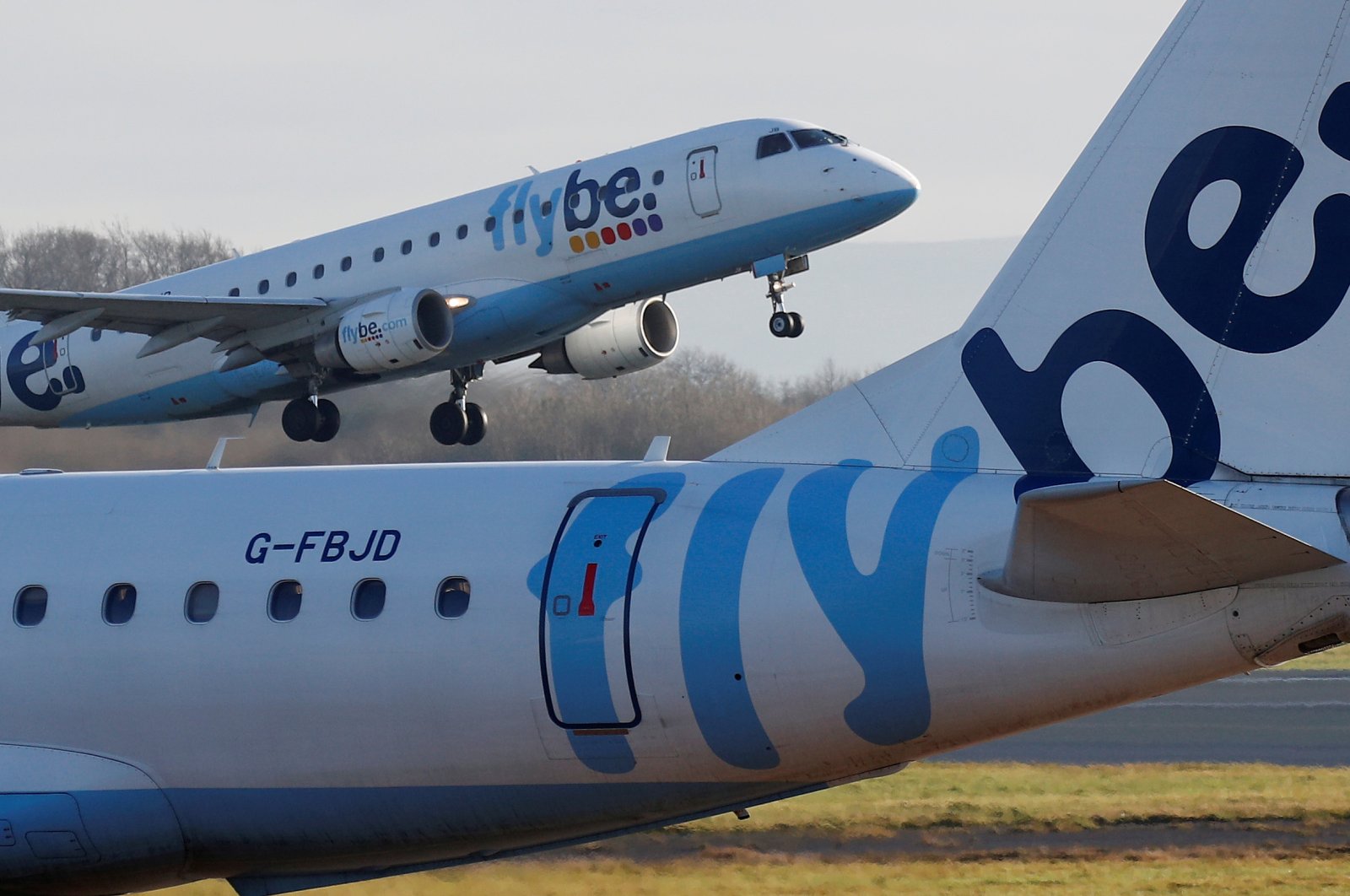 IATA’s estimate is three times a projection from just two weeks ago, before the number of coronavirus cases outside China skyrocketed, leading to the collapse of air travel and putting British Flybe out of business

The coronavirus epidemic could rob passenger airlines of up to $113 billion in revenue this year, an industry body warned Thursday, more than three times a projection it made just two weeks ago as the virus continues to spread around the world.

The warning from the International Air Transport Association (IATA) came as British regional carrier Flybe became the first big casualty of the slump in travel demand due to the crisis.

Norwegian Air also scrapped its profit forecast for 2020, while the U.S. budget carrier Southwest predicted a $200-300 million hit to its first-quarter operating revenues.

"There are lots of airlines that have got relatively narrow profit margins and lots of debt, and a cash flow shock like this could certainly send some into a very difficult situation," IATA Chief Economist Brian Pearce told a media event in Singapore.

Airlines across the globe are rushing to cut flights and costs and warning of a hit to earnings, as a new virus that started in China continues to spread, raising fears of a pandemic that could plunge the global economy into recession.

As a sign of the difficulties the virus is causing for airlines, a Turkish Airlines jet was flown back to Istanbul without any passengers on board on Thursday on orders from Singapore after a passenger who had arrived on the same plane on Tuesday tested positive for the virus.

IATA projected the hit to passenger airlines in lost revenue from the crisis could be anywhere between $63 billion and $113 billion this year, depending on the virus' progression. On Feb. 20, it had forecast a hit of $29 billion.

The latest estimates equate to a drop of between 11% and 19% compared with its 2020 industry revenue forecast in December.

IATA said its lower forecast was based on the virus being contained in current markets with over 100 cases as of March 2, while the higher estimate was based on a broader epidemic. Both scenarios assume there will be a recovery by late summer.

The COVID-19 virus has killed more than 3,000 people and infected tens of thousands more, mostly in China. But it has now spread to more than 60 other countries, leading to travel and other restrictions.

Among the latest events to be canceled is the world air traffic management congress in Madrid, which had been scheduled for March 10-12.

The failure of British regional airline Flybe comes less than two months after a rescue deal for the company was agreed by its owners and the U.K. government.

Despite its commitment to improving regional transport links, the British government backed away from that deal due to the scale of the hit to demand from the virus outbreak.

"All flights have been grounded and the U.K. business has ceased trading with immediate effect," Flybe said as it entered administration, a form of protection from creditors.

The failure of the airline, which has long struggled with losses, not only puts around 2,400 jobs at risk but could also see some regional U.K. airports struggle.

Flybe carried around 8 million passengers a year between 81 airports and was owned by a consortium of Virgin Atlantic, Stobart Group and Cyrus Capital.

Its collapse came a day after Ryanair CEO Michael O'Leary told Reuters it was "inevitable" the coronavirus crisis would lead to airline bankruptcies.

Norwegian Air, a pioneer of low-cost transatlantic travel, has also been struggling for years due to cut-throat competition and heavy debts built up during rapid expansion.

The company, which has repeatedly raised cash from shareholders to stay in business, said Thursday it was scrapping its 2020 earnings guidance, which had predicted a return to profit after three years of losses, due to the drop in travel demand and disruption caused by the virus.

It also said it would cancel 22 long-haul flights between Europe and the U.S. from March 28 to May 5, with routes from Rome to Los Angeles, Boston and New York seeing a reduced number of departures.

Norwegian shares, which have lost more than 50% of their value this year, were down almost 7% at 1130 GMT.

Analysts say few airlines are likely to remain unscathed, as both business and tourist travel is being affected.

The Global Business Travel Association said last week the crisis could scythe $560 billion from spending on corporate travel this year, a 37% drop from its 2020 global expenditure forecast, as meetings and events are canceled and companies limit travel to protect employees.

Data provider ForwardKeys said Thursday new flight bookings to Europe from elsewhere in the world fell by 79% in the last week of February, as the virus took hold in popular tourist destinations such as Italy.

"The drop-off in bookings to Italy is even worse than we have observed in the past for some of the most disruptive events such as terror attacks," ForwardKeys Vice President Insights Olivier Ponti said.