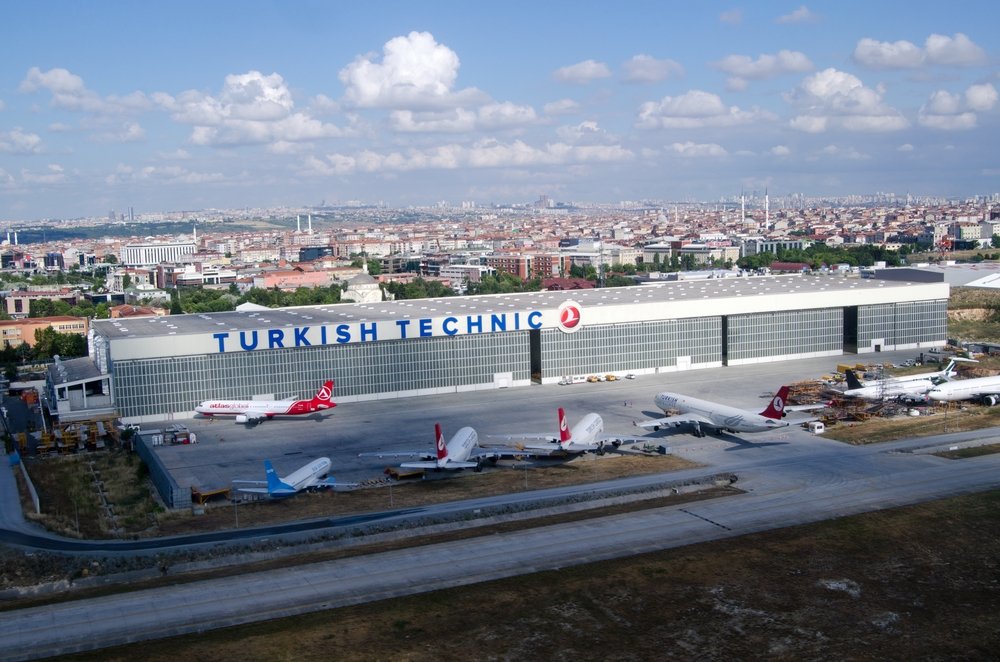 Having become an important aviation industry player, Turkey is being looked at by most members of the D-8 group of developing nations as the center and technical maintenance base of their aircraft industries.

Members, other than Egypt and Iran, have requests for both military and commercial aircraft cooperation with Turkey, said Halil Tokel, vice-chairperson of the Foreign Economic Relations Board’s (DEIK) Malaysia and Indonesia business councils, on Sunday.

“Turkey was asked to establish facilities for aircraft maintenance. In Ashgabat and other centers, they say, ‘come build aircraft maintenance factories,’” said Tokel, who is also an adviser to Turkish Technic, the maintenance, repair and overhaul center of national flag carrier Turkish Airlines (THY).

Turkish Technic recently completed the construction of its new hangars at Istanbul Airport. With an indoor area of 60,000 square meters (around 645,835 square feet), the new complex has the distinction of housing the largest hangars in Turkey.

Tokel’s remarks came after a recent organization meeting, at which the members are said to have discussed developing cooperation in the aviation industry and plans on Turkey establishing maintenance centers in these countries.

“Around $1 billion (TL 7.64 billion) a year could come from the maintenance activity of F-16 aircraft alone. There are hundreds of civilian and military aircraft in these countries. Also, Malaysia and Indonesia need fighter jets,” Tokel noted.

He said they are particularly interested in Turkey’s TF-X National Combat Aircraft (MMU), a joint project between the Turkish Aerospace Industries (TAI) and the Presidency of Defense Industries (SSB).

“When the virus distress is over, important projects will be done with these countries,” Tokel said.

The MMU is a fifth-generation jet with similar features to Lockheed Martin’s F-35 Lightning II. The domestically built aircraft is being developed to replace the Turkish Air Force Command’s F-16 fighters, ahead of the gradual phasing out of the latter throughout the 2030s.

The homegrown fighter jet is expected to make a maiden flight using a domestic engine in 2029.

The D-8 member countries have not made a joint project to date, Tokel said.

“There are political or economic reasons. But now the idea of cooperation is getting stronger. At every stage, Pakistan says, Turkey is a fraternal country. Malaysia’s relations with us are very good; it is considering increasing investments,” he noted.

He indicated that they had a meeting with D-8 civil aviation authorities in Pakistan a couple of months ago, adding that they attended in the name of Turkish Technic.

“We made a presentation there. We came up with three suggestions. We wanted eight authorities to come together and establish a single authority. Like the aviation authority in Europe. We have requested that the aerospace industries of the eight countries be coordinated,” Tokel noted.

As Turkish Technic, he said they were up to the job. “We will gather the civil aviation authorities of D-8. We will introduce them to each other. We have offered to take the aircraft maintenance companies of the eight countries under a single umbrella.”