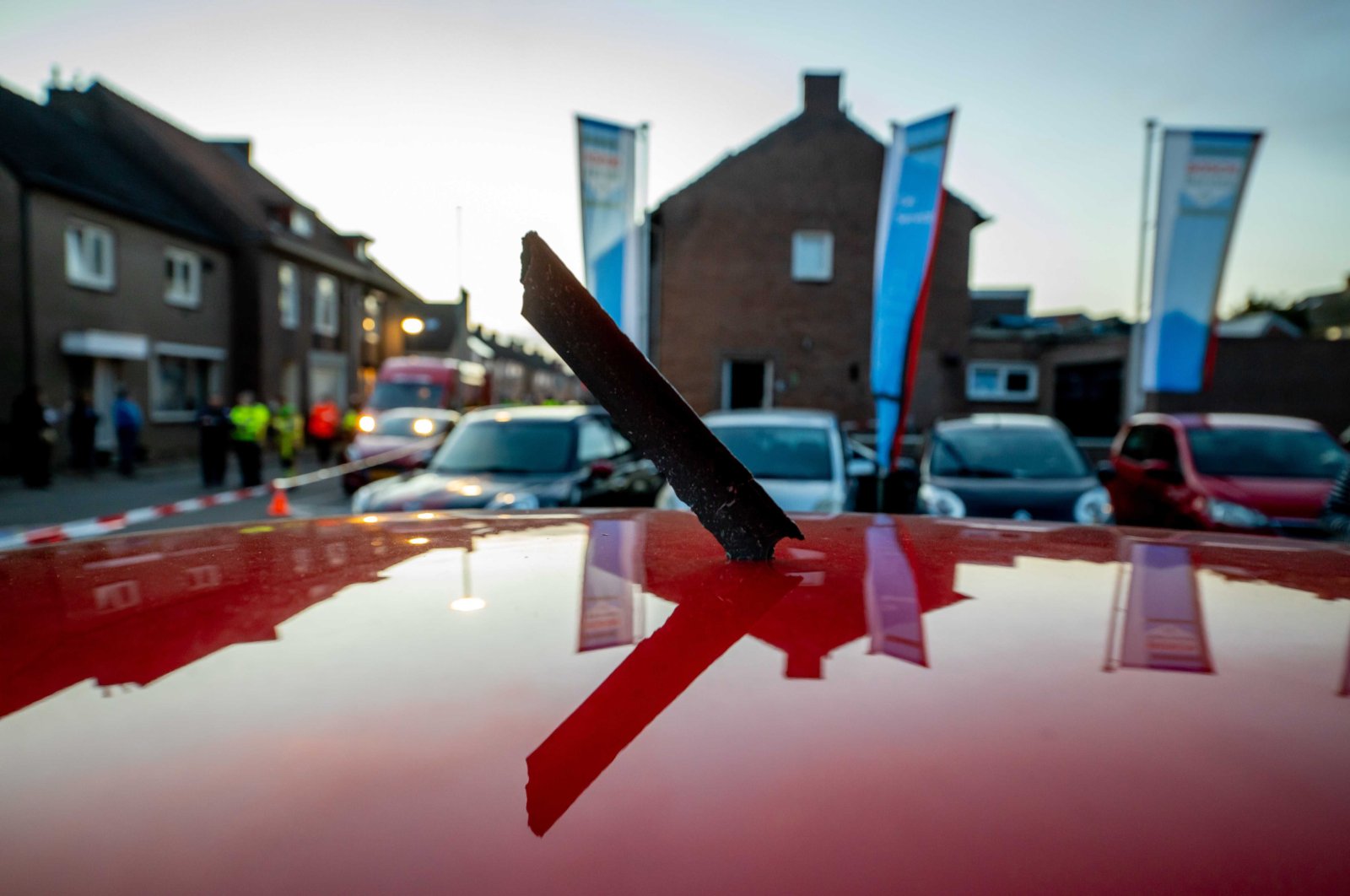 An engine part that fell off a cargo plane that took off from Maastricht Aachen Airport on the roof of a car at a garage in Utrecht, the Netherlands, Feb. 20, 2021. (EPA Photo)
by Agencies Feb 22, 2021 12:54 pm
RECOMMENDED

An incident involving a Boeing 747-400 cargo plane that dropped engine parts shortly after take-off from Maastricht airport on Saturday is under investigation, the Dutch Safety Board said.

An elderly woman was hit in the head and had to be treated at a hospital, Deutsche Presse-Agentur (dpa) cited police as saying. A child was also reportedly slightly injured and suffered burns when trying to pick up pieces of debris from the ground.

"Our investigation is still in a preliminary phase, it is too early to draw conclusions," Reuters quoted a spokesperson for the Dutch Safety Board as saying on Monday.

Witnesses said they saw a fire in one of the engines of the plane, which landed safely at Liege airport in Belgium, some 30 kilometers (19 miles) south of Maastricht.

The cargo plane, which was supposed to fly from the Netherlands to New York, used a Pratt & Whitney PW4000 engine, a smaller version of the one on the United Airlines Boeing 777 that suffered engine failure on Saturday.

Boeing said on Sunday that it was recommending airlines halt flights of some older, PW4000-powered versions of its 777 airliners pending inspections after an engine on the United Airlines flight caught fire and scattered debris over Denver in the United States over the weekend.

Europe's EASA aviation regulator said on Monday that it was aware of the Pratt & Whitney jet engine incidents, and was requesting information on the cause to determine what action may be needed.