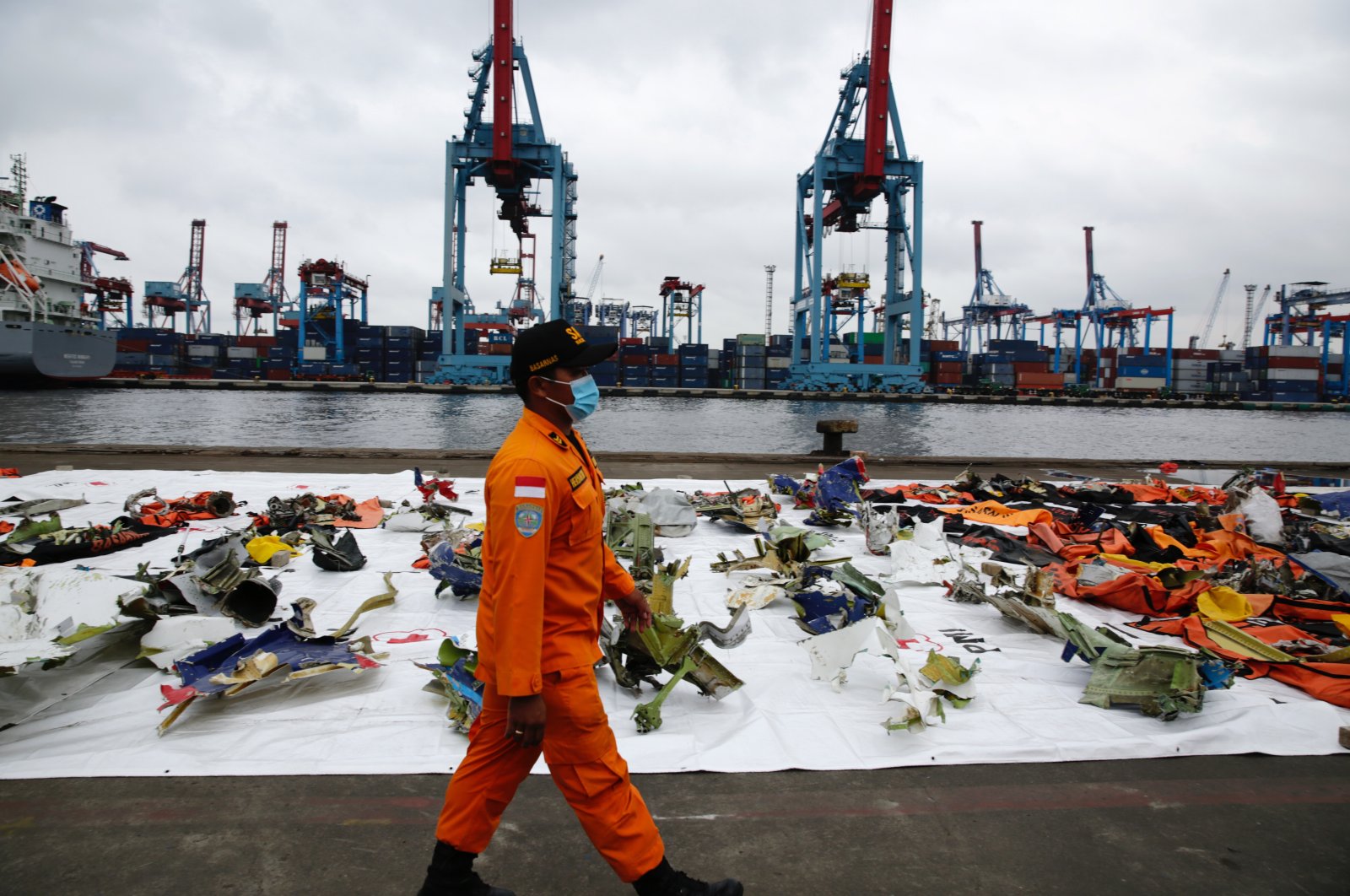 A member of Indonesia's National Search and Rescue Agency (BASARNAS) walks past the debris of Sriwijaya Air flight SJ 182 plane recovered from the crash site in the waters off Jakarta at Tanjung Priok port in Jakarta, Indonesia, Jan. 17, 2021. (EPA Photo)
by Agencies
Feb 10, 2021 11:32 am

A preliminary report by investigators revealed that the Indonesian passenger aircraft which crashed into the sea in early January after taking off from the capital Jakarta had problems with its automatic throttle system that may have caused the pilots to lose control.

National Transportation Safety Committee investigators said they are still struggling to understand why the jet nosedived into the water minutes after taking off from Jakarta on Jan. 9, killing all 62 people on board.

The investigators issued a preliminary report that provided new details of the pilots’ struggle to fly the plane from almost as soon as it became airborne.

The lead investigator, Nurcahyo Utomo, said the left engine's throttle lever had moved backward on its own while autopilot was engaged, reducing the power output of that engine just before the jet plunged into the sea.

"Both throttle levers showed anomalies," Nurcahyo said at a news conference announcing a preliminary report on the accident.

"We are still investigating what went wrong because there are 13 components connected to the throttle."

He said pilots of previous flights had reported problems with the automatic throttle system on the 26-year-old jet.

A full report on the crash is expected early next year.

Nurcahyo said the aircraft's cockpit voice recorder, which is still missing, could provide more answers on what happened during the doomed flight.

All but four of the 62 victims have been identified, the airline said.

Indonesia’s aviation industry grew quickly after the nation’s economy was opened following the fall of dictator Suharto in the late 1990s. Safety concerns led the United States and the European Union to ban Indonesian carriers for years, but the bans have since been lifted due to better compliance with international aviation standards.