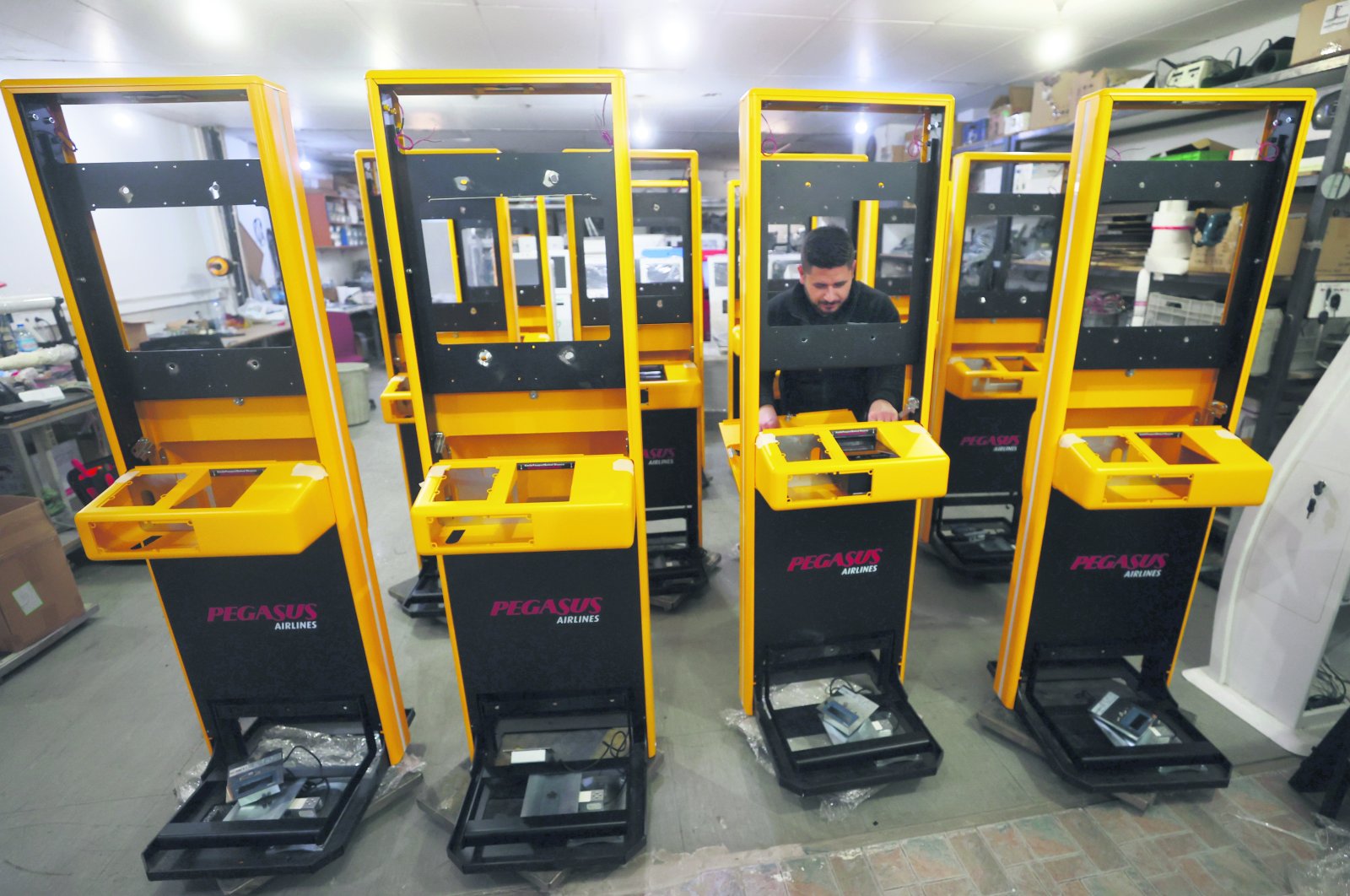 Emse Engineering, the first company to develop devices such as kiosks and mobile check-in counters for the Turkish aviation industry, has started exporting its products to Russia and Kazakhstan as the impact of the COVID-19 pandemic on the aviation industry is on the wane.

The company, which has been operating in Middle East Industry and Trade Center (OSTIM) in Ankara for 34 years, is known for its airport automation systems, as well as the queueing systems used in banks, hospitals and public institutions.

Emse Engineering Chairperson of the Board Muslu Oğuz told Anadolu Agency (AA) that they have been investing in aviation automation systems since 2012, and started to export their queueing systems to many countries, especially the Middle East and North Africa. He added that the company makes their own software for the devices they produced.

Emphasizing that they have achieved success in Turkey’s civil aviation passenger automation with the collaboration of Turkish Airlines officials, Oğuz said that Emse Engineering is still the only Turkish firm that manufactures and exports in this field.

“It makes us proud. We are an authorized solution partner of the International Air Transport Association (IATA) on civil aviation automation,” he said.

Oğuz noted that their systems are being used at 18 airports including Istanbul Airport, Istanbul Sabiha Gökçen Airport, and the airports of Izmir and Ankara. Noting that this situation increased their credibility in international arena, Oğuz noted their firm has received partnership offers from some rival companies abroad, but refused due to their “commitment to production.”

He said that the company adapted the devices to comply with COVID-19 conditions after the pandemic started. "We have developed some new features including making transactions on a mobile phone without touching the kiosks, measuring body temperature and stopping the transaction if the passenger is at risk in terms of the pandemic. We have started to receive new orders from abroad with the reduction of measures in the aviation sector. We have exported our systems to 30 countries so far,” he said.