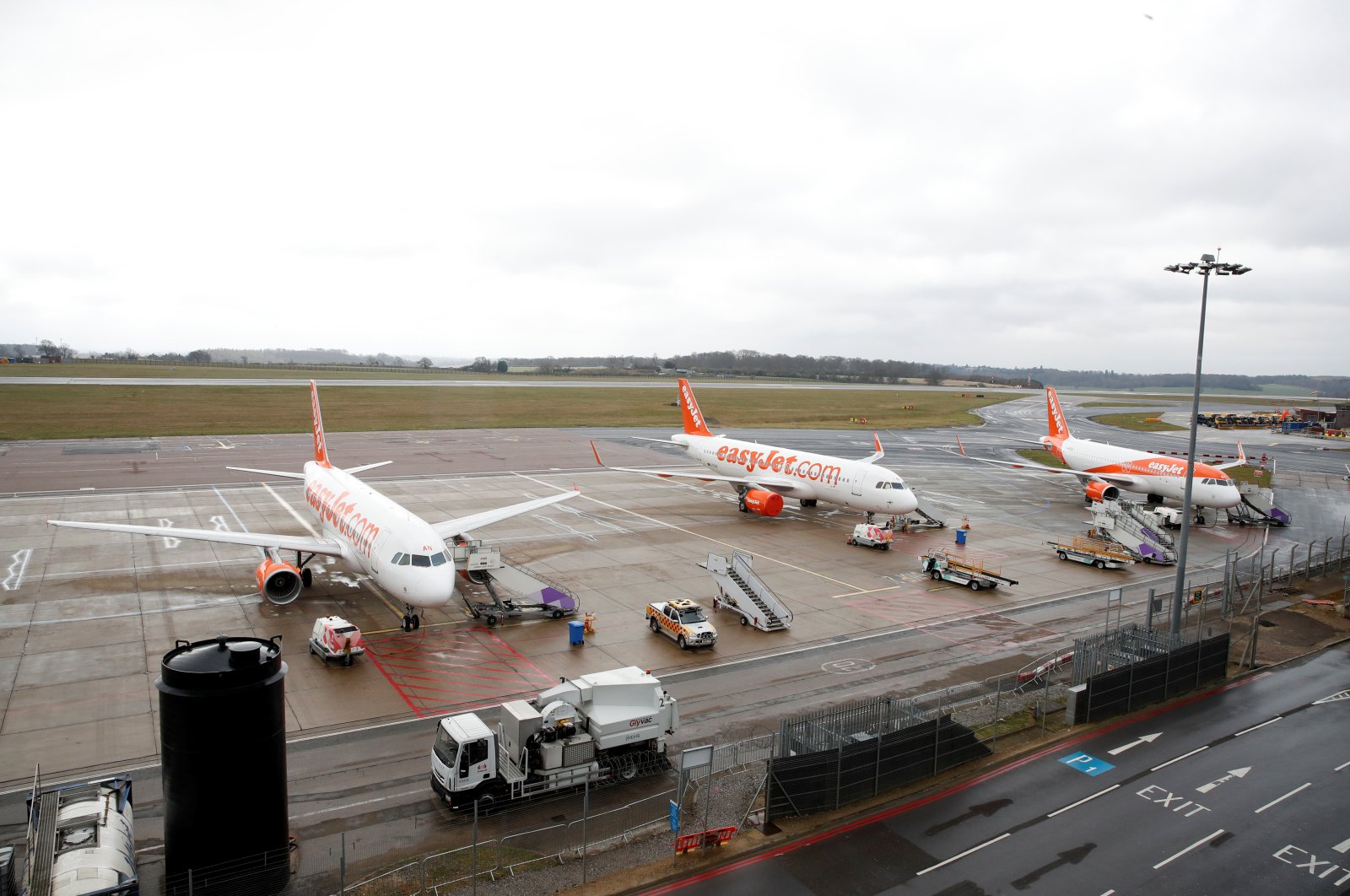 Easyjet planes are seen parked at Luton airport after easyJet announced it has grounded its entire fleet, as the spread of the coronavirus continues, Luton, Britain, Monday, March 30, 2020. (REUTERS Photo)
by Compiled from Wire Services Mar 30, 2020 4:11 pm
RECOMMENDED

European airlines are waiting in line for coronavirus bailouts from their governments so they can survive the pandemic, as Britain's easyJet on Monday became the latest international carrier to ground all of its flights, with no clear idea when they might resume.

EasyJet said it would lay off its 4,000 U.K.-based cabin crews for two months. They won't work from April 1, but they will get 80% of their average pay under a state job retention plan.

U.K.-based Virgin Atlantic, 51% owned by Richard Branson's Virgin group and 49% owned by U.S. airline Delta, made a proposal to the government's adviser Rothschild and is hoping to get a response by the end of this week or early next week, the source told Reuters on Monday.

It was not clear whether Virgin could receive commercial loans and guarantees, or whether the government could take a stake in the airline.

Meanwhile, easyJet shares lost as much as 10% of their value in early trading on Monday, having halved over the last month. The airline now has a market capitalization of about $2.9 billion. Its shares were down 8% at 11:45 GMT.

"We think the group has enough liquidity to manage a short suspension of European air travel, but if the disruption proves prolonged, or the recovery is sluggish, easyJet could be in real trouble," said Hargreaves Landsdown analyst William Ryder.

Also on Monday, the European Council, representing its 27 member states, formally shelved until Oct. 24 the requirement that airlines use 80% of their slots – take-off and landing authorizations – or lose them the following year.

It aims "to help air carriers cope with the drastic drop in air traffic," the council said in a statement.

EasyJet was also under pressure from its founder, Stelios Haji-Ioannou, who asked in a letter on Sunday for it to cancel or renegotiate a $5.6 billion order for 107 Airbus planes because the extra aircraft would destroy shareholder value.

Haji-Ioannou, who along with his family owns about a third of easyJet's shares, has been a long-time critic of the airline's plans, saying it was putting expansion before profit growth.

EasyJet said it was trying to reduce payments, including those on aircraft, and would respond to the letter privately. It has said many times that its arrangement with Airbus gives it a great deal of flexibility.

Airbus played down any possibility of canceling the easyJet contract. "Any order that appears on our table is audited and is firm," an Airbus spokesman said.

Industry sources, however, said there will likely need to be talks with easyJet and other airlines about delaying deliveries.