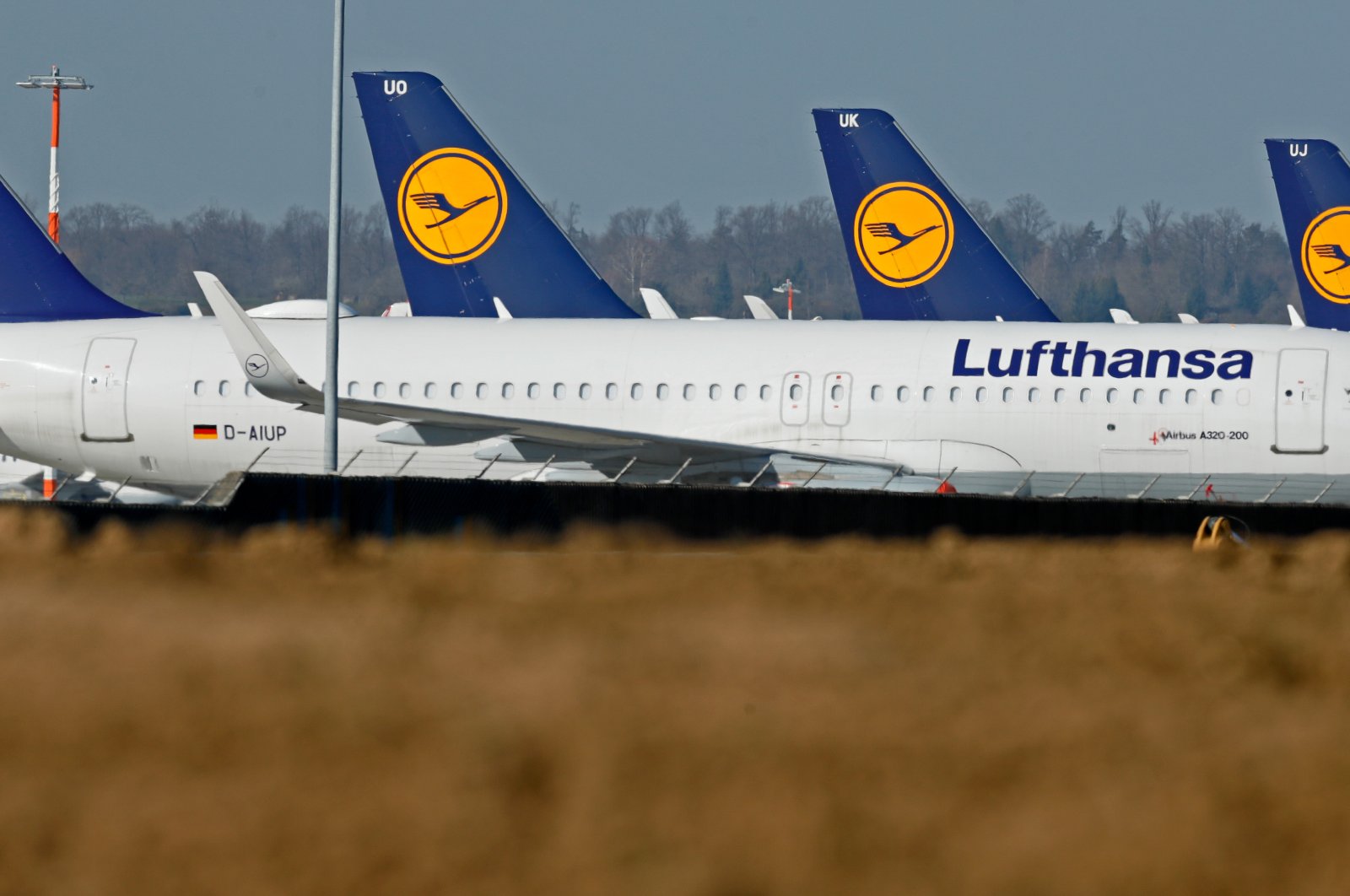 At the peak of lockdown measures, German aviation giant Lufthanser was posting loses of up to 1 million euros per hour, April 29, 2020 (IHA Photo)
by ASSOCIATED PRESS May 18, 2020 6:16 pm
RECOMMENDED

European airlines are planning for a return to the skies this summer after being grounded almost completely for weeks over the coronavirus pandemic. The outlook, however, remains uncertain, with companies forecasting a slow recovery even next year due to public health restrictions and concerns.

Finland's national airline, a major carrier between Europe and China, said Monday it would add more flights and routes beginning in July provided governments eased their lockdowns enough for travel to resume. The relaunch is expected to begin in phases, with a strong focus on Asia, which is strategically important for the state-controlled airline.

"We expect aviation to recover gradually, starting in July”, Finnair Chief Commercial Officer Ole Orver said in a statement. "Our intention is to operate approximately 30% of our normal amount of flights in July, and we will also start long-haul flights to our key Asian destinations. We will then add routes and frequencies month by month as demand recovers.”

In July, Finnair also aims to resume flying to several cities in Europe as well as six domestic routes. Destinations in Spain, Italy and Poland would be added in August. The airline does not expect passengers to have to sit next to each other as the numbers are forecast to be small.

Spokesperson Paivyt Tallqvist told the AP that customers "are seated as far away from each other as possible” with the exception of families, which can sit together. She added that as of Monday: "We require everyone to wear a mask on board, as masks are considered to be a good solution for those situations where maintaining distance is not possible.”

The masks are to be worn during the entire flight but won't apply to children under 7. Passengers will be asked to stand at least 1 meter (3.3 feet) from each other at the airport, buses will be kept half empty and customers will be are asked to avoid unnecessary movement in the cabin.

Other airlines are likewise preparing to fly more soon, though the prospects remain uncertain.

The Lufthansa Group’s low-cost carrier Eurowings said Monday it was expanding its summer vacation flights starting from June by adding 40 destinations – including Spain’s Mallorca, Split in Croatia and the Greek island of Santorini.

The airline warned that customers should check the status of local restrictions. It offered free rebooking up until 14 days before departure, including changing destinations on flights within Europe.

Budget airline Ryanair, which had been the busiest carrier in Europe before the pandemic hit, has also said it is preparing to restart flights in July, pending an easing in lockdowns.

On Monday, the Irish aviation group said it expected a record loss of 200 billion euros ($220 billion) for the April-June quarter when the heaviest restrictions on public life were implemented across Europe. It also expects a slow recovery, estimating it will carry only 50% of its previously forecast number of passengers over 2021.