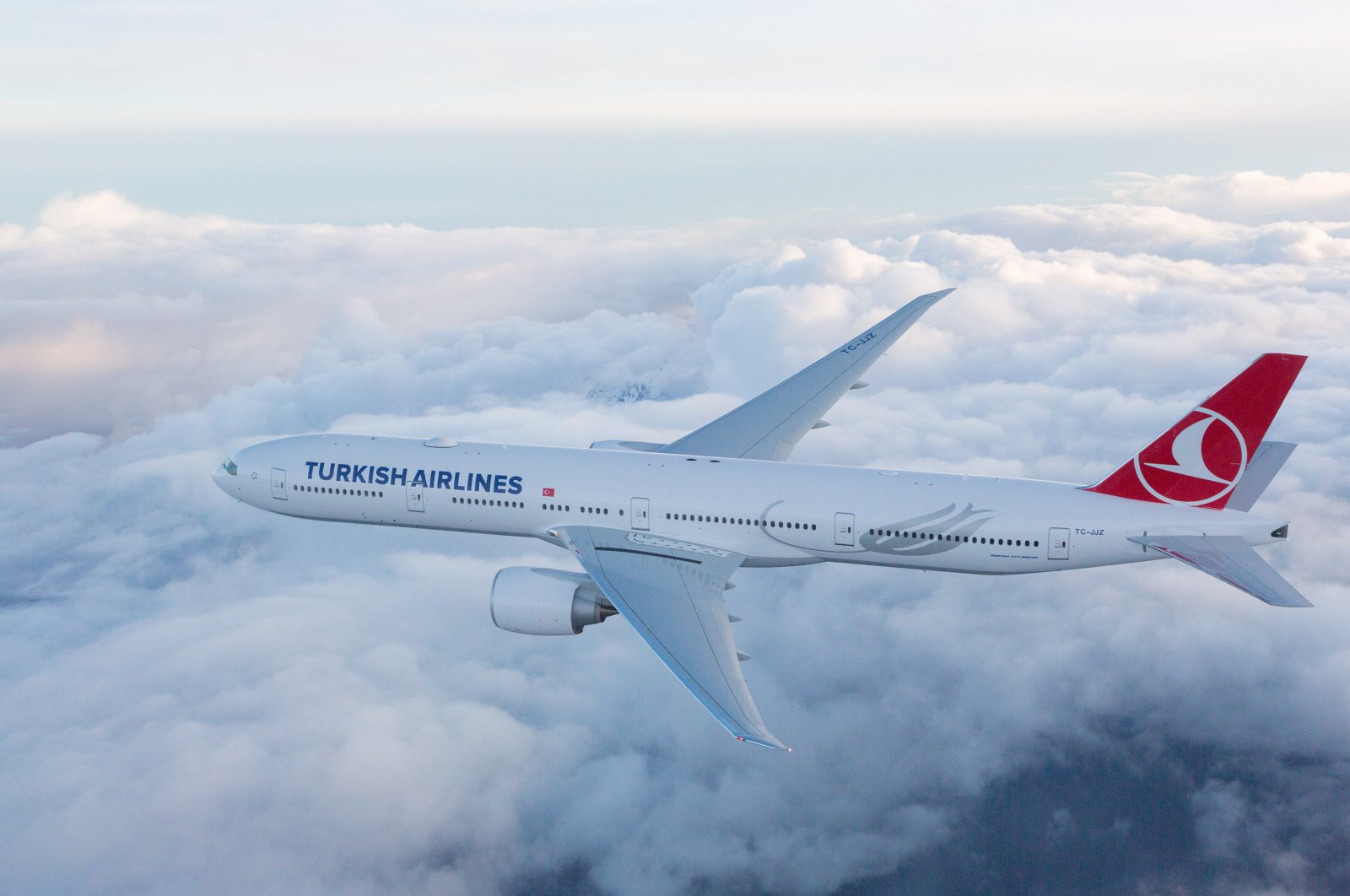 Turkish Airlines has drafted a plan for resuming flights after a halt caused by coronavirus restrictions. (DHA Photo)
by DAILY SABAH WITH AA May 06, 2020 12:27 pm
Edited By Ayşe Betül Bal
RECOMMENDED

Turkish Airlines has drafted a flight plan for June, July and August as it looks to restart domestic and international flights after a suspension due to the novel coronavirus – which hit the global aviation industry hard as governments imposed travel restrictions one after another to curb the spread of the virus.

The airline is projected to operate 60% of domestic flights to all destinations, then to add more destinations in July and August.

The number of destinations and flight frequency on international routes in July will rise to 103 and 572, respectively, and to 160 and 937 in August.

Turkish Airlines had suspended all domestic or international flights until May 28 as a public safety measure against the COVID-19 pandemic.

Aviation is among the industries hardest hit by the pandemic, which has struck 185 countries and regions and infected some 3.66 million people worldwide since emerging in China last December. Turkey has recorded 129,491 coronavirus cases so far with 73,285 recoveries.

A normalization process for Turkey is set to start gradually as the fight against the virus has proven successful and the country has seen more recoveries than new cases in recent days.

According to a previous statement by Turkish Airlines, the number of passengers it carried in the January-March period declined by 20% to 13.4 million, down from 16.7 million in the same period of 2019 due to the pandemic measures.

Meanwhile, the company has converted its passenger flights into cargo flights during that period.

Turkish Cargo, a division of THY, has started to operate cargo flights with Turkish Airlines’ passenger aircraft, in addition to its flights with 25 high-capacity freighters, to boost its capacity to prevent any supply chain disruption and to carry critically important medical freight amid the coronavirus pandemic.

According to the previous statement, the company’s cargo and mail carried during the first quarter increased by 3.6% year-on-year to 378,743 tons.