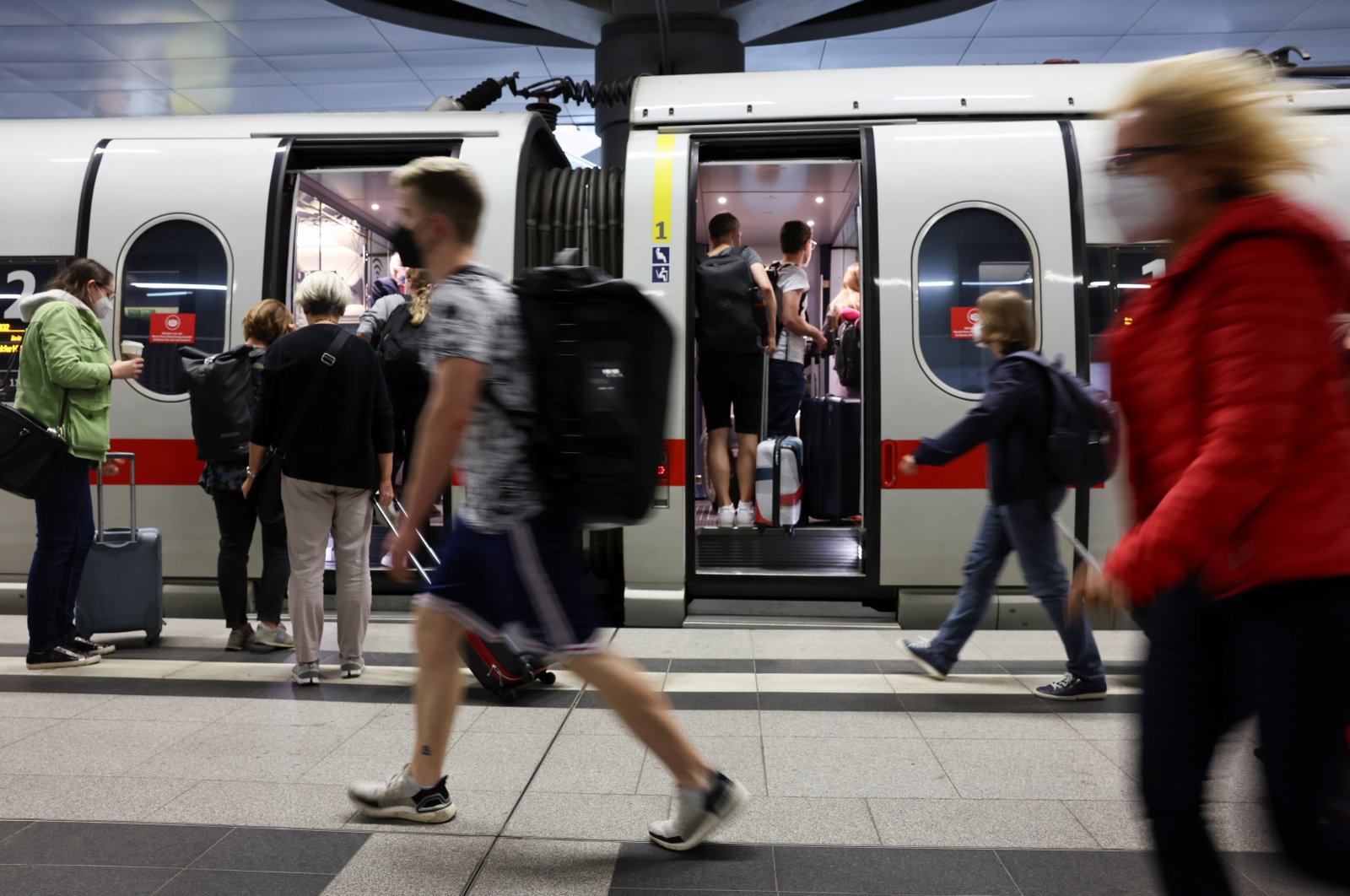 German train drivers voted to go on strike from Tuesday over a wage dispute, their union said, delivering a blow to summer vacationers and adding to logistics and supply woes already plaguing the industry.

The walkout was to affect cargo trains from 7 p.m. (5 p.m. GMT) on Tuesday, before extending to passenger traffic at 2 a.m. on Wednesday, said the leader of the train drivers' GDL union, Claus Weselsky.

Some 95% of union members had voted for the first round of industrial action, which is due to end Friday.

“That is more than we expected ... This result shows very clearly the mood among Deutsche Bahn's personnel,” Weselsky said.

Train operator Deutsche Bahn (DB) slammed the decision as an "unnecessary escalation on the back of rail customers."

"Just as people are traveling more again and using trains, GDL leaders are destroying the upswing that we urgently need given the huge damage from the coronavirus pandemic," said Martin Seiler, DB board member for human resources and legal affairs.

But Weselsky argued that the GDL "intentionally chose this timeframe in the week to limit the impact on weekend and holiday traffic" and that it was "never the best time" for a strike.

The strike marked a new setback at the height of the key summer vacation season for the travel industry which was only starting to recover after months of shutdown over coronavirus infection risks.

Many German states are on summer vacation, and travelers are heavily relying on trains to get around. However, customers who have already bought tickets for the coming days when train travel will likely come to a standstill in Germany can request refunds.

The last major conflict between unions and DB took place between 2014-2015 when over nine months, GDL organized nine rounds of strikes to demand regulatory reforms.

The stoppage in May 2015 of six consecutive days has held the record as the longest in the company's history.

Deutsche Bahn had offered to phase in a 3.2% wage increase in two steps but the two parties were unable to agree on when the hikes would apply.

The fight for influence was all the more critical due to a rule coming in force this year stipulating that the collective deal negotiated by the biggest union applies across the sector.

Besides suffering losses on shrinking passenger traffic during the COVID-19 health emergency, Deutsche Bahn is also struggling to cover around 1.3 billion euros ($1.52 billion) worth of damage caused by floods that hit western Germany last month.