Global air traffic will not return to pre-crisis level before 2024, IATA says 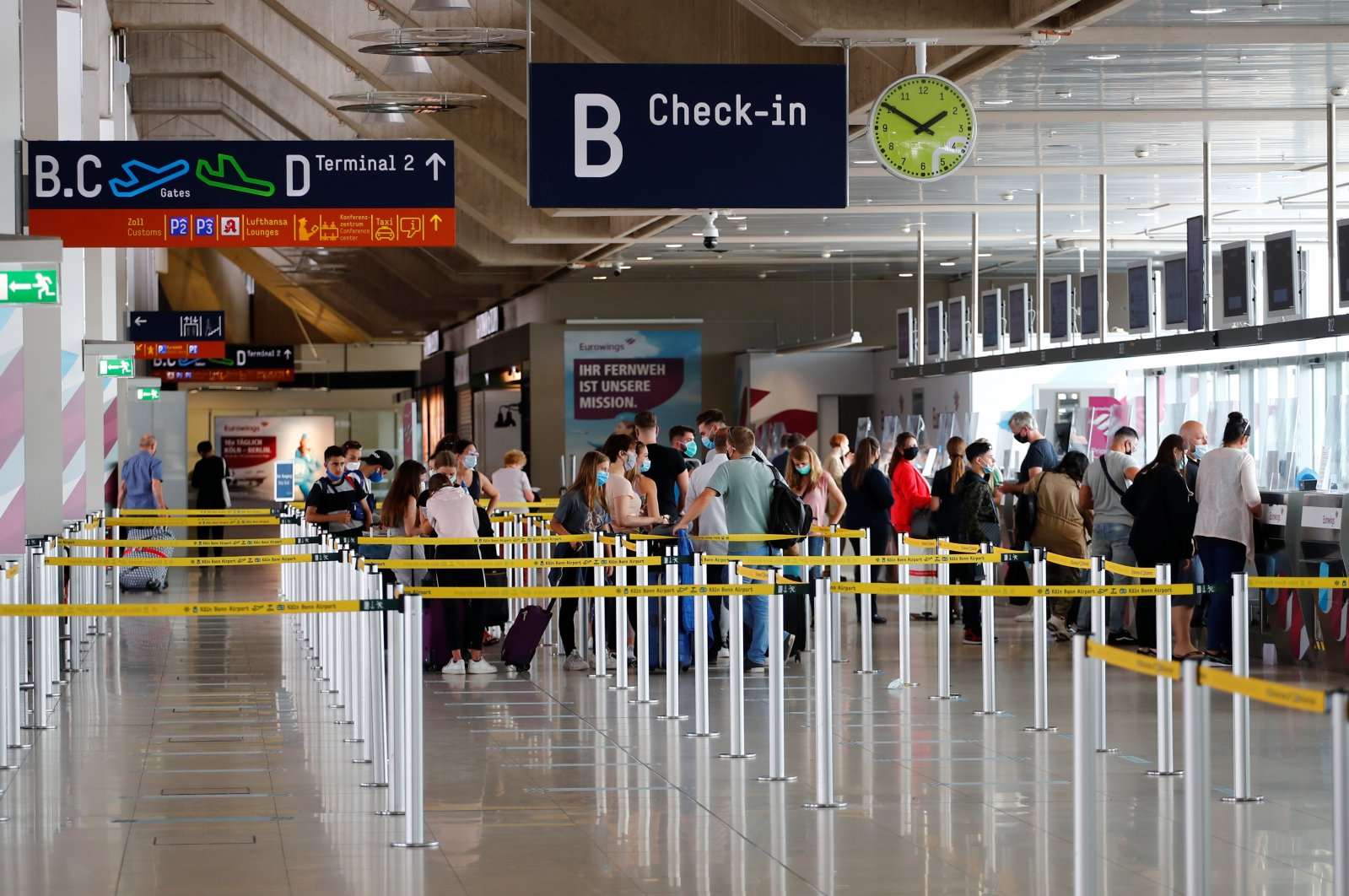 Travelers line up at a check-in counter of the Cologne-Bonn Airport, as the spread of the coronavirus disease (COVID-19) continues, in Cologne, Germany, July 28, 2020. (Reuters Photo)
by REUTERS Jul 28, 2020 5:13 pm
RECOMMENDED

Global airlines cut their coronavirus recovery forecast on Tuesday, saying it would take until 2024 – a year longer than previously expected – for passenger traffic to return to pre-crisis levels.

In an update on the pandemic's crippling impact on air travel, the International Air Transport Association (IATA) cited slow virus containment in the U.S. and developing countries and a weaker outlook for corporate travel.

Lingering travel barriers and new restrictions in some markets are also weighing on nearer-term prospects, IATA said, cutting its 2020 passenger numbers forecast to a 55% decline – sharper than the 46% drop predicted in April.

"The second half of this year will see a slower recovery than we'd hoped," IATA Chief Economist Brian Pearce said. June passenger numbers were down 86.5% year-on-year, the organization said, after a 91% contraction in May.

A surprise move by Britain to quarantine arrivals from Spain has created a lot of uncertainty, Pearce said. "That is clearly going to be an issue with the recovery."

Recovery prospects are weakened by the spread of COVID-19 in the U.S. and developing countries together representing 40% of global air travel, IATA said.

Business travel may also face a sustained slump, threatening the profitability of long-haul airlines and routes as corporate clients rein in spending and make greater use of videoconferences that have become the norm during lockdowns.

"It will remain to be seen whether we see a recovery to pre-crisis business travel patterns," Pearce said. "Our concern is that we won't."

Long-haul carriers may need to rely more heavily on cargo to maintain the viability of some routes because of lower business demand, he said.

"For many network airlines, the premium-paying passengers were essentially the ones who drove the profitability."