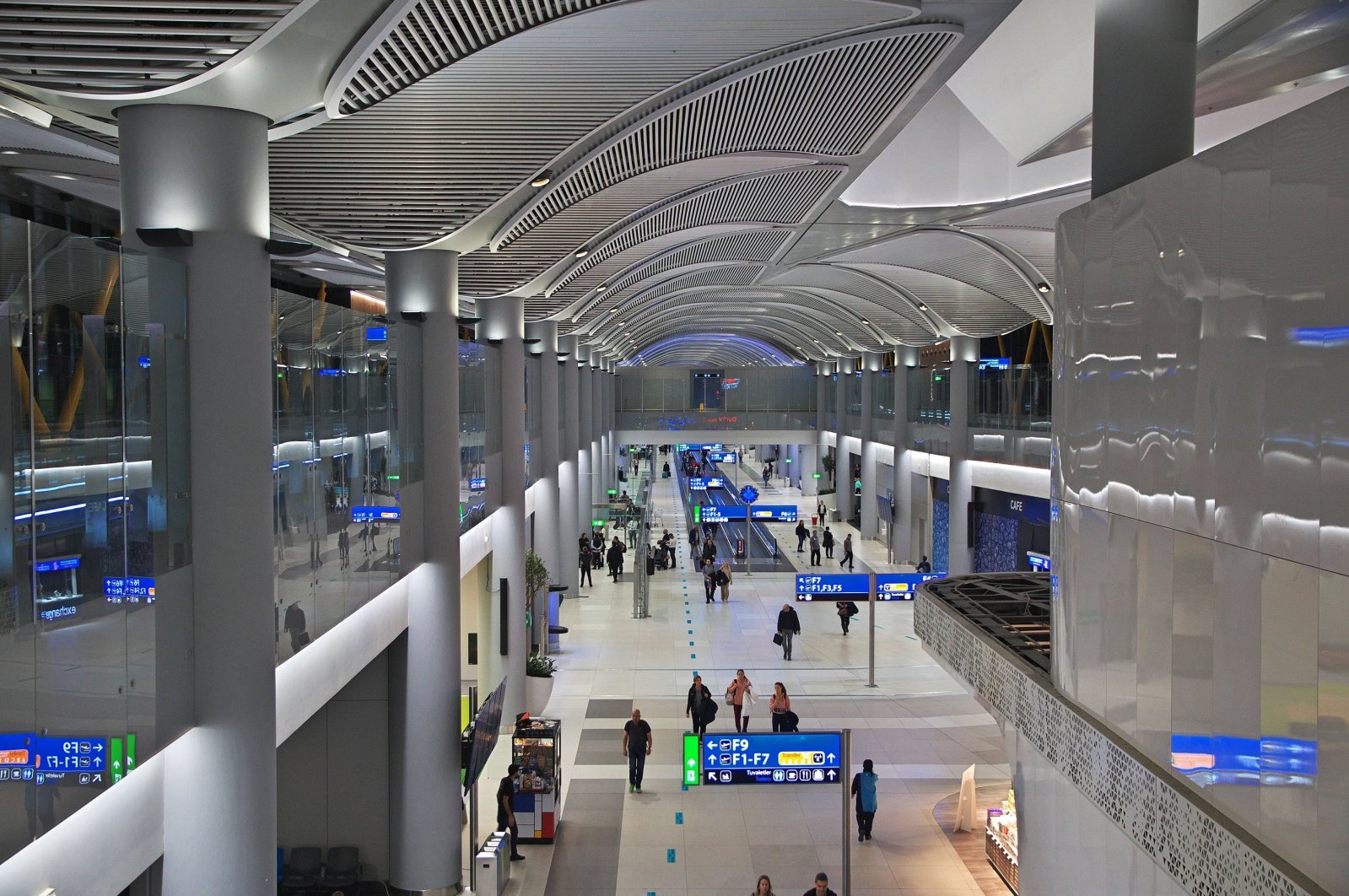 Istanbul Airport, which is the world's largest airport with an annual passenger capacity of 90 million and the most important global transfer center in the region, continues to receive awards from respected institutions of the aviation industry for its strong infrastructure, efficient operation, superior technology and outstanding travel experience, the airport’s operator, IGA, said in a statement Thursday.

Most recently, the Air Transport Research Society (ATRS) that operates under the World Conference on Transportation Research (WCTRS) awarded Istanbul Airport as being "Europe's Most Efficient Airport" in the category of carrying more than 40 million passengers.

IGA shared the related news on its Twitter account that read: “We continue to receive awards from respected institutions of the sector with our efficient operation capability, superior technology and outstanding travel experience we offer. We have been awarded the 'Europe's Most Efficient Airport' award by the Air Transport Research Association (ATRS).”

The examination was conducted by the ATRS researchers that hosted the "Annual Global Airport Performance Comparison Project" held at Embry-Riddle Aeronautical University in Florida, United States, under the guidance of a team of 16, including leading academics from Asia Pacific, Europe and North America. The airports to be awarded within the scope of the project were determined in their region and size classes according to the qualification ranking measured by the "Residual Variable Factor Efficiency (R-VFP) Index."

The airports that won awards were announced together with the ATRS airport benchmark report at the 24th ATRS World Conference held online on Aug. 26-29.

The conference saw wide participation from all segments of the aviation industry, including airline companies, airports, air traffic control and aviation executives, bureaucrats, consultants and academics.

Fırat Emsen, deputy general manager of Technical Services at IGA Airport Operations, whose views were included in the company statement, noted that every award they won is very valuable to them as it shows that their success is appreciated with admiration in the international arena.

“We implement our efficiency policies, which we started during the construction phase of Istanbul Airport and continued during the operational phase, thanks to our trained teams at every stage of our business. Innovation, technology, digitalization, system and operations integration and fast decision making are prioritized at Istanbul Airport, which functions flawlessly with the efficiency we provide,” Emsen said.

The company official said that as Istanbul Airport, the gateway to the world, they “will continue to carry out successful and award-winning projects.”