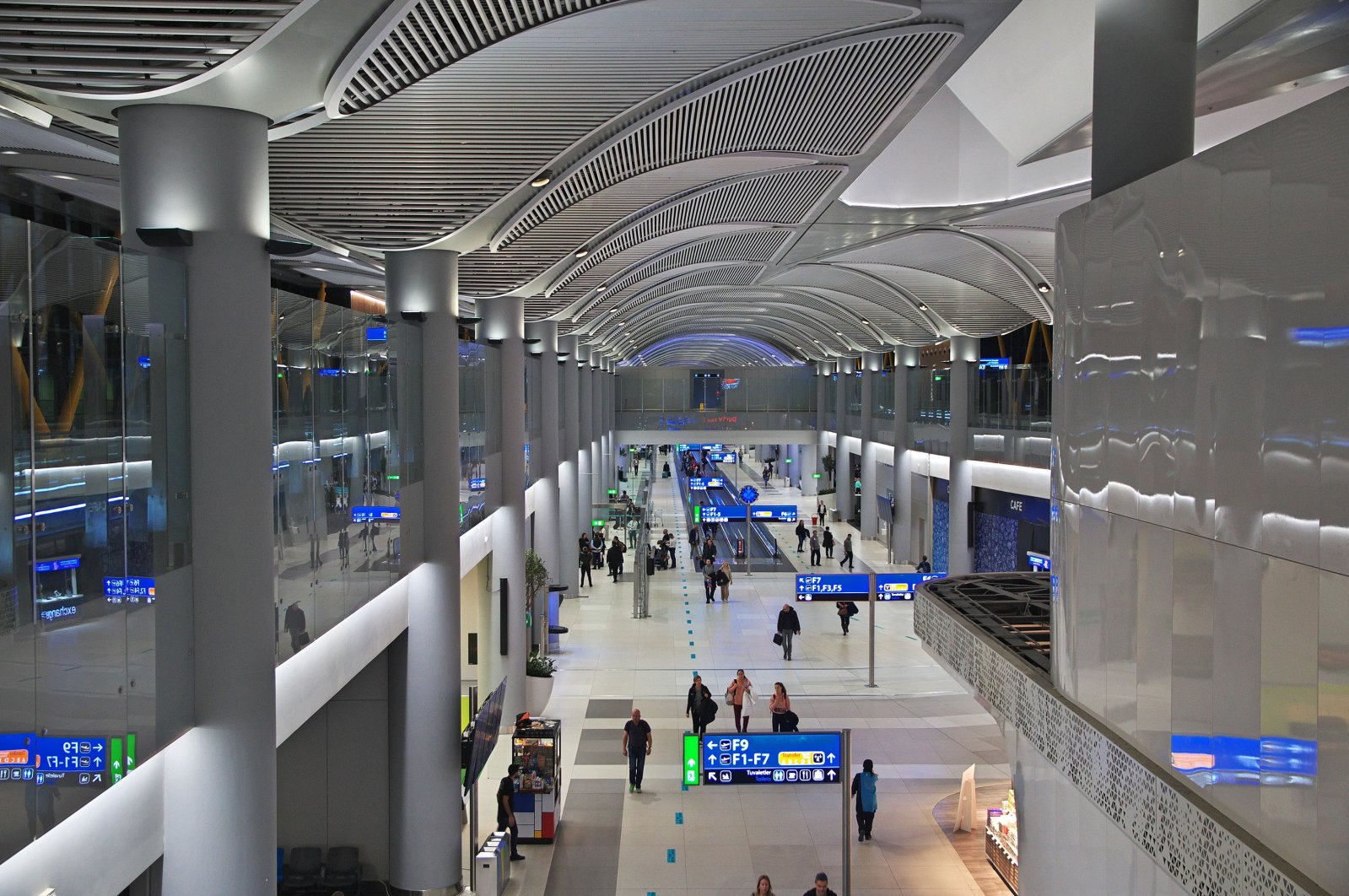 Istanbul Airport, the city’s mega airport on the European side, is pledging net-zero CO2 emissions by 2050 under the scope of an initiative led by Airport Council International (ACI) covering 238 airports worldwide, the operator company said in a statement Wednesday.

The operator, IGA, said they continue to work toward sustainable development and that the zero-emission commitments are part of this.

The “ACI Net Zero 2050” initially started in June 2019 to mobilize airports to combat the climate crisis and move towards decreasing their carbon footprint.

As part of the Istanbul Airport’s works on decreasing carbon emissions, several steps were taken including the establishment of an ISO 50001 Energy Management System, energy efficiency activities, system enhancements with energy audits, an ISO 14064 Greenhouse Gas Management System, greenhouse gas calculations, fortification works, the use of electric vehicles and the establishment of electric vehicle charging stations.

The airport, which will carry on works to reach its targets as of 2050, committed additional steps like solar power plant establishments, receiving renewable energy from the electric grid, a greater transition to electric vehicles and the establishment of more charging stations, using biodiesel in heavy vehicles, energy efficiency works and using hydrogen fuel for heating and transportation purposes in line with technological developments.

IGA CEO Kadri Samsunlu, whose views were included in the company statement, said as IGA they are acting with knowledge that they have a huge responsibility towards next generations.

“We have prepared our ‘Net Zero CO2 Emission’ roadmap for the Istanbul Airport, Turkey’s gateway to the world,” and undertaken “aggressive planning” to create a strategy for decreasing carbon emissions.

He said that some of the targeted steps are for the near term and some are for the long term but that they will carry out all of them by 2050.

ACI EUROPE General Director Olivier Jankovec, for his part, congratulated Istanbul Airport for being part of the collective commitment by airports around the world.

“Bringing de-carbonization works to a same direction per the global targets and thus carrying the climate agenda forward will not be an easy task for any of the sectors let alone those who were hurt the most from the COVID-19 crisis, the recovery process of which will last years,” Jankovec said.

“I would like to thank the Istanbul Airport team that is volunteering to do more by focusing on the net-zero targets,” he added.