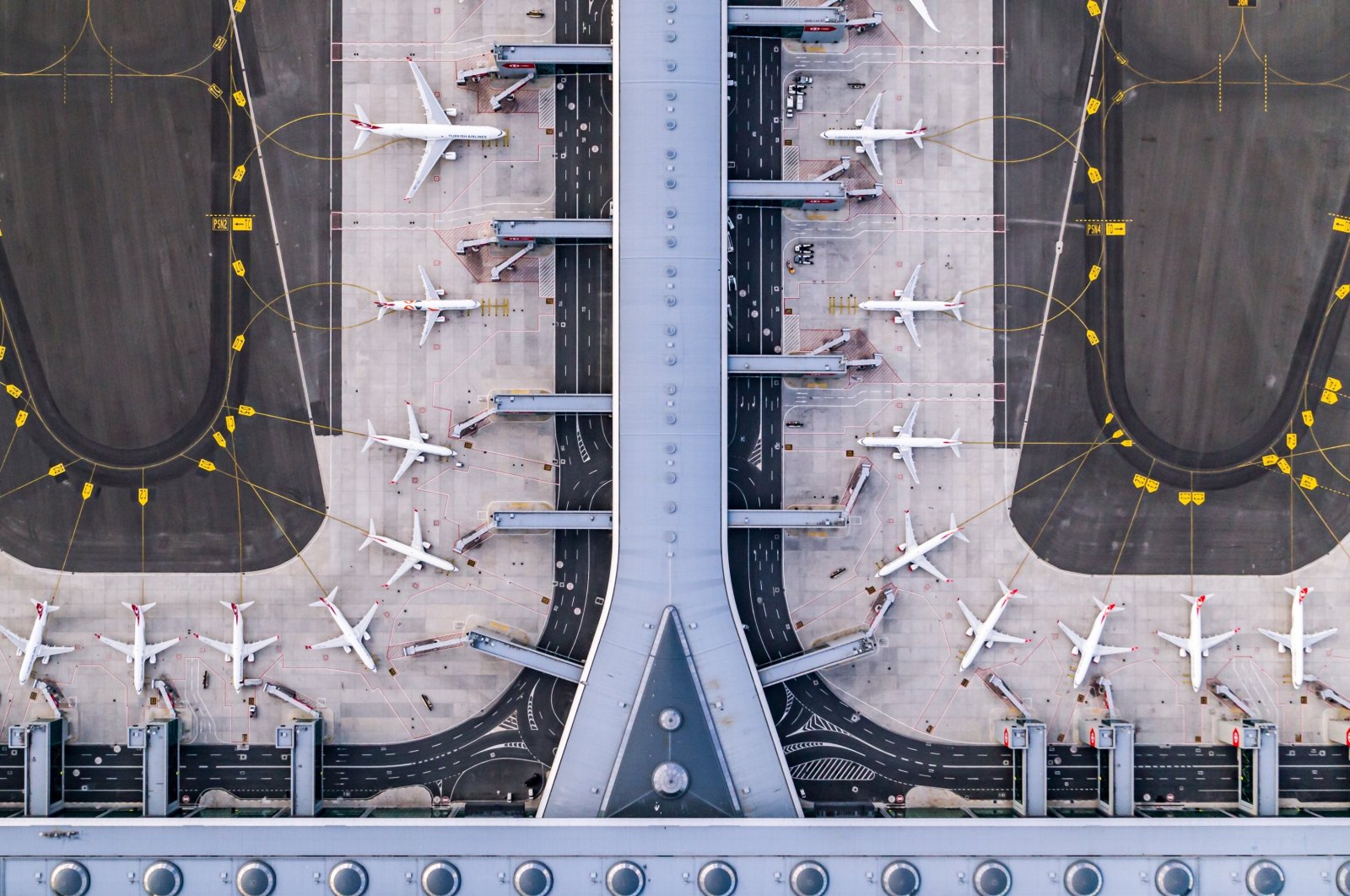 Istanbul’s mega airport, Istanbul Airport, was the busiest in Europe between June 10-24, according to official data.

Data from the European Organization for the Safety of Air Navigation (Eurocontrol) shows that the state-of-the-art airport hosted the highest number of flights with an average of 764 daily flights during the period. This was a 12% increase over the previous two-week period.

Sabiha Gökçen Airport, Istanbul’s second international airport and located on the metropolis’ Anatolian side, ranked 6th with an average of 582 flights per day. It increased its flights by 16%.

Even with all of the restrictions being implemented in 2020 due to COVID-19, Istanbul Airport still ended up as the busiest airport in Europe in terms of passenger numbers with 23.4 million travelers. The newly built facility surpassed London’s Heathrow and Paris’ Charles de Gaulle, which followed Istanbul with 22.3 million and 22.1 million, respectively.

Meanwhile, Turkey’s flag carrier, Turkish Airlines (THY) has now reached over 1,000 flights a day for the first time since COVID-19 struck, the carrier announced Saturday.

The airline operated 1,065 flights on Friday, June 25, leaping 23.4% from June 4, when it had announced a 15-month daily flight record, according to a Turkish Airlines statement.