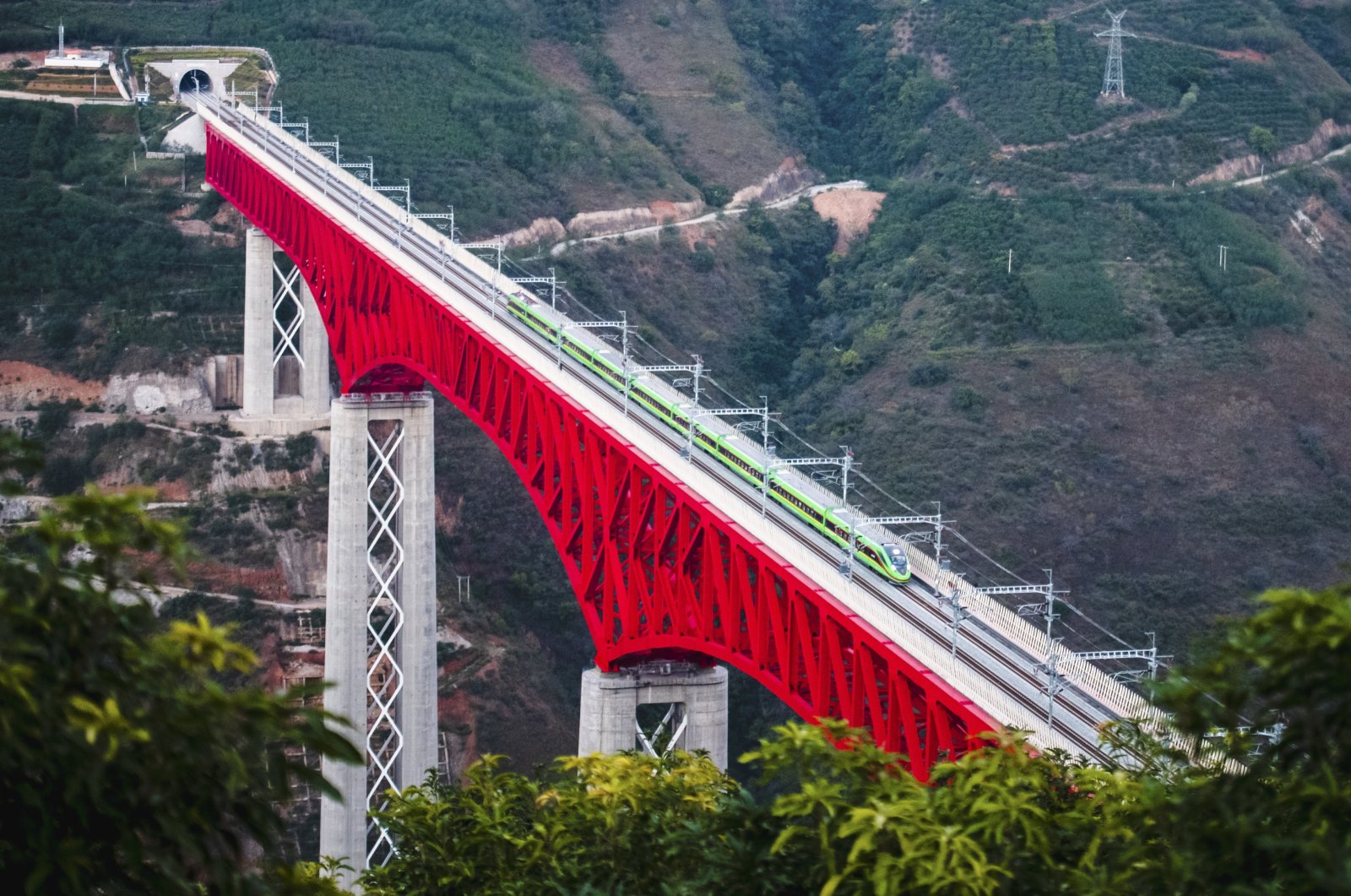 Laos opened a new $6 billion rail link with China to much fanfare this month, but analysts warn the party could be short-lived as the government grapples with a potential debt crisis.

The line will connect the capital Vientiane with the southern Chinese city of Kunming, and there are grand plans for a high-speed rail network running to Singapore through Thailand and Malaysia.

Laos President Thongloun Sisoulith at the opening heralded a "new era of modern infrastructure development" for the impoverished country, adding that "the dreams of Lao people have come true."

The government is hopeful the railway will turn a profit by 2027, but analysts are concerned about the unsustainable Chinese loans to pay for this and other projects.

With a tiny domestic market, there is "limited commercial logic for an expensive railway" to connect the country of seven million to Kunming, said Jonathan Andrew Lane in an Asian Development Bank Institute report.

His analysis found that potential benefits to Laos do not appear to outweigh the risks.

"That debt service will put further strain on the limited tax-raising abilities of the government," Lane wrote.

Laos faces having to stump up vast sums of cash to pay for the rail line, which was set up as a Laos-China joint venture under Beijing's vast, trillion-dollar Belt and Road infrastructure initiative (BRI).

As the reclusive Southeast Asian country's overall debt climbs to a dizzying $13.3 billion – making up almost three-quarters of gross domestic product – experts fear Laos could be at risk of default.

That could bind it further to China, having already attracted the moniker "Chinese satellite state" – Beijing accounts for 47% of its borrowings.

Besides a $1.06 billion debt liability, Laos has exposed itself to so-called "hidden debt" in the formation of the joint venture to finance the railway, according to AidData, a research lab at American university William & Mary.

The tie-up comprises three Chinese state-owned companies and a Lao enterprise, with Beijing staking 70% of the $3.54 billion debt.

Considered "too big to fail," researchers said there is some uncertainty over which country would feel compelled to bail out the joint venture if it defaulted.

If "insufficiently profitable, anywhere between 0-100% of the total $3.54 billion debt could become a repayment obligation of the Government of Laos," AidData warned.

Another hidden debt is Laos' equity stake in the joint venture: a separate $480 million loan also financed by the Chinese – which suggests the tiny nation's asset "may be worthless," the lab added.

Between 2008-2019, it signed a total of $5 billion in Chinese loans for more than a dozen infrastructure projects – the lion's share spent on dams and hydroelectricity generation.

'What is the alternative?'

Its public debt is higher than most regional counterparts – including Cambodia, Vietnam and the Philippines – that also have Chinese-financed infrastructure projects, according to the International Monetary Fund.

As of early 2021, Laos was "on the brink of sovereign default and urgently seeking debt relief from their Chinese creditors," AidData said.

In September, Laos sold its electricity transmission grid to a Chinese state-owned enterprise for $600 million, an apparent debt-for-equity swap, according to researchers.

This trend has been seen in other Asian nations shouldering high Chinese debt.

One of the most prominent cases was Beijing's 2017 takeover of Sri Lanka's Hambantota port after the country was unable to repay a huge loan.

AidData said in September that BRI had saddled poor nations with "hidden debt" worth $385 billion, and more than a third of its projects were hit by alleged corruption and protests.

But while the outside world mulls whether China is taking over Laos, the Lowy Institute's Ben Bland said the impoverished state has little choice in its search for partners to grow its economy.

"What is the alternative? It doesn't seem that other foreign investment and development partners are eager to supplant China," he told Agence France-Presse (AFP).