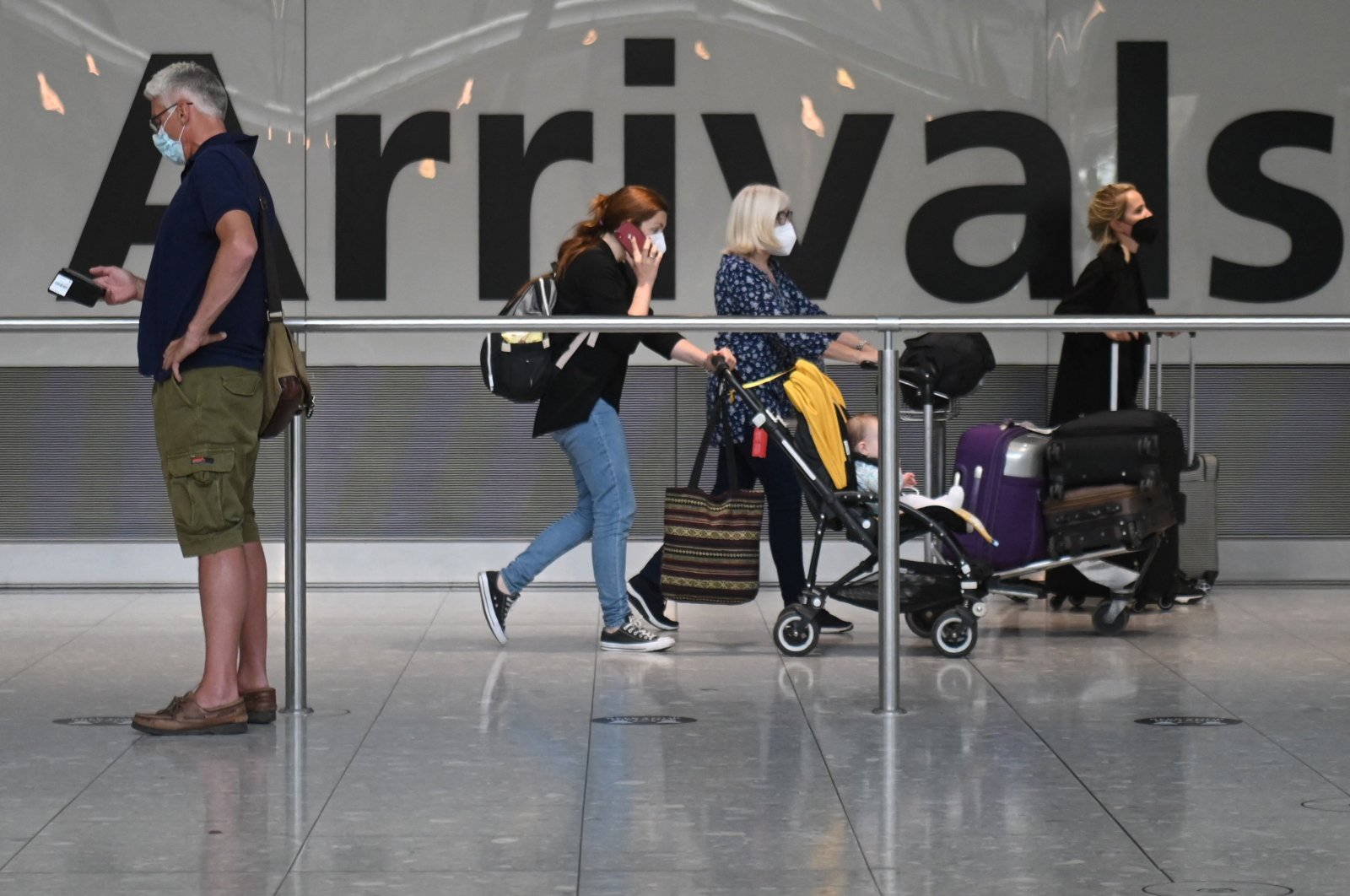 Air travelers are finally allowed to travel between Turkey and the United Kingdom without a compulsory quarantine as of Wednesday as Turkey was removed from the U.K.'s COVID-19 travel red list last week.

As of 4 a.m. (3 a.m. GMT), all those arriving from Turkey will no longer need to self-isolate in a designated hotel, which was a mandatory process before.

Passengers arriving in the U.K. from Turkey will have to have a PCR test taken within 72 hours prior to their arrival, and self-isolate at an address they will provide for 10 days.

On the second and eighth day of the isolation, they will have two more tests, the results of which need to be shared with British health authorities. They also have to fill in a passenger locator form before entering the country.

However, those arriving from Turkey and who are fully vaccinated in the U.K., the United States, the European Union or European Free Trade Association (EFTA) will not have to self-isolate depending on the pre-journey test and the second-day test.

From Oct. 4, those who are fully vaccinated will not need a pre-departure test before arrival into England from a non-red country, according to a statement by Transport Secretary Grant Shapps.

Turkish authorities are in talks with British authorities for recognition of vaccinations in Turkey, according to a statement from the Turkish Embassy in London.

Alongside Turkey, Egypt, the Maldives, Sri Lanka, Oman, Bangladesh, Pakistan and Kenya were also removed from the red list.