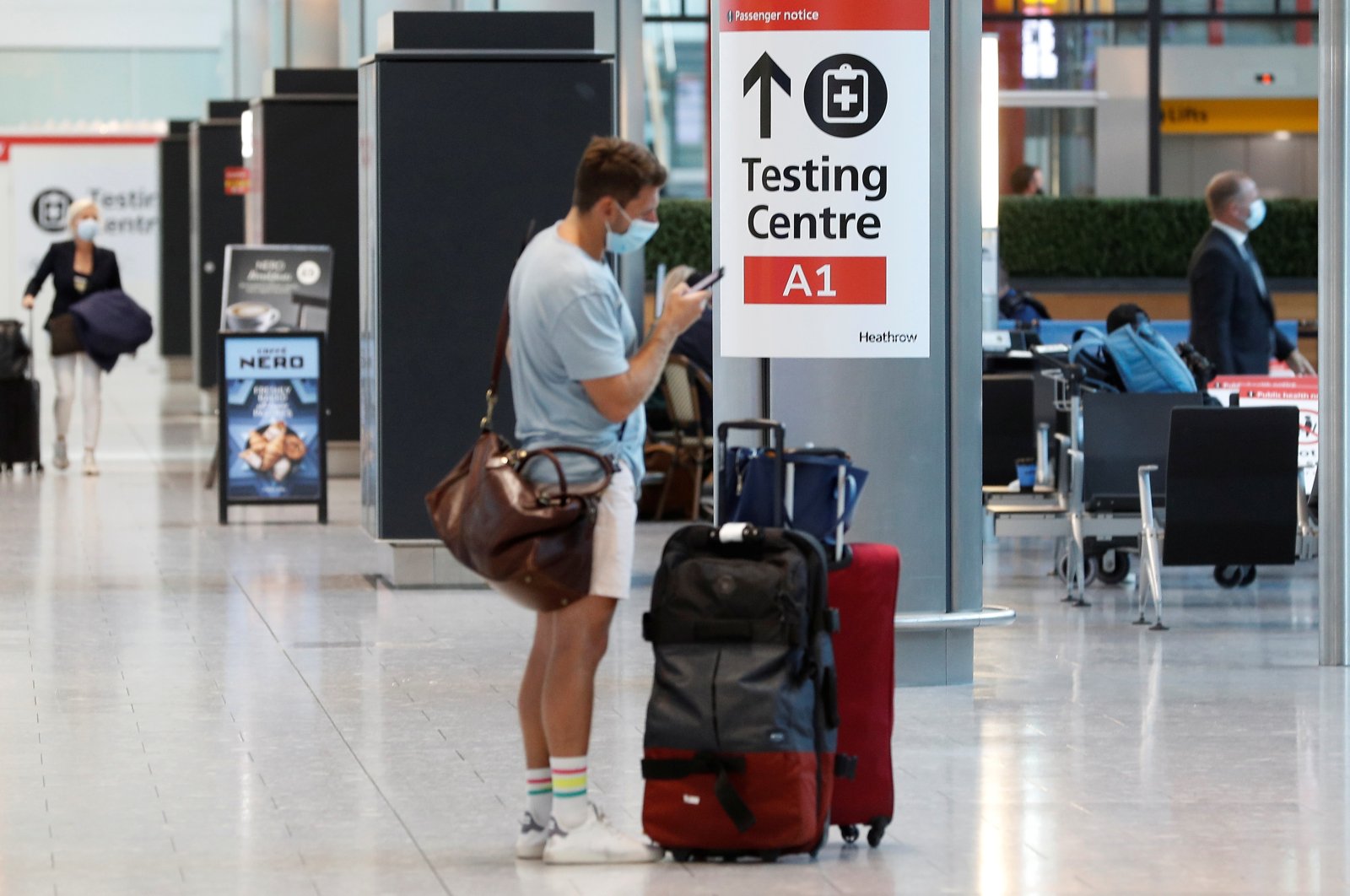 Thousands of Britons are expected to head back to Turkey, one of their favorite holiday spots, after a shake-up of foreign travel rules sparked a booking frenzy.

Britain simplified rules on Friday for international travel in a boost to the tourism industry, including scrapping the need for fully vaccinated passengers to take expensive COVID-19 tests on arrival from low-risk countries.

Under the new proposals, destinations will simply be ranked low or high risk, instead of red, amber and green. Eight countries, including Turkey, Pakistan, the Maldives, Sri Lanka, Kenya, Bangladesh and Egypt will be removed from the high-risk red band.

The decision means fully vaccinated people returning from Turkey will not be required to quarantine in a hotel. The changes will come into effect from Wednesday.

The news has already sparked a big surge in holiday bookings to the relief of holidaymakers and travel firms.

Holiday company TUI said it has witnessed an “uptick” in bookings for Turkey, which has spent all summer in the red travel category.

The nation was added to the high-risk category in May and has been mainly off-limits to U.K. travelers since then, stalling the nation’s vibrant tourism industry and the holiday plans of millions of potential visitors.

From Oct. 4, passengers arriving from low-risk countries will be permitted to take a cheaper lateral flow test, rather than the privately administered PCR lab tests now required. PCR tests for a family now can cost hundreds of pounds.

Unvaccinated travelers will still have to self-isolate for 10 days and undergo coronavirus tests before and after their trips, the government said.

Managing director of TUI UK Andrew Flintham said the changes were a “positive step forward” and would provide “much-needed reassurance” to those looking to book trips.

Steve Heapy, CEO of Jet2.com and Jet2holidays, said they had seen demand step up over the last few days, and “there has been an immediate and massive surge in bookings for flights and package holidays on the back of this welcome news for holidaymakers in England.”

“Thanks to the certainty that yesterday’s announcement has given customers, destinations right across the board are selling well, whether it’s for late summer sun, winter or next summer. As you might expect, half term dates have also seen a surge in bookings for families,” Heapy said.

He noted they would be restarting flights to Antalya and Dalaman from Sept. 23, including from Birmingham Airport.

“We are delighted to be restarting this program and with great deals to be had, we know there will be phenomenal demand for late-summer sunshine, October half-term breaks and winter sun. The same applies to the 40-plus destinations we are operating to.”

Skyscanner said it saw a 133% spike in traffic in the 30 minutes following the announcement, according to the Daily Mail, while there had been “huge increases” in searches for destinations such as Turkey and the Maldives in anticipation of Friday’s news.

“We were hoping that this decision would have been made much earlier. A large number of our guests from the U.K., who miss Turkey and want to have a vacation in our country, were also waiting for this decision,” the association said in a statement.

It noted that the tour operators had started receiving bookings in anticipation of the development. “We expect that the decision to exclude Turkey from the red list will have positive repercussions on tourism.”