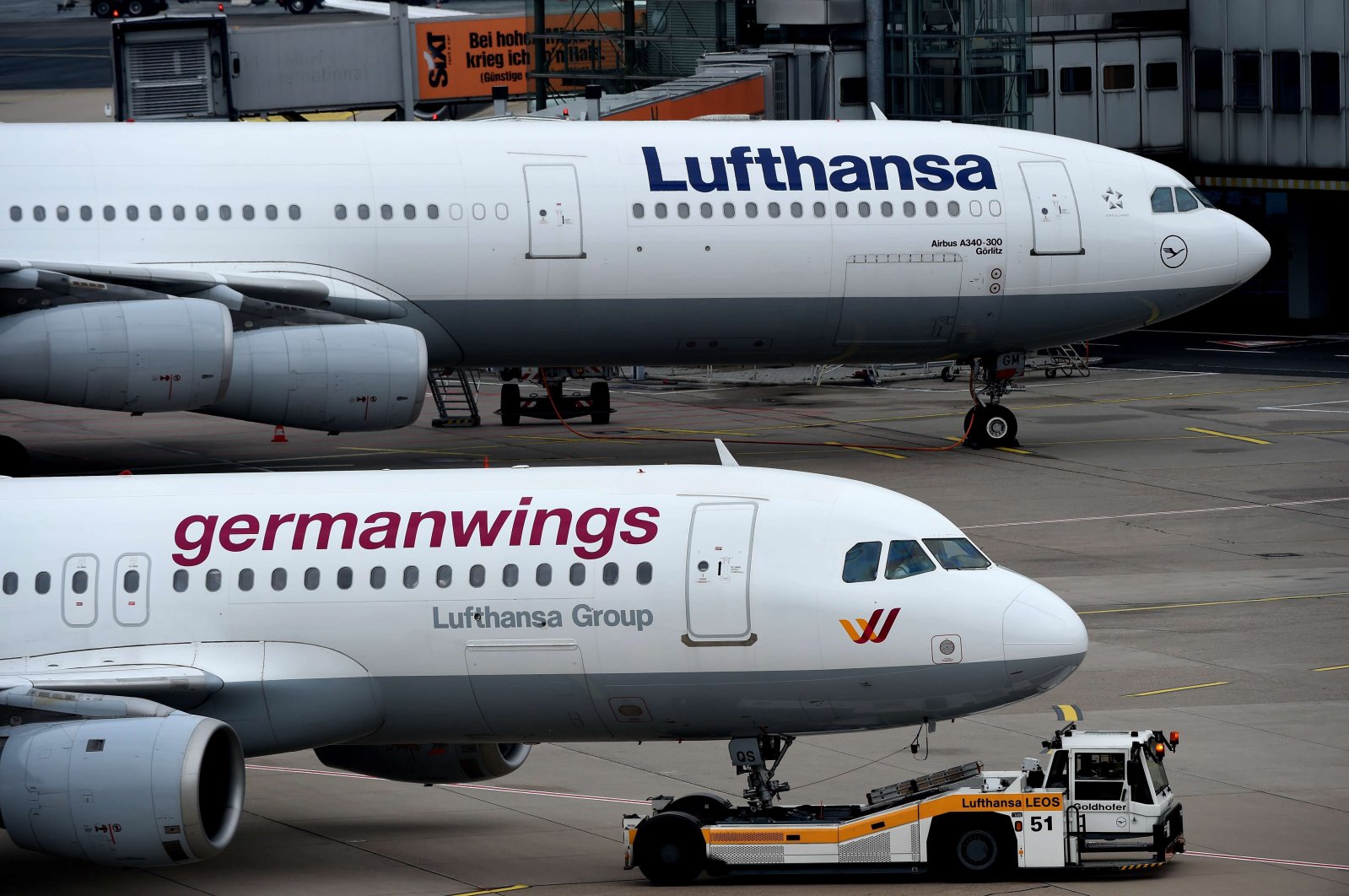 An Airbus plane of German airline Lufthansa (top) and a plane of the company's Germanwings subsidiary are pictured at the Duesseldorf airport in Duesseldorf, western Germany, March 26, 2015. (AFP Photo)
by REUTERS Apr 07, 2020 6:39 pm

Lufthansa on Tuesday said it will ground its Germanwings low-cost airline as part of a broader overhaul which includes cutting flight capacity across the group.

Lufthansa will cut capacity at its hubs in Frankfurt and Munich, including reducing the number of aircraft in service for Lufthansa and Eurowings, it said.

"Germanwings flight operations will be discontinued. All options resulting from this are to be discussed with the respective unions," the company said, confirming what two sources familiar with the matter previously told Reuters.

Global airlines warned Tuesday that 25 million jobs across the world could be at risk from the coronavirus travel downturn and the industry's representative body IATA said airline finances were so fragile they could not afford to refund customers.

In Europe, the sector is ripe for consolidation.

Whereas four airlines control 80% of the U.S. market, Europe has remained fragmented, with the budget segment already in trouble before the coronavirus struck and Lufthansa's rivals Germania and Air Berlin put out of business.