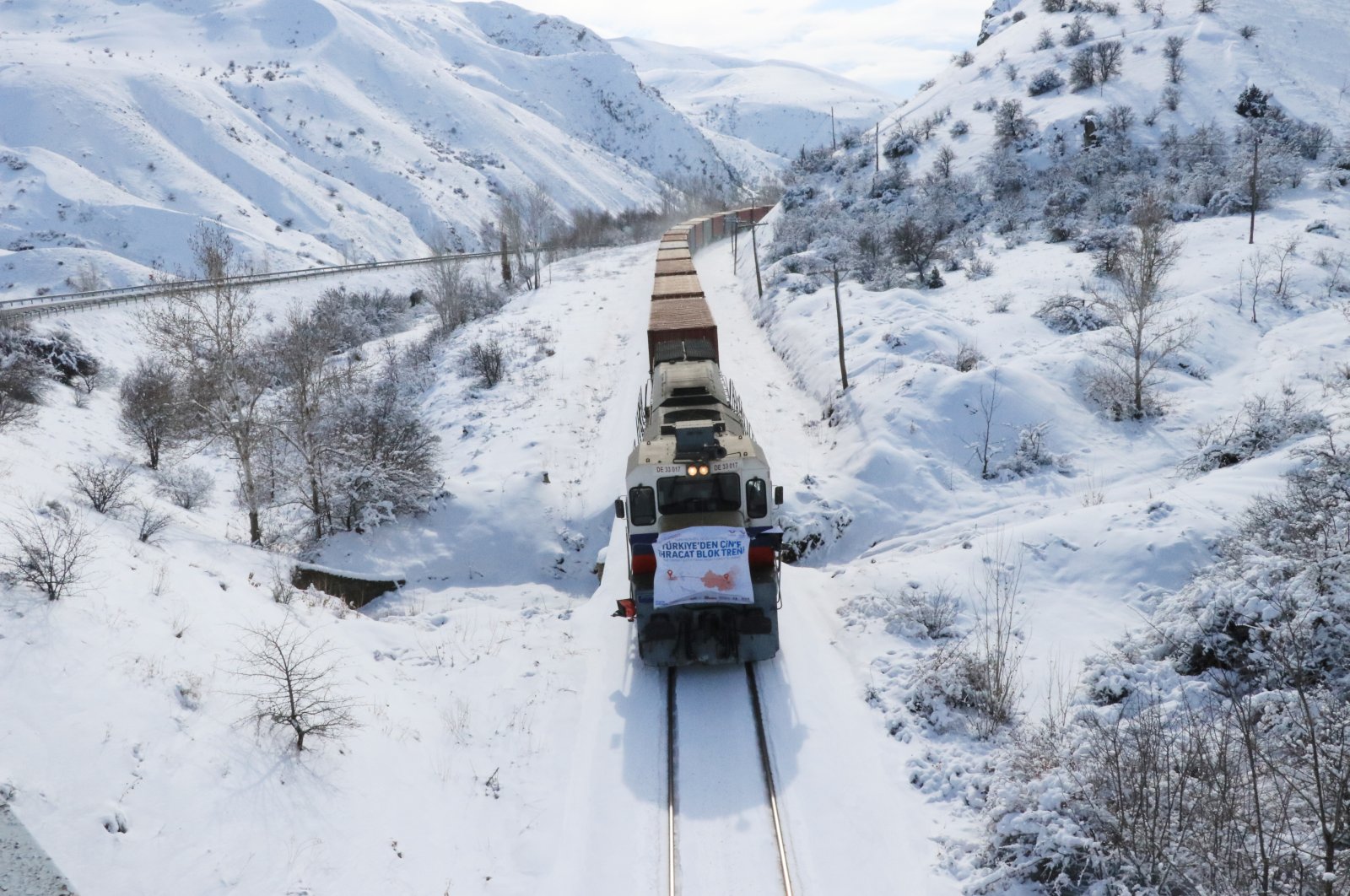 The decrease in the railway export time from Turkey to China – an opportunity-bearing market for Turkish products – to 12 days will pave the way for fresh fruit and vegetable sales to the Asian country while providing a downward trend in costs, Turkey-China Business Development and Support Association Chairman Ihsan Beşer said Wednesday.

Beşer told Anadolu Agency (AA) that the association that was established on Nov. 29, 2018, aimed to enhance economic, commercial and cultural cooperation between the two countries.

He said that they have been working on ways to develop strong ties for both countries' businesspeople.

The Turkish official noted that China’s Belt and Road (BIR) initiative that was kicked off to create an infrastructure and transportation network from Asia to Europe and the Middle East already made it easier to export to China.

Beşer emphasized that there are several product groups related to different sectors in Turkey that came to the fore with their export potential to China, including food, textile, automotive, natural resources products, home appliances, agriculture machines, phone and recording devices.

The maritime trade route to China from Turkey enables 35 to 45 days for the transportation of the goods which is now 12 days with the export trains.

The first train carrying goods from Turkey to China set off from Istanbul on Dec. 4, covering a distance of 8,693 kilometers across Turkey, Georgia, Azerbaijan, the Caspian Sea and Kazakhstan to reach the Chinese city of Xi'an, and completed its historic trip on Dec. 19.

Meanwhile, on Jan. 29, Turkey also sent off two export trains, one headed to Russia and the other to China, using the Baku-Tbilisi-Kars (BTK) railway from the capital Ankara. The train to Russia was the first block train to use the route while the second one, which is carrying boron containers, was the third China-bound freight train.