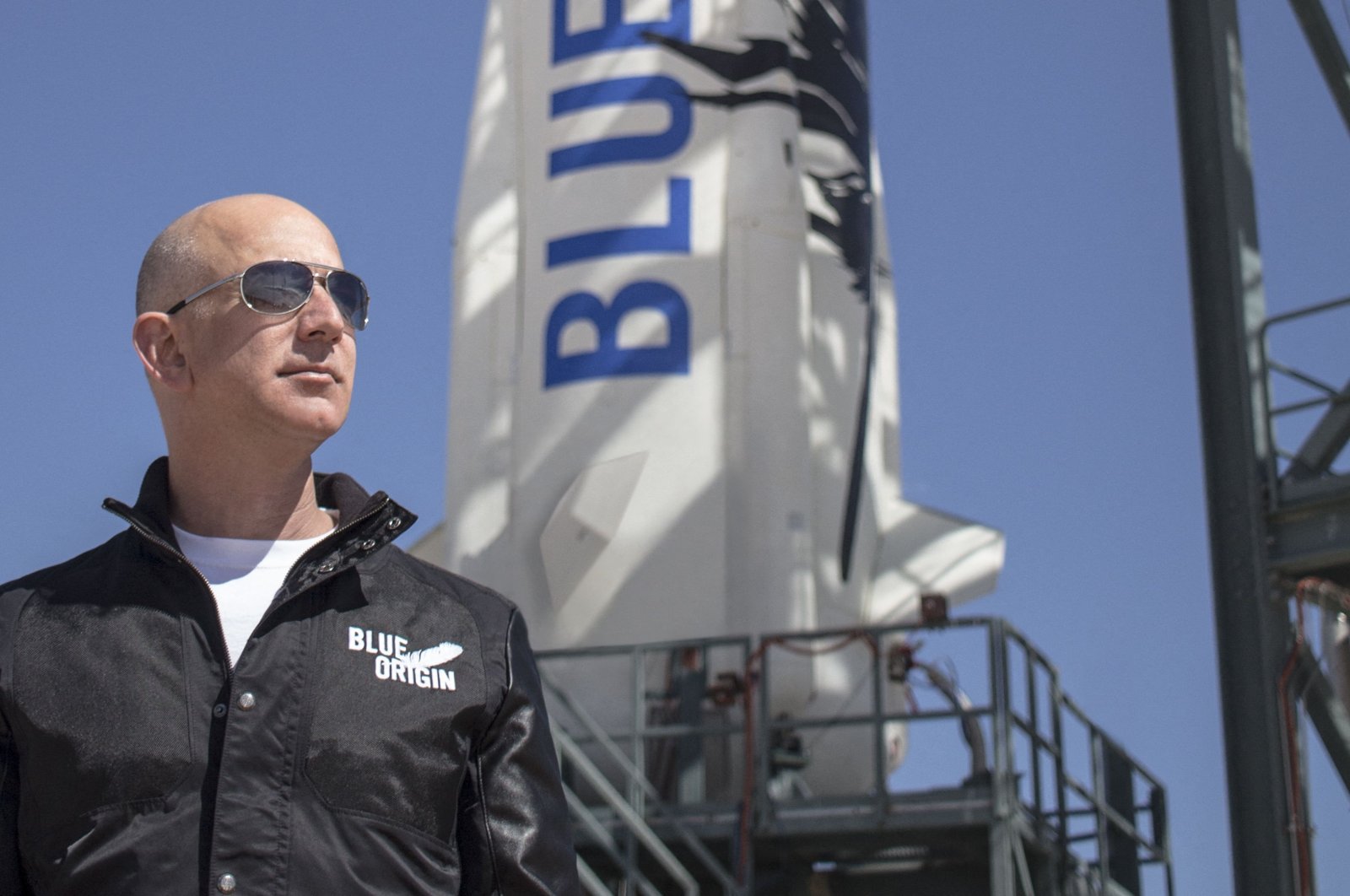 After years of waiting, Richard Branson's journey to space this month on a Virgin Galactic vessel was supposed to be a triumphant homecoming. Instead, the jaunt attracted significant criticism – about its carbon footprint.

With Jeff Bezos set to launch on a Blue Origin rocket on Tuesday, and Elon Musk's SpaceX planning an all-civilian orbital mission in September, the nascent space tourism industry finds itself facing tough questions about its environmental impact.

Right now, rocket launches as a whole do not happen often enough to pollute significantly.

But some scientists are worried about the potential for longer term harm as the industry is poised for major growth. In particular, there is a focus on the impacts to the ozone layer in the still poorly understood upper atmosphere.

Virgin Galactic, which came under fire in op-eds on CNN and Forbes, as well as on social media, for sending its billionaire founder to space for a few minutes in a fossil fuel-guzzling spaceship, says its carbon emissions are about equivalent to a business-class ticket from London to New York.

But while transatlantic flights carry hundreds of people, Virgin's emissions work out to around 4.5 tons per passenger in a six-passenger flight, according to an analysis published by French astrophysicist Roland Lehoucq and colleagues in The Conversation.

That is roughly equivalent to driving a typical car around the Earth, and more than twice the individual annual carbon budget recommended to meet the objectives of the Paris climate accord.

"The issue here is really one of disproportionate impacts," Darin Toohey, an atmospheric scientist at the University of Colorado, Boulder told AFP.

"I actually grew up on the space program and that got me into science ... but if someone offered me a free ride, I would be very nervous taking it because I would know that my own footprint is way larger than it should be," he said.

Virgin Galactic's SpaceShipTwo uses a type of synthetic rubber as fuel and burns it in nitrous oxide, a powerful greenhouse gas.

The fuel pumps black carbon into the upper stratosphere, 30-50 kilometers (18 to 30 miles) high.

Once there, these particles can have multiple impacts, from reflecting sunlight and causing a nuclear winter effect, to accelerating chemical reactions that deplete the ozone layer, which is vital to protecting people from harmful radiation.

"We could be at a dangerous point," said Toohey, who wants more scientific investigations into these effects before the launches become more frequent.

Virgin has said it wants to conduct 400 flights a year.

Compared to Virgin Galactic's SpaceShipTwo spaceplanes, Blue Origin's are much cleaner, according to a recent paper by scientist Martin Ross of Aerospace, which Bezos' company plugged on Twitter.

That is because it burns liquid hydrogen and liquid oxygen, which combusts as water vapor.

But that does not mean it is totally clean.

"You could go back and calculate how much electricity was used to make the propellant," he said. "It depends how far back in the supply chain you look."

Compared to Virgin Galactic’s journey, Blue Origin’s sights are set higher: both literally in terms of the altitude to which its reusable New Shepard craft will ascend compared to Virgin’s spaceplane, but also in its future ambitions.

New Shepard will blast off at 8:00 a.m. Central Time (1300 GMT) from a remote facility in the west Texas desert called Launch Site One, some 25 miles (40 kilometers) north of the nearest town, Van Horn.

Joining Bezos on the fully autonomous flight will be barrier-breaking female aviator Wally Funk, who at 82 is set to be the oldest ever astronaut, and Dutch teenager Oliver Daemen, the company’s first paying customer, who will become the youngest astronaut.

Rounding out the four-member crew is Bezos' brother Mark, a financier who directs the Bezos Family Foundation and works as a volunteer firefighter.

The pair are best friends, and Jeff shared the moment he asked his younger sibling to join him in a viral video on Instagram last month.

Notably absent is the mysterious winner of a $28 million auction for a seat, who had "scheduling conflicts" and will take part in a future flight, and has asked to remain anonymous, the company said.

After lift-off, New Shepard will accelerate towards space at speeds exceeding Mach 3 using a liquid hydrogen/liquid oxygen engine with no carbon emissions.

The capsule soon separates from its booster, and the astronauts unbuckle and begin to experience weightlessness.

The crew will spend a few minutes beyond the Karman line – the internationally recognized boundary between Earth's atmosphere and space, at 62 miles altitude (100 kilometers), as the spacecraft peaks at 65 miles high (106 kilometers).

They will be able to admire the curvature of the planet – and the inky black of the rest of the universe – from large windows that comprise a third of the cabin's surface area.

The booster returns autonomously to a landing pad just north of its launch site, while the capsule freefalls back to Earth before deploying three giant parachutes, and finally a thruster, to land gently in the west Texas desert.

The impact of suborbital launches such as those by Virgin and Blue Origin pale in comparison to the impact of rockets that achieve orbit.

When SpaceX puts four private citizens into space in September, it will use its Falcon 9 rocket, which calculations show puts out the equivalent of 395 transatlantic flights-worth of carbon emissions.

"We are living in the era of climate change and starting an activity that increases emissions as part of a tourism activity is not good timing," Annette Toivonen, author of the book "Sustainable Space Tourism," told AFP.

The world is far more aware of the climate crisis now than when these companies were founded in the early 2000s and that could encourage businesses to look at ways to minimize pollution through cleaner technologies to get ahead of the problem.

"Who would want to be a space tourist if you cannot tell people you were a space tourist?" argued Toivonen, who lectures at Finland's Haaga-Helia University of Applied Sciences.