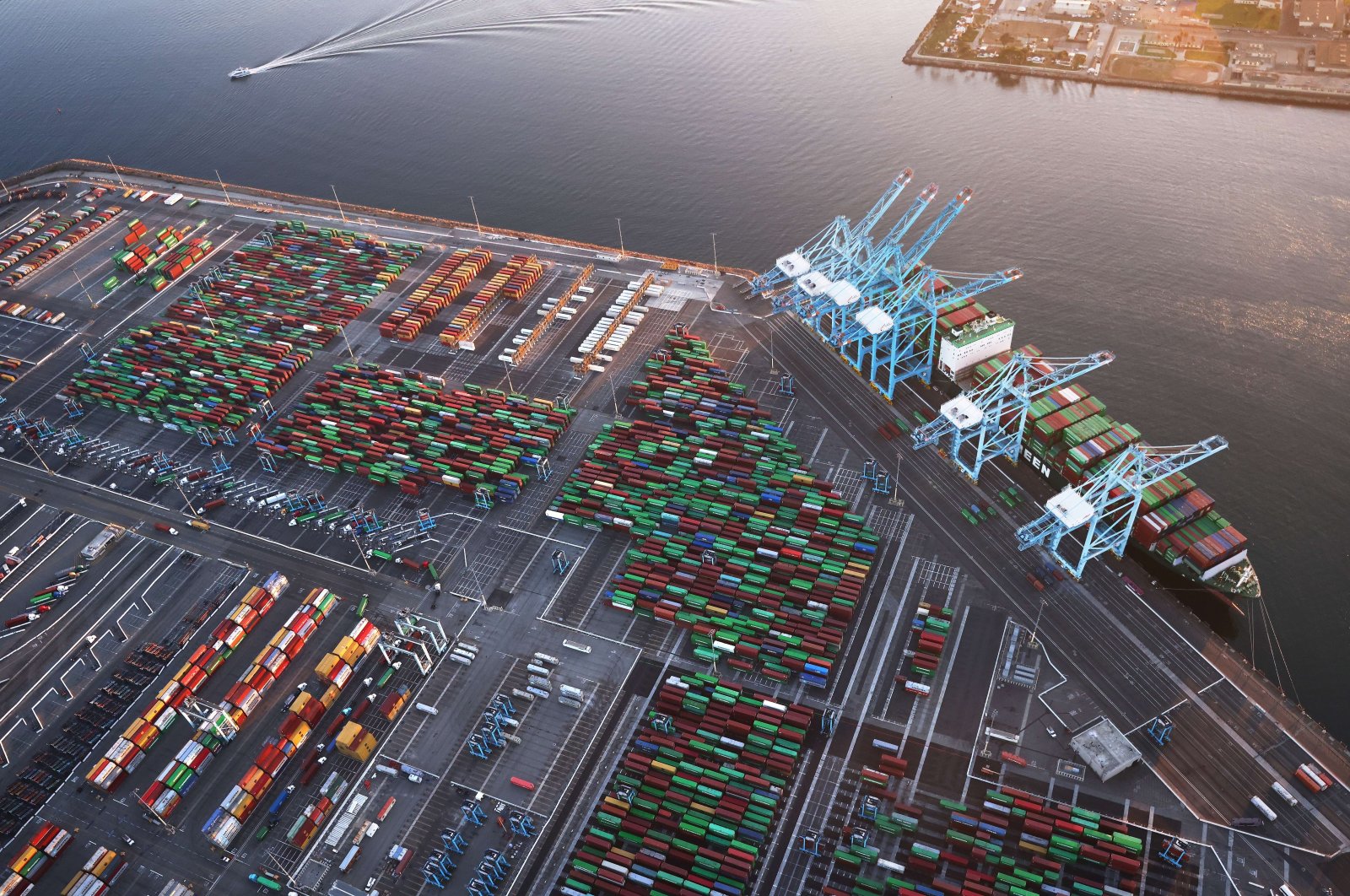 The Flying Buttress used to travel across oceans carrying essential commodities like grain to the furthest corners of the world.

The dry bulk cargo ship has been drafted into the service of retail giant Walmart, which is chartering its own vessels in an effort to beat the global supply chain disruptions that threaten to torpedo the retail industry's make-or-break holiday season.

"Chartering vessels is just one example of investments we've made to move products as quickly as possible," said Joe Metzger, U.S. executive vice president of supply-chain operations at Walmart, which has hired a number of vessels this year.

The aim is to bypass log-jammed ports and secure scarce ship space at a time when COVID-19, as well as U.S.-China trade ructions, equipment shortages and extreme weather, have exposed the fragility of the globe-spanning supply lines we use for everything from food and fashion to drinks and diapers.

More than 60 container ships carrying clothing, furniture and electronics worth billions of dollars are stuck outside Los Angeles and Long Beach terminals, waiting to unload, according to the Marine Exchange of Southern California.

Pre-pandemic, it was unusual for more than one ship to be  in the  waiting lane at the No. 1 U.S. port complex, which handles more than half of all American imports.

Other big retail players, such as Target, Home Depot, Costco and Dollar Tree, have said they are chartering ships to deal with the pandemic-driven slowdown of sea networks that handle 90% of the world's trade.

U.S. retailers' traditional lifeline from Asia is freezing up due to a resurgence of COVID-19 in countries like Vietnam and Indonesia plus a power-supply crunch in China. The supply snarls coincide with booming demand as consumers spend more on goods than going out, and the festive shopping frenzy nears.

Burt Flickinger, managing director at retail consultancy Strategic Resource Group, said at least 20-25% of the goods stuck on ships were unlikely  to make it onto shelves in time for the Nov. 26 Black Friday kickoff for the holiday shopping season, a period when retailers make more than a third of their profits.

The biggest chains are taking matters into their own hands.

In a typical year, Walmart would have moved those toys from China to Los Angeles in hundreds of 40-foot (12-meter) cargo boxes stacked like colorful Lego bricks on gigantic container vessels that serve multiple customers.

But 2021 is far from typical. Incoming cargo at the Port of Los Angeles is up 30% from last year's record levels. Trucks and trains can't remove it fast enough, leading to logjams, said the port's Executive Director Gene Seroka, reflecting the surge in consumer demand.

"It's like taking 10 lanes of freeway traffic and squeezing them into five," Seroka said.

Chartered ships that offer valuable cargo space and can sidestep the container terminals play a critical role in this second pandemic holiday season, particularly for time-sensitive goods like Christmas sweaters that won't sell if they arrive too late.

The Flying Buttress, for example, entered Los Angeles waters on Aug. 21. It got stuck in a queue outside the port before it bypassed clogged terminals and unloaded its goods at a separately operated bulk cargo dock nearby on Aug. 31, according to Refinitiv data and shipping records.

During that voyage, Walmart circumvented the shortage of 40-foot containers typically used for global shipping by switching to bigger 53-foot containers that are almost exclusively used to move goods by truck and train within the United States.

Other companies are also playing the shipping game including Home Depot which said it was "creatively working to obtain additional capacity."

"This is the home stretch. They're doing whatever it takes" to win in an overheated market, he said of retailers.

Yet there is a limit to such workarounds.

Great Profit moored at a terminal that handles everything from sugar to windmill blades but can only accommodate a maximum of 500 containers from one to two ships per month between now and the end of the year, said Greg Borossay, the port's maritime business development principal.

That's because San Diego, like many other U.S. seaports, doesn't have the towering gantry cranes needed to pluck boxes from massive ships. Rail service is equipped for autos and other specialty cargo. And, roads in surrounding commercial and residential areas aren't set up for the fleets of trucks needed to whisk thousands of containers to other parts of the country.

"We'd have a very unhappy community if we had 3,000 (boxes) coming off a ship," Borossay added.

Not all retailers will hire ships to support sales, and other factors could be significant in picking out potential winners and losers.

General merchandise retailers like Walmart and Target, on the other hand have done a better job of keeping inventory on pace with sales, he added.

The global supply crunch is providing lucrative opportunities for bulk cargo ship operators, though; they are cashing in on a record spike in container shipping rates that has sent freight costs above $20,000 per box on the biggest liner vessels.

Global container shipping players like A.P. Moller Maersk and Hapag Lloyd, are flush with cash from the soaring rates. Major lines are "putting in every ship we can find," Hapag Lloyd CEO Rolf Habben Jansen said.

Several shipping sources said other firms were snapping up second-hand container vessels of all sizes.

Hong Kong-based Taylor Maritime, which according to shipping databases manages the Flying Buttress, did not respond to a request for comment.

Genco Shipping & Trading is seeking approval from its ship safety certifier to prepare some of its own dry bulk vessels to carry containers.

Separately, agribusiness giant Cargill said it is looking into using some of the dry bulk ships it charters to instead of hold containers, if only as a temporary solution, to "alleviate bottlenecks."