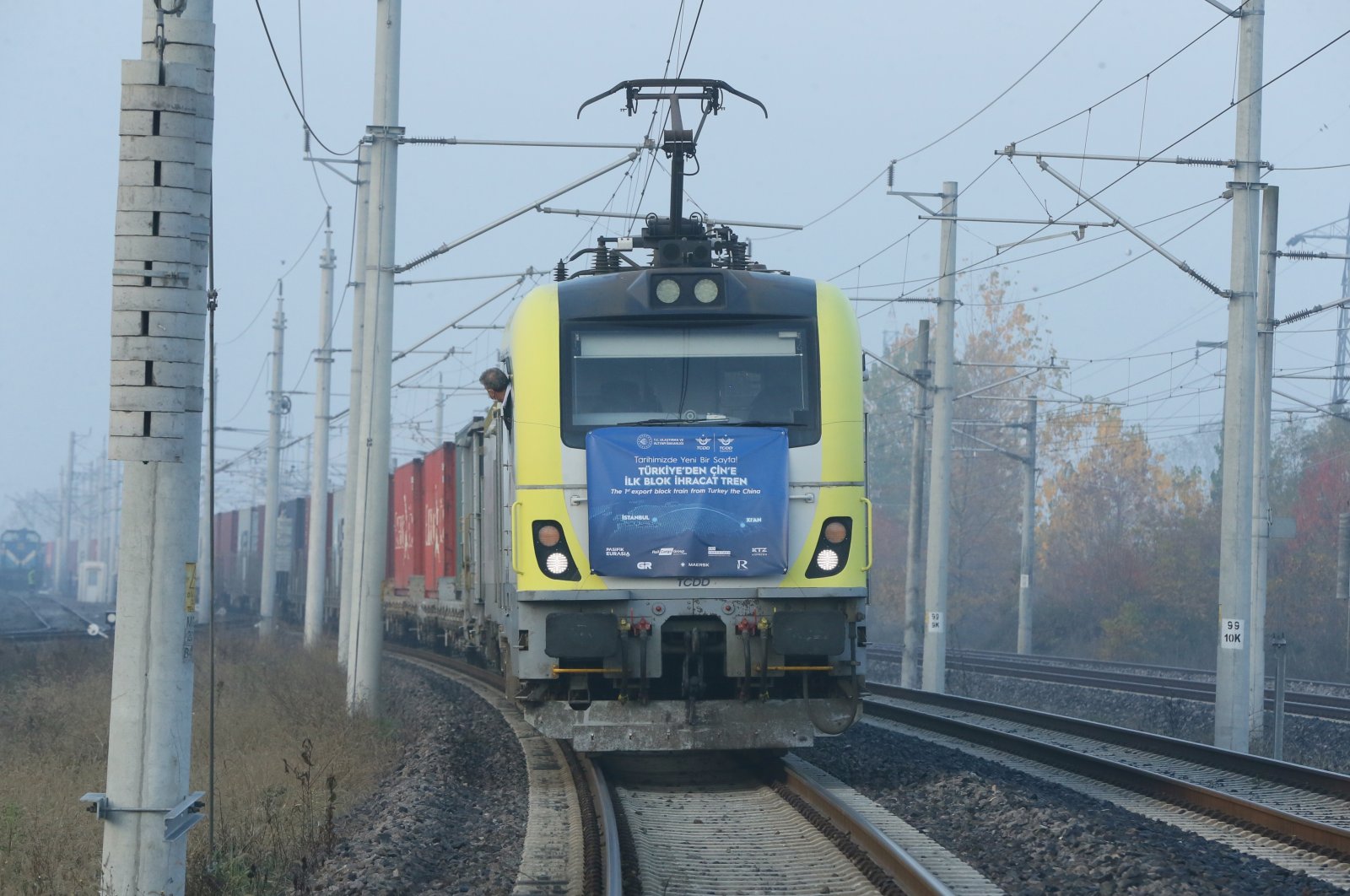 The train consisting of 50 containers of boron marks the fourth China-bound freight train since December.

Eti Maden, Turkey’s official mining company and a major supplier of boron, is making its second railway shipment to China in cooperation with Turkish State Railways (TCDD), Dönmez said in a statement. The company previously exported boron internationally by sea.

The train is carrying refined boron goods, produced at an Eti Maden site in the central province of Eskişehir, and will head toward Xi’an, the capital city of Shaanxi province in central China.

It follows a train that departed in January, carrying 42 containers of boron. The train followed the Middle Corridor Trans Caspian International Transit Route via the Baku-Tbilisi-Kars (BTK) railway and arrived in February.

The BTK line connects Azerbaijan’s capital Baku on the Caspian Sea to Turkey’s eastern border city of Kars via the Georgian capital, Tbilisi.

“Eti Maden will have made a successful strategic move to the Chinese market with alternatives such as ship leasing and railway, in addition to its traditional sea container transport,” Dönmez said.

The shipment via railway to China cuts transportation down from the previous 45-60 day maritime journey to just 15-20 days.

Despite all the difficulties in 2020, Dönmez in January said that Turkey managed to sustain its position as a leading player in the global boron sector, supplying 57% of global demand and reaching 1.73 million tons in boron sales worldwide.

The train is estimated to cover a total distance of around 7,792 kilometers across Turkey, Georgia, Azerbaijan, the Caspian Sea, and Kazakhstan before it arrives in Xi’an.

The first train carrying goods from Turkey to China set off from Istanbul on Dec. 4 and covered a distance of 8,693 kilometers. It passed beneath the Bosporus through Istanbul’s Marmaray tunnel and followed the Trans Caspian East-West Middle Corridor via the BTK railway.

In November 2019, in a historic moment, Ankara sent off the first train that departed for China and Europe passing under the Bosporus via the Marmaray tunnel, marking the realization of the “Silk Railway” dream.

The real Silk Road was an active trade route used between the second century B.C. and the 18th century A.D. that connected China and Europe through Anatolia and the Mediterranean region.

Within the scope of the Belt and Road Initiative (BRI), which aims to connect Asia, Africa and Europe via roads and sea lanes, the freight transportation time between China and Turkey is reduced from one month to 12 days thanks to the BTK railway line, while the whole route between East Asia and Western Europe takes 18 days with the integration of the Marmaray tunnel.