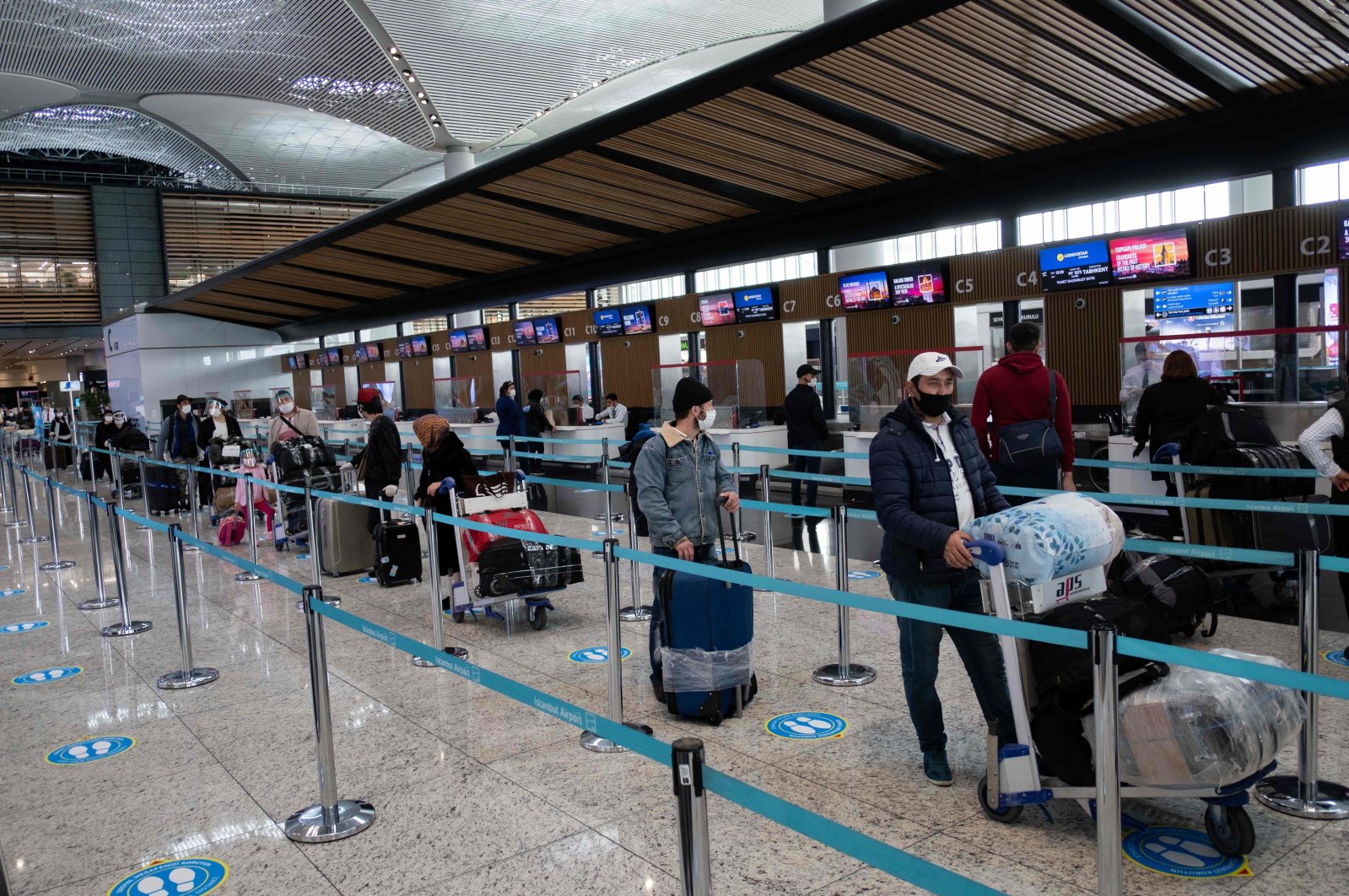 Turkey has suspended all flights to Iran and Afghanistan as part of measures against the coronavirus outbreak, the Transport and Infrastructure Ministry said on Sunday.

A spokesman for Iran's Civil Aviation Organization, Reza Jafarzadeh, earlier on Sunday said Turkey halted all flights to Iran until further notice amid the outbreak in the country, according to the official IRNA news agency. The suspension of flights began on Saturday, Jafarzadeh said.

Turkey had gradually restarted international flights as of June 11 as it eased lockdown measures.

Iran has been hardest hit by the pandemic in the Middle East, with infections and deaths rising sharply since restrictions were eased, beginning in mid-April.

The border between Turkey and Iran was closed after the outbreak. It has been reopened for trade only.

During their meeting in Istanbul in mid-June, Turkey’s Foreign Minister Mevlüt Çavuşoğlu and his Iranian counterpart Javad Zarif said the two countries were working toward reopening their borders for travelers.

In what took many by surprise was Iranian President Hassan Rouhani's statements on Saturday when he estimated that as many as 25 million Iranians could have been infected with the coronavirus since the outbreak’s beginning.

The 25 million figure put forward by Rouhani is nearly a third of the population and massively higher than the official number of COVID-19 cases. Official case numbers rose to 273,788 on Sunday, with 14,188 deaths, Health Ministry spokeswoman Sima Sadat Lari said.

Iranian health officials sought on Sunday to play down the president’s estimate, saying it was based on serological blood tests that measure exposure to the illness and that cannot be relied on to show the current state of disease.

A Health Ministry statement carried by Iranian news media said the figure given by the president was based on numbers produced by a deputy in the ministry. "It is not possible to rely on serological tests to diagnose the current state of the disease," the statement said.

Parliament deputy Alireza Salimi called on the government to come up with a single official figure for coronavirus cases.

A coronavirus task force official said Saturday the 25 million were “mildly affected patients who ... did not need to seek medical advice.”

In announcing the 25 million estimate, Rouhani did not say what the figure was based on but added that 30 million-35 million more were possibly at risk.

On the other hand, some 35,229 COVID-19 cases have been officially reported in Afghanistan as of Sunday. The death toll in the country stood at 1,147, according to government figures.

The Afghan Red Crescent Society last week said the country was "on the edge of potential health, social and economic catastrophes" as growing COVID-19 cases stretch a health infrastructure already severely weakened by decades of war.

It said the real toll of the pandemic on the Afghan population is expected to be much higher and remains underreported due to limited testing.