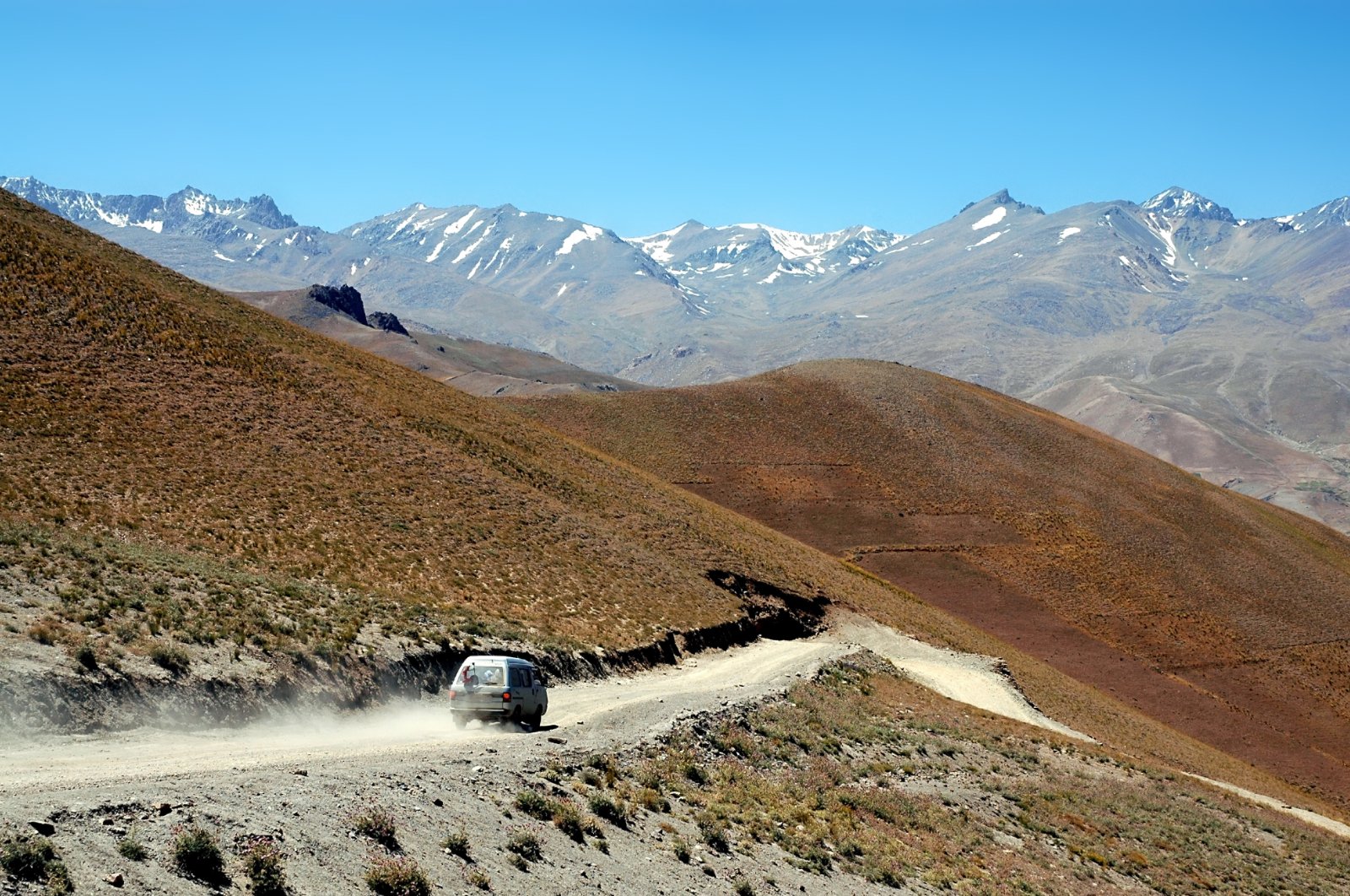 A minibus drives on a dusty road on the southern route between Kabul and Bamyan, in this undated file photo, central Afghanistan. (Shutterstock Photo)
by Daily Sabah with AA Jan 27, 2021 3:54 pm

Turkey and Afghanistan are set to sign a cooperation agreement Thursday regarding research and development (R&D) activities in the fields of transportation – mainly motorways, railways and aviation, an official said Wednesday.

Turkey's Transport Minister Adil Karaismailoğlu said in a statement after a meeting with his Afghan counterpart Kudretullah Zeki that Ankara will support infrastructure projects in the war-torn country.

"We are willing to undertake the necessary procedures to increase the possibility of rail transport between our countries and to create new cooperation opportunities," Karaismailoğlu said.

He added: "We are determined to connect Afghanistan with Europe via the Baku-Tbilisi-Kars Railway Line using the Lapis Lazuli route."

The Baku-Tbilisi-Kars (BTK) railway line was launched in October 2017. It connects Turkey, Azerbaijan and Georgia, establishing a freight and passenger link between Europe and China. The railway, in the first two years after its launch, has carried 275,000 tons of freight, according to earlier ministerial data.

Meanwhile, the transport capacity of the BTK was increased last year during the pandemic which boosted railway transportation as a contactless alternative to road transport.