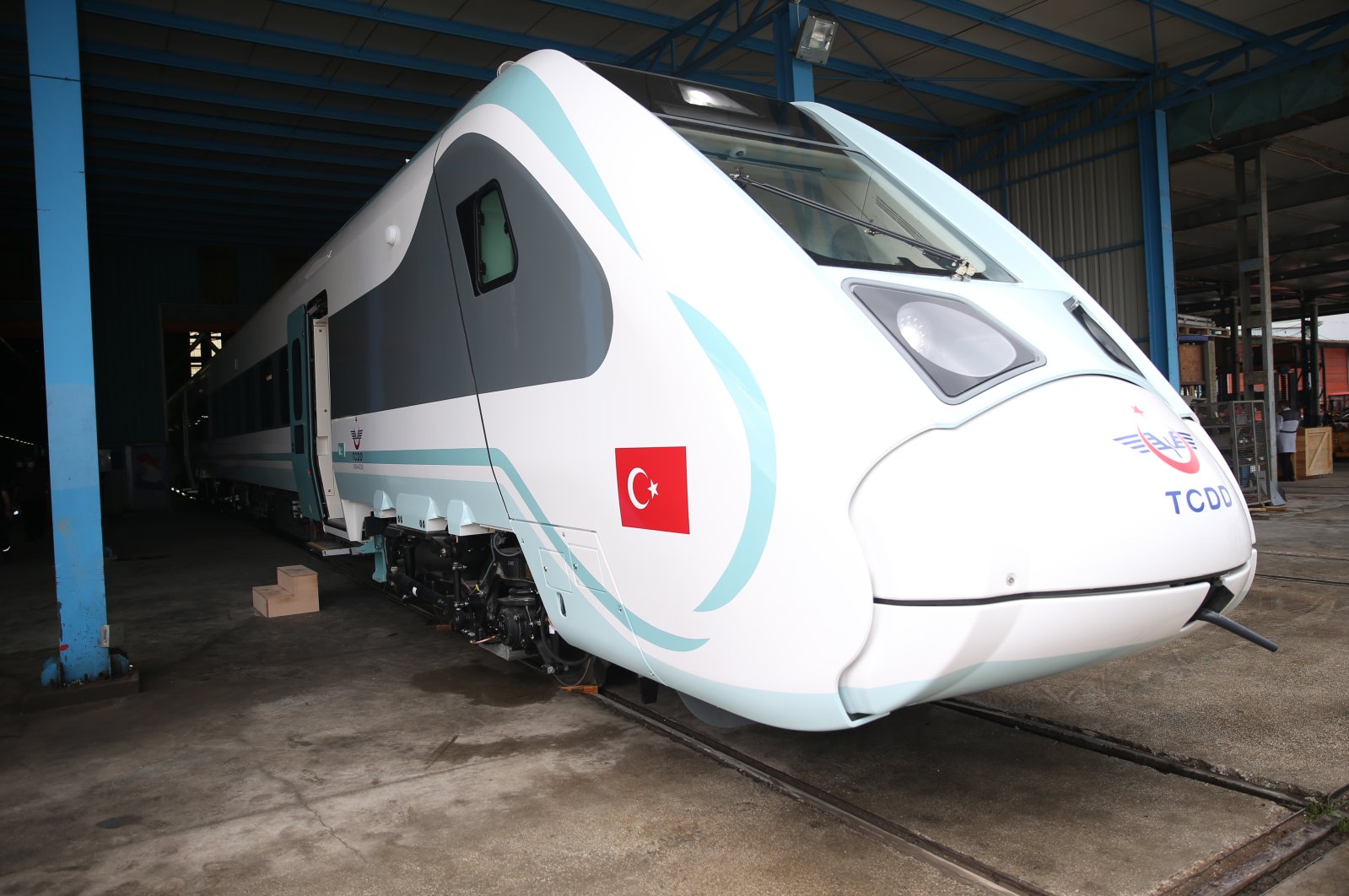 The first Turkish-made electric train is seen at the Turkish Wagon Industry plant in the northwestern province of Sakarya, June 15, 2020. (AA Photo)
by DAILY SABAH WITH AA Jun 25, 2020 12:50 pm
RECOMMENDED

Over the next five years, Turkey will more than quadruple its high-speed train lines, according to Transport and Infrastructure Minister Adil Karaismailoğlu.

"We aim to expand our high-speed train lines from 1,200 kilometers (745 miles) to 5,500 km in five years,” Karaismailoğlu said, addressing a digital summit on transportation and infrastructure late Wednesday.

Indicating that railway investments will grow in the years to come, Karaismailoğlu said Turkey looks to expand its railway network to 18,000 kilometers over the next five years.

"We have very important plans in areas such as connecting industries to railways, logistics and transportation. We're planning the next 50 years, 100 years," he said.

Turkey started high-speed rail service over a decade ago and currently has more than 12,000 km of railway lines.

The first Turkish-made electric train, with its tests to be conducted on Aug. 30, is set to hit the tracks in three months.

Aluminum body production, painting and sandblasting tests for the train set began in 2019.

The design and operating speeds of the first such train were planned at 176 kilometers per hour (kph) and 160 kph, respectively.

Karaismailoğlu recently said the country was working on a locally made high-speed train capable of reaching speeds over 225 kph.

The train set, comprising of five vehicles, has a 324-seat capacity, the minister underlined.

"Turkey invested TL 880 billion ($128 billion) in its transportation and infrastructure over the last 17 years," since the ruling Justice and Development (AK) Party came to power, he said.