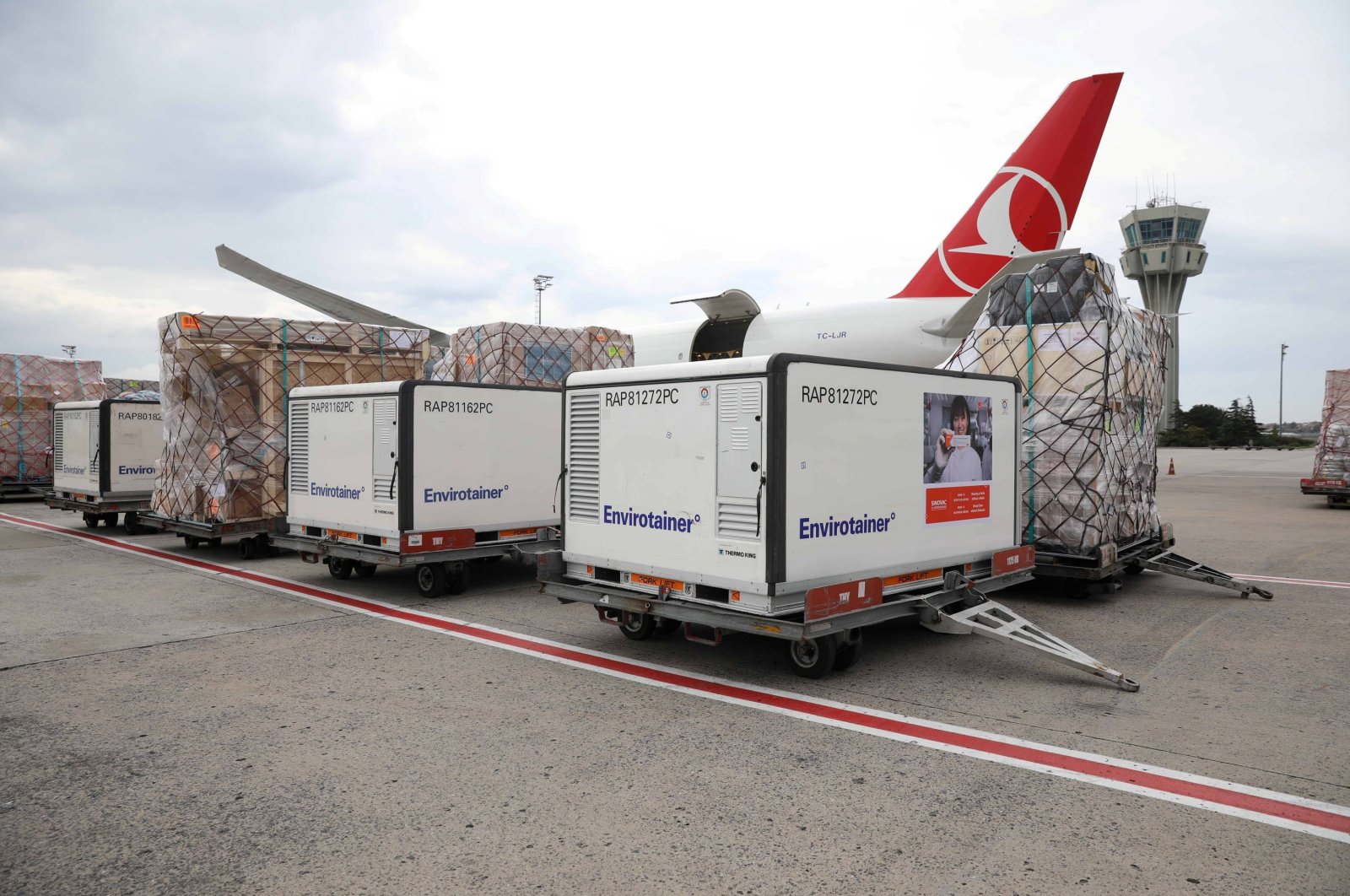 Turkish Airlines (THY) has the capacity to carry up to 40 million doses of COVID-19 vaccines daily, an official from the airliner said Wednesday.

He was speaking during the first of the online seminars titled "Cargo Talks." The seminars were organized by the THY subsidiary Turkish Cargo, which is now becoming a separate company. The talks are designed to provide a platform for exchanging ideas among professionals who maintain the pulse of the air cargo sector as well as to discuss the facilitation of important agendas such as digitalization, vaccine transportation and the future of air cargo.

Most recently during the last days of January, the flag carrier announced that it is about to enter a new phase as its two subsidiaries, a budget carrier and the air freight transporter, Turkish Cargo, are set to continue operations as separate companies, enabling the cargo carrier to become even stronger in the sector.

Özen went on to say that they have carried 50,000 tons of health products and medical equipment all over the world since the beginning of the pandemic and noted that now that the vaccination processes has started around the world, the air cargo industry once again will play an extremely important role.

Özen said they have already increased their global market share in medical transportation to 7.5%.

In 2015, in terms of Freight Tonne Kilometers (FTK), he said, the company’s overall market share was 1.8, and it was 22nd among airlines that are members of the International Air Transport Association (IATA).

However, Özen continued, in just six years, the company tripled the FTK value, while the market share was also increased.

It had a 5% share when the pandemic was at its peak moment, he said. It was also named Europe’s best air cargo brand at the 2020 Air Cargo News Awards in November.

According to International Air Transport Association (IATA) data, Turkish Cargo managed to rack up a 0.4% rise in air cargo from January 2020 to October 2020, while the global market volume nosedived by 20.8%.

According to figures from World Air Cargo Data (WACD), Turkish Cargo’s income market share grew to 5.3% in January-November, up from 4.6% at the beginning of last year.

“We, as Turkish Cargo, are now carrying one out of every 20 cargoes delivered worldwide,” Özen stressed, reiterating that they aimed at becoming one of the three largest carriers in the world in the coming period.

THY CEO Ilker Aycı, also speaking during the event, said Turkish Cargo has become an ambitious air transportation company, noting that it “will soon become a fully self-owned subsidiary. It will no longer be a sub-brand.”

Aycı previously said on Turkish Cargo and the company’s budget carrier AnadoluJet’s becoming separate companies that “it is a new era for THY.”

“New partnerships and acquisitions will not come as a surprise. We are already getting partnership offers, he said at the time, adding they would decide on the matter of the companies’ initial public offerings (IPO) “on the way.”

Aycı reiterated that thanks to all efforts conducted by THY especially during the pandemic’s peak moments, they received the "Diamond" status, which is the highest level in the health and safety category, in the assessment made by the Airline Passenger Experience Association (APEX) and "SimpliFlying.”

He further informed that they “will open a gigantic terminal in Istanbul Airport in the coming spring. This terminal with advanced technology will be able to operate 4 million tons of cargo yearly.”