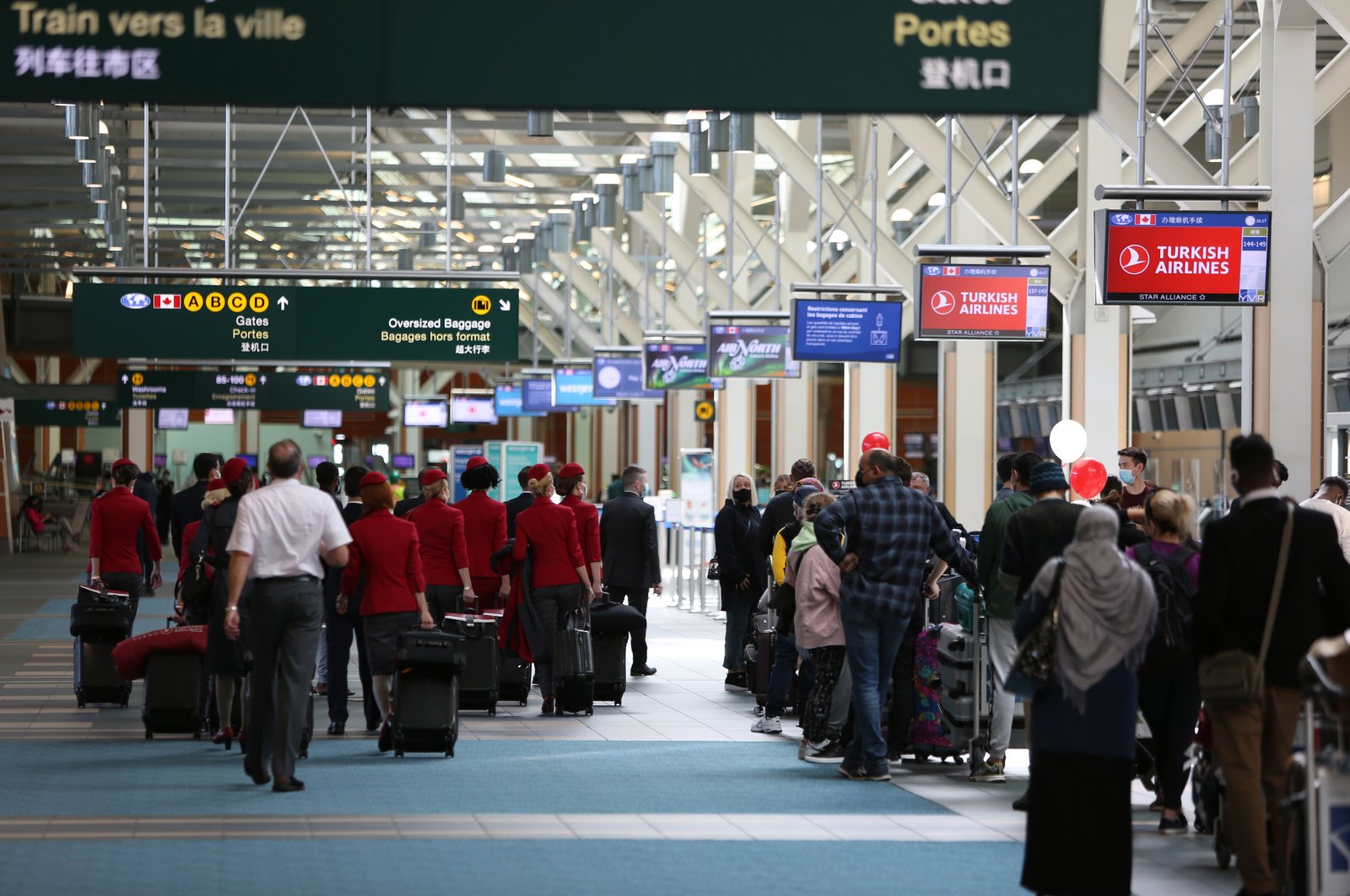 Passengers wait to board the Vancouver-Istanbul flight in front of THY desks at Vancouver International Airport, Canada, May, 3, 2021. (AA Photo)
by DAILY SABAH May 03, 2021 2:24 pm
RECOMMENDED

National flag carrier Turkish Airlines (THY) conducted its first flight to Canada’s Vancouver on Sunday, its third destination in the country after Toronto and Montreal.

Speaking to Anadolu Agency (AA), Tokmak noted that the wheels of a THY plane have finally touched the Vancouver tarmac after an 11-month delay due to the pandemic.

“We connect the Pacific side of Canada to our country. Thanks to direct flights to Vancouver, commercial, touristic and cultural relations between the countries will gain momentum,” he said.

As of now, the flag carrier will conduct three flights weekly scheduled on Sundays, Tuesdays and Thursdays.

Tokmak added that the first THY plane to land in Vancouver also transported a large amount of cargo.

“The plane is carrying 157 passengers on its way to Istanbul, many of whom are transit passengers,” Tokmak said, noting Istanbul Airport's importance as a global hub.

Now flying to 15 destinations in North America with the addition of Vancouver, THY flies to a total of 319 destinations, both national and international.

Meanwhile, SunExpress, a joint venture between THY and German carrier Lufthansa, embarked on its first flight between Turkey's northern Zonguldak province and Germany’s Düsseldorf on Sunday evening. Direct flights between Zonguldak and Düsseldorf, which are planned for this summer season, will take place once a week on Tuesdays until July and twice a week on Tuesdays and Fridays in the July-September period.