Turkish Airlines operates most flights in single day in Europe 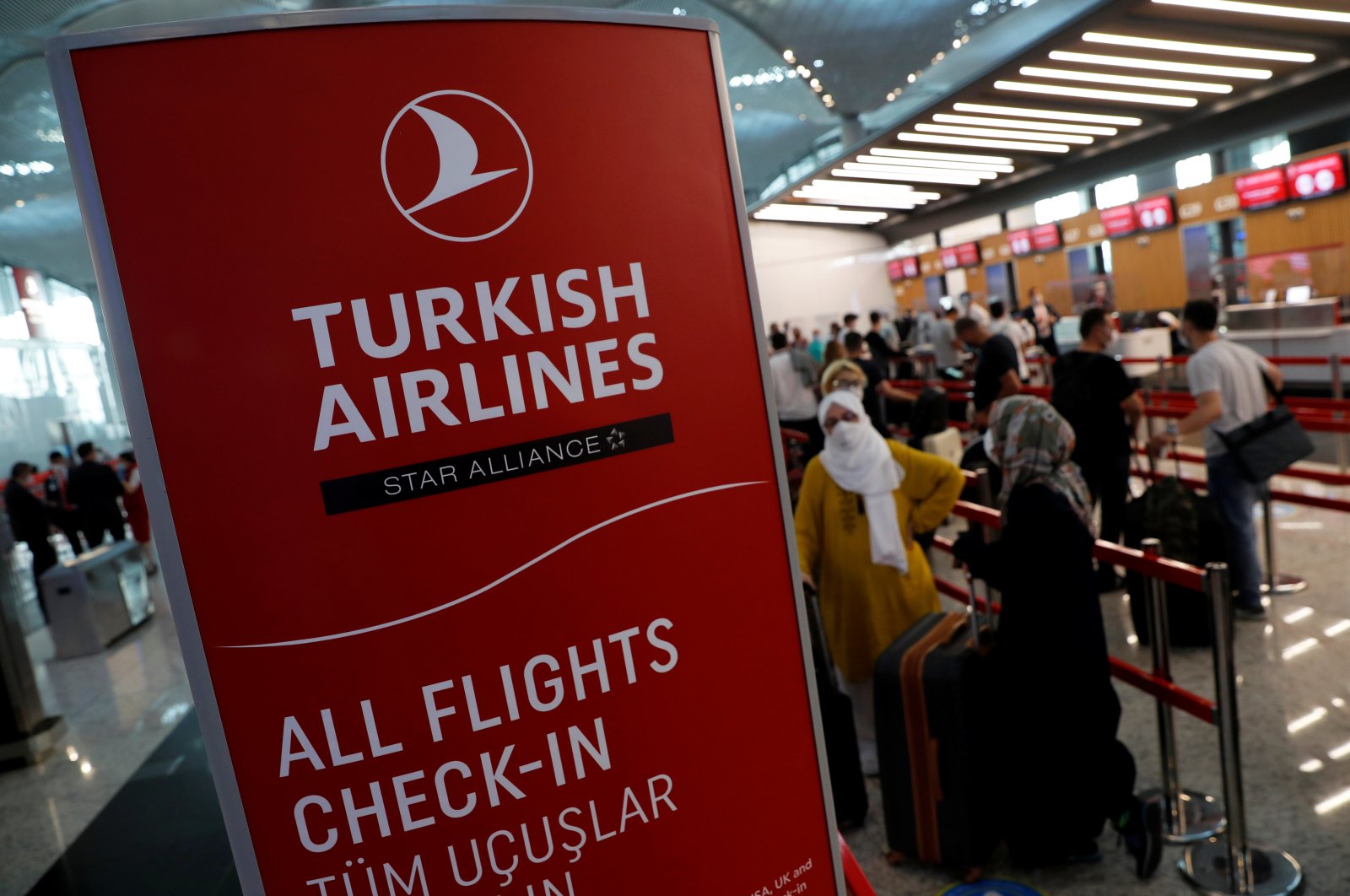 Passengers wearing protective face masks line up to check in for a flight to Washington, D.C., at the Istanbul Airport, during the first day of resumed Turkish Airlines flights to the U.S. amid the coronavirus pandemic, in Istanbul, Turkey June 19, 2020. (Reuters Photo)
by DAILY SABAH Jun 22, 2020 3:34 pm
RECOMMENDED

Turkish Airlines (THY) took the lead among air carriers in Europe with the most number of flights – 400 out of a total 8,226 – on June 17, according to the European Organization for the Safety of Air Navigation (Eurocontrol).

With the significant increase in the number of scheduled flights, Turkey's flag carrier became the airline with the most frequent flights in Europe.

Eurocontrol managing director, Eamonn Brennan, said Turkish Airlines has made 400 flights in Europe for the first time since March 20. "No other airline company has reached this number since 24 March," he said.

According to Turkish Airlines' updated flight schedule announced on June 20, the company will schedule flights to 40 domestic and 123 international destinations, which constitutes nearly 80% of the domestic network of the company and 40% of the international network. It currently covers 316 cities in 126 countries.

The airline has also resumed its U.S. flights, previously suspended due to the COVID-19 outbreak, with flights to Washington and Chicago Friday.

Turkish Airlines, which will gradually strengthen its North American network, will resume flights to Houston, Los Angeles, Miami, New York and San Francisco in June and July. It is expected to resume Montreal and Toronto flights in July and will launch Vancouver flights in August as its 15th destination in North America.

The flag carrier was Europe's No. 1 and fourth globally in terms of passengers carried, three months before the COVID-19 outbreak.

Turkish Airlines CEO İlker Aycı recently said ticket prices are now 25% cheaper than usual, adding that "it is possible to find cheaper tickets than before the pandemic. We will keep the ticket prices as low as we can, but we don't know for how long."