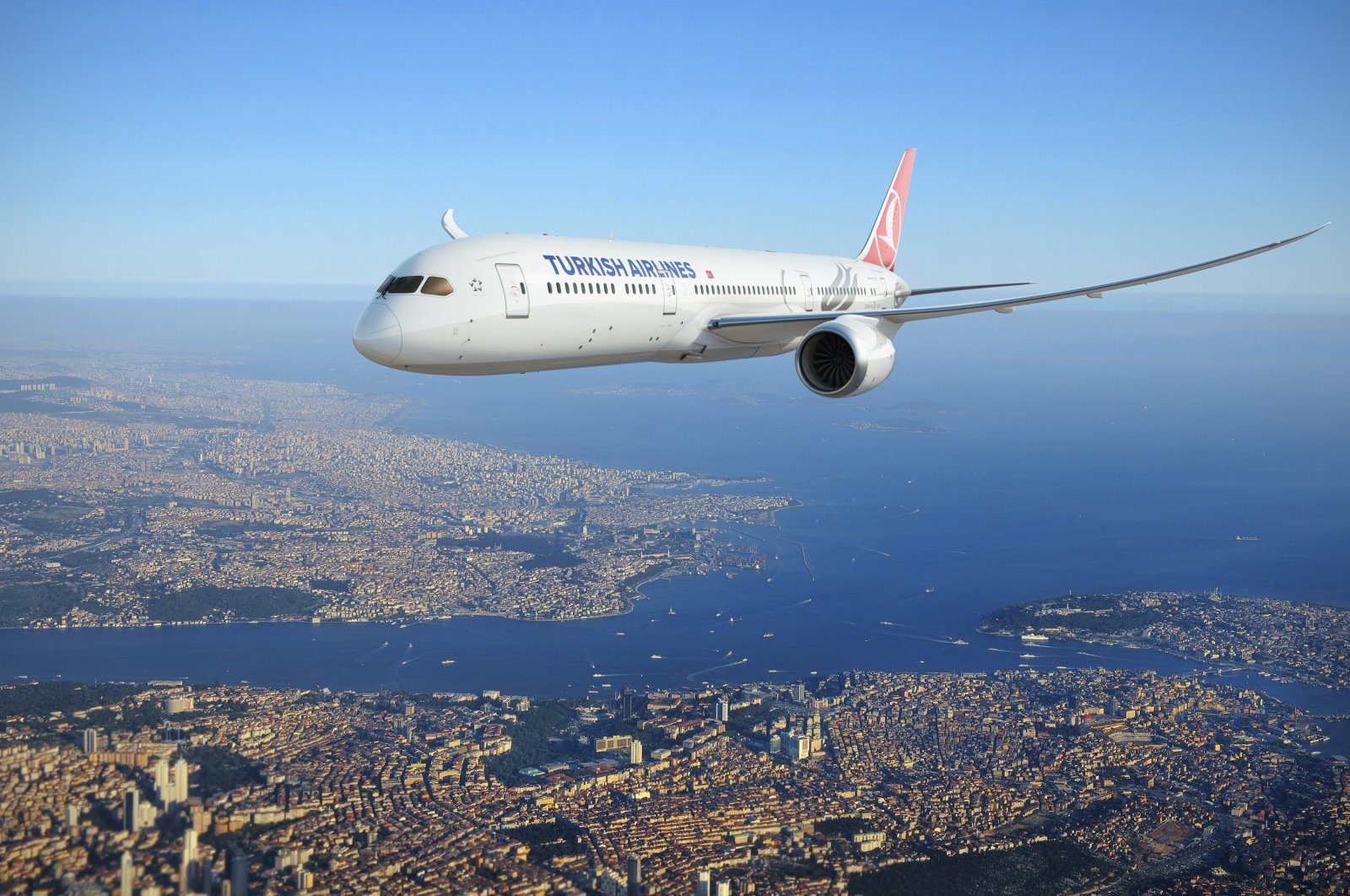 2020 has been the most challenging year in history for the aviation industry, the CEO of Turkey's flag carrier Turkish Airlines (THY) said in a press release Thursday.

"2020 will be an unforgettable era due to the COVID-19 pandemic, which is already considered the biggest global crisis since World War II," İlker Aycı said.

In 2021, the aviation industry, which deeply felt the negative effects of the pandemic, will try to return to pre-2020 figures, he added.

Aycı said THY was in close contact with international authorities during the pandemic and it quickly adapted to the digital transformation, implementing various measures to protect people.

"With safe travel guidelines for the guests, our global brand became one of the busiest airlines in international skies after resuming flights in the second half of 2020," he said.

"With no layoffs and no one left behind, we took steps to strengthen ourselves in the aftermath of the crisis, with a firm grip on our brand, company, flag, each other and families."

He thanked President Recep Tayyip Erdoğan and the transportation, health, tourism, foreign affairs, and interior ministries for their support during the period.

He added that despite all the challenges in 2020, THY was Europes' busiest operator, according to Eurocontrol data,

"It is a source of pride for the airline, which flies to the most number of countries and claimed the top spot for international destinations in terms of passenger and cargo, to also become the operator that flew the most in its own region and Europe during the pandemic," he said.

THY managed to become the airline with the 5th most flights in the world. It was chosen as a "five-star global airline" by APEX and "Best Cargo Airline of Europe" by Air Cargo News Awards 2020.

The flag carrier, Aycı noted, also managed to become the company that cut costs and saved the most in Europe.

"By cutting our costs by nearly 53%, we became the leading company of Europe in this area. With the release of our financial statements for the third quarter, it became apparent that European carriers lost 10 times more than Turkish Airlines. The Turkish Airlines family continues to fulfill its responsibilities as it took the first place when it comes to bringing the most foreign currency to Turkey in service exports."

THY, with all its subsidiaries, employs 65,000 people and is one of Turkey's top five employers.

Thanking all his colleagues, and the company partners and investors, Aycı said "I wish everyone a happy and healthy 2021, without any sickness, accidents, troubles and disasters."

Among the developments that became part of THY's history, during the most challenging year for the aviation industry, was the magnitude 6.8 earthquake that hit eastern Turkey’s Elazığ on Jan. 24. It carried a 300 strong team of the Red Crescent and Turkey's Disaster and Emergency Management Authority (AFAD) to the city.

Apart from the aid workers, this dedicated flight also quickly carried aid materials to the people affected by the earthquake in the region. For guests wishing to visit the region, the flag carrier also offered the option to change their tickets for Elaziğ and neighboring Malatya flights free of charge while also adding new flights to these two cities from the capital Ankara and Istanbul.

January was also the month when most of the world started to get familiar with the COVID-19 pandemic. In the last days of the month, the flag carrier stopped its flights to Beijing, Guangzhou, Shanghai and Xian in China after carefully reviewing the developments of the pandemic with national and international authorities.

In February, THY subsidiary, Turkish Cargo, carried nearly 102 tons of medical aid and equipment, including medicine, masks and single-use gloves, to Guangzhou. As COVID-19 started to spread in other countries, flights to Iran, South Korea and Italy were canceled in several stages in February.

In March, it started thorough disinfection processes for its aircraft, using products recognized by international authorities and aircraft companies, to minimize the risk of coronavirus infection on its aircraft and offer a healthy and safe travel environment for its passengers.

In the same month, THY canceled flights to Germany, France, Spain, Norway, Denmark, Belgium, Sweden, Austria and Netherlands flights starting due to the increasing number of cases in Europe, which was the second epicenter of the outbreak.

Turkish Cargo then decided to increase the number of its cargo flights for the continuation of the international food and medical supply chain, which was interrupted by the coronavirus. In line with this decision, apart from cargo freighters, Turkish Airlines passenger aircraft were also used for cargo flights.

In the last days of March, all international flights apart from New York, Washington, Hong Kong, Moscow and Addis Ababa were suspended.

Meanwhile, with dedicated evacuation flights, the flag carrier brought home citizens, who were abroad temporarily and got stuck due to the COVID-19 situation. The huge evacuation operation started on April 20. Thousands of citizens who went abroad as tourists, students, or temporary workers were brought home to be with their families in the month of Ramadan with the selfless efforts of THY's cabin and cockpit teams. During the operation, over 50,000 citizens were brought to Turkey on hundreds of flights.

Turkish Airlines' flight number TK1920 performed a special flight, as it drew the "World’s biggest national flag" in the sky, celebrating April 23 National Sovereignty and Children's Day and commemorating the 100th anniversary of the opening of the Grand National Assembly of Turkey. This special flight was watched by 2.8 million people on the live air traffic site FlightRadar24.

On May 19 Commemoration of Atatürk, Youth and Sports Day, a historic journey has also taken place from Istanbul to Samsun with flight number TK1919. Nearly 10 million commemorative tickets were given for this flight.

THY started to return to the sky at the start of June when a normalization process began in the country. From June 3, all domestic flights resumed. As for the international flights, the first one was the Istanbul Airport–London Heathrow Airport flight on June 11.

Turkish Cargo, which offers services to 127 countries around the world has also implemented CARGY, the new artificial intelligence (AI) robot that offers the customers the option to inquire about the status of their cargo 24/7, in July.

In October, another THY subsidiary, Turkish Technic completed the construction of the new hangars which are a significant part of the aircraft maintenance, repair and overhaul (MRO) complex in recently-opened Istanbul Airport and offered the services of the first base maintenance hangars to its customers. With the entire facility spanning 60,000 square meters and featuring the biggest hangars of Turkey, THY became a carrier implementing an important project for the post-pandemic era.

During when the world was in a hurry of finding a vaccine to the pandemic that took a heavy toll on many sectors, Turkish Cargo carried COVID-19 vaccines manufactured in China to Brazil with a flight distance of approximately 17,000 kilometers in November. The vaccines carried from the Chinese capital Beijing to Sao Paulo with a connection in Istanbul, showed the reliability of Turkish Cargo when it comes to transportation of vaccines.

December has also witnessed an important development in the history of the flag carrier. Smuggled abroad in the 1970s, the statue of the mother goddess "Cybele" dated back to the 3rd century A.D. was brought back to her home. Performing with the utmost care for the shipments of historical artifacts, the Turkish Cargo brought the Statue of Cybele, the mother goddess which is believed to be the symbol and guardian of abundance, back to the lands it belongs after nearly 60 years.

After the reports of the coronavirus mutation, resulting in an increased infection speed in the U.K., Denmark, Netherlands and South Africa, however, the flights to these destinations were again suspended. Evacuation flights were operated to London as well.

Just within the last days of the year, Turkish Cargo carried Chinese COVID-19 vaccines to Turkey. Procured from China by the Ministry of Health, the first batch containing 3 million doses of the Sinovac vaccines were brought to Turkey with a Beijing – Ankara flight.

The global COVID-19 pandemic, which appeared initially in China in December 2019, has spread all around the world and affected deeply economic activities, especially tourism, aviation and manufacturing.

Turkey, where the first COVID-19 case was reported in March, took several measures to stem the spread of the virus, including suspending flights.

Turkish Airlines, established in 1933, has a fleet of 363 (passenger and cargo) aircraft flying to 319 worldwide destinations in 127 countries.