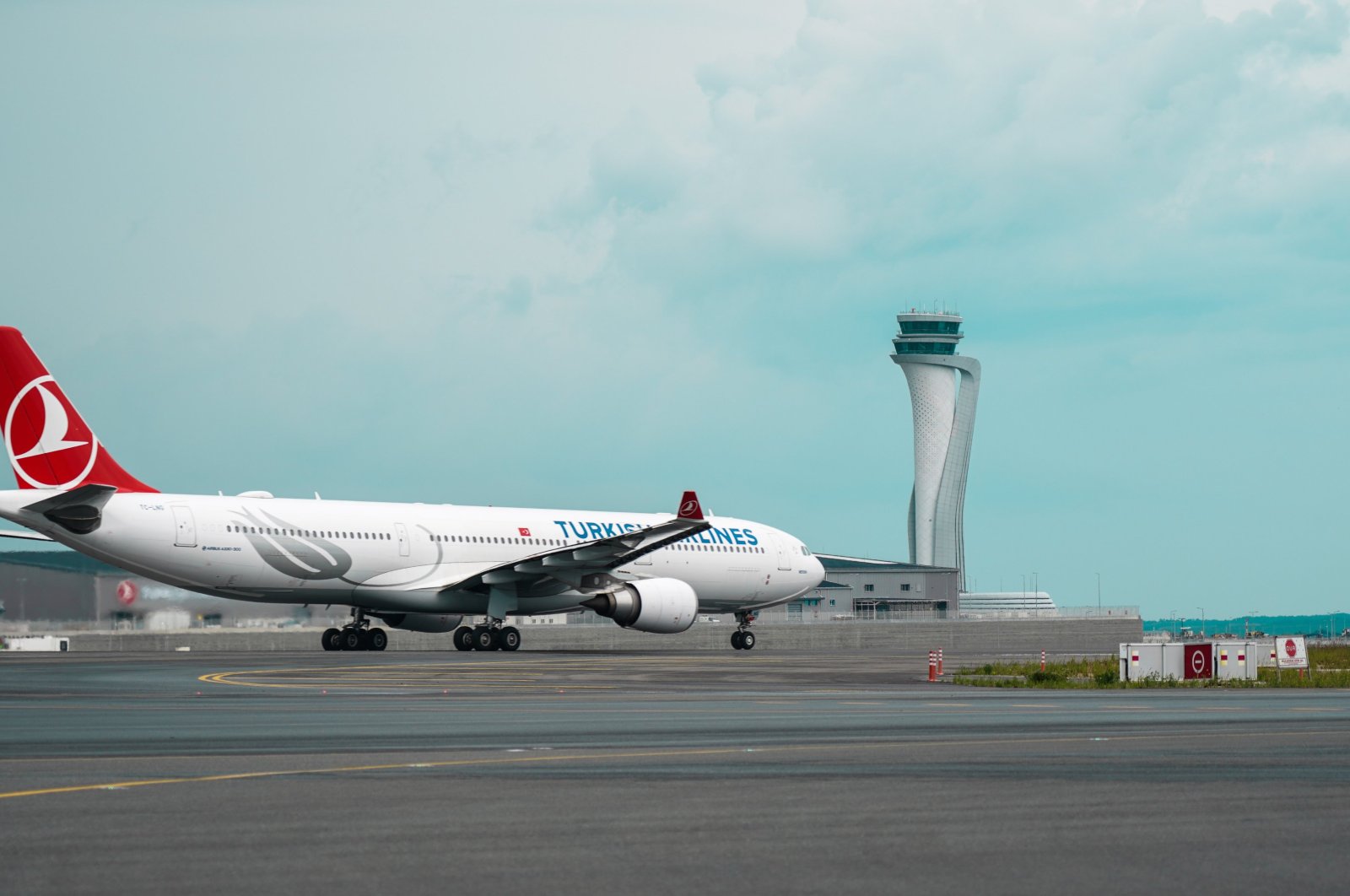 A Turkish Airlines aircraft is seen at Istanbul Airport in this undated photo, Istanbul, Turkey. (Photo courtesy of IGA)
by Daily Sabah with Reuters Jun 10, 2020 4:35 pm

Transport Minister Adil Karaismailoğlu said last week that flights would restart on June 10 to destinations such as the Turkish Republic of Northern Cyprus (TRNC), Greece, Bahrain, Bulgaria and Qatar, but the official said the airline had not yet received approval.

Karaismailoğlu said the country was planning to gradually resume flights with 40 countries as of June 10 and has reached preliminary agreements for reciprocal flights to begin with 15 countries.

He said Turkey was in talks with 92 countries on resuming flights, as containment measures over the coronavirus were eased.

"We can't operate international flights today. We are waiting to receive permission from the civil aviation authorities," he said.

Previously the airline said it expects a slow recovery in global demand toward the end of the summer months, with a 60% drop in passenger numbers this year compared with initial expectations.