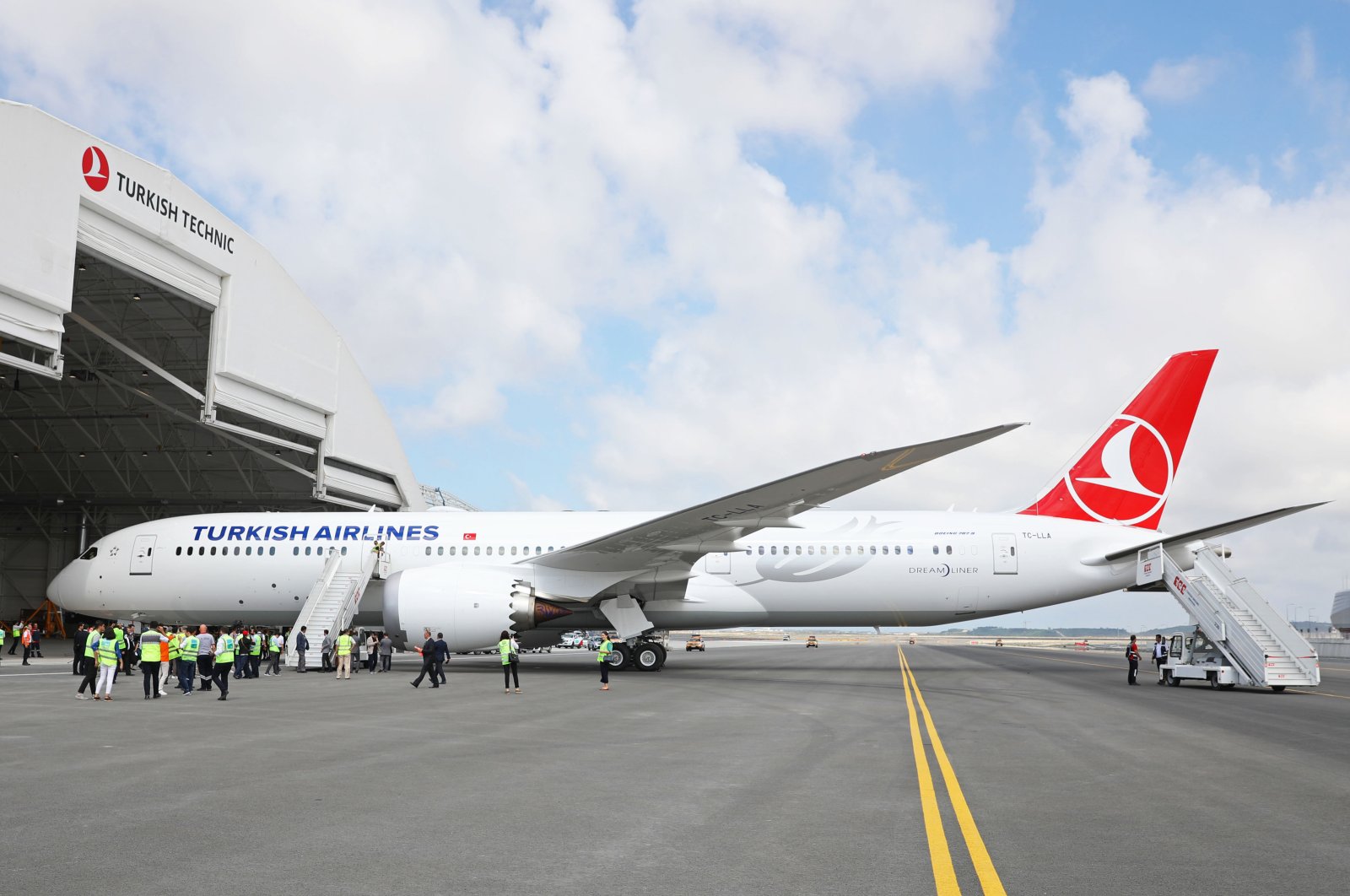 The first Boeing 787-9 Dreamliner long range passenger aircraft added to the fleet of Turkish Airlines stands on the tarmac at the Istanbul Airport prior to its maiden flight, on July 04,2019. (Photo: Sabah / Murat Şengül)
by Daily Sabah with AA Mar 27, 2020 12:01 pm
RECOMMENDED

Turkish Airlines (THY) has suspended its flights to New York amid the global coronavirus outbreak, the national flag carrier announced Friday, a decision that came after the United States was reported to now have more confirmed cases of coronavirus than any other country.

The announcement came after the number of U.S. coronavirus infections climbed above 82,000 on Thursday, surpassing the national tallies of China and Italy, as New York, New Orleans and other hot spots faced a surge in hospitalizations and looming shortages of supplies, staff and sick beds.

With medical facilities running low on ventilators and protective masks and hampered by limited diagnostic testing capacity, the U.S. death toll from COVID-19, the respiratory disease caused by the virus, rose beyond 1,200.

THY last Sunday had said it would halt all of its international flights as of Friday, March 27, except those to Hong Kong, Moscow, Ethiopia, New York and Washington, amid the outbreak.

Turkey’s death toll from the coronavirus increased by 16 to 75 on Thursday, as the number of confirmed cases rose by 1,196 to 3,629, Health Minister Fahrettin Koca said.

After first appearing in Wuhan, China in December, the virus, officially known as COVID-19, has since spread to at least 175 countries and regions, according to data compiled by U.S.-based Johns Hopkins University.