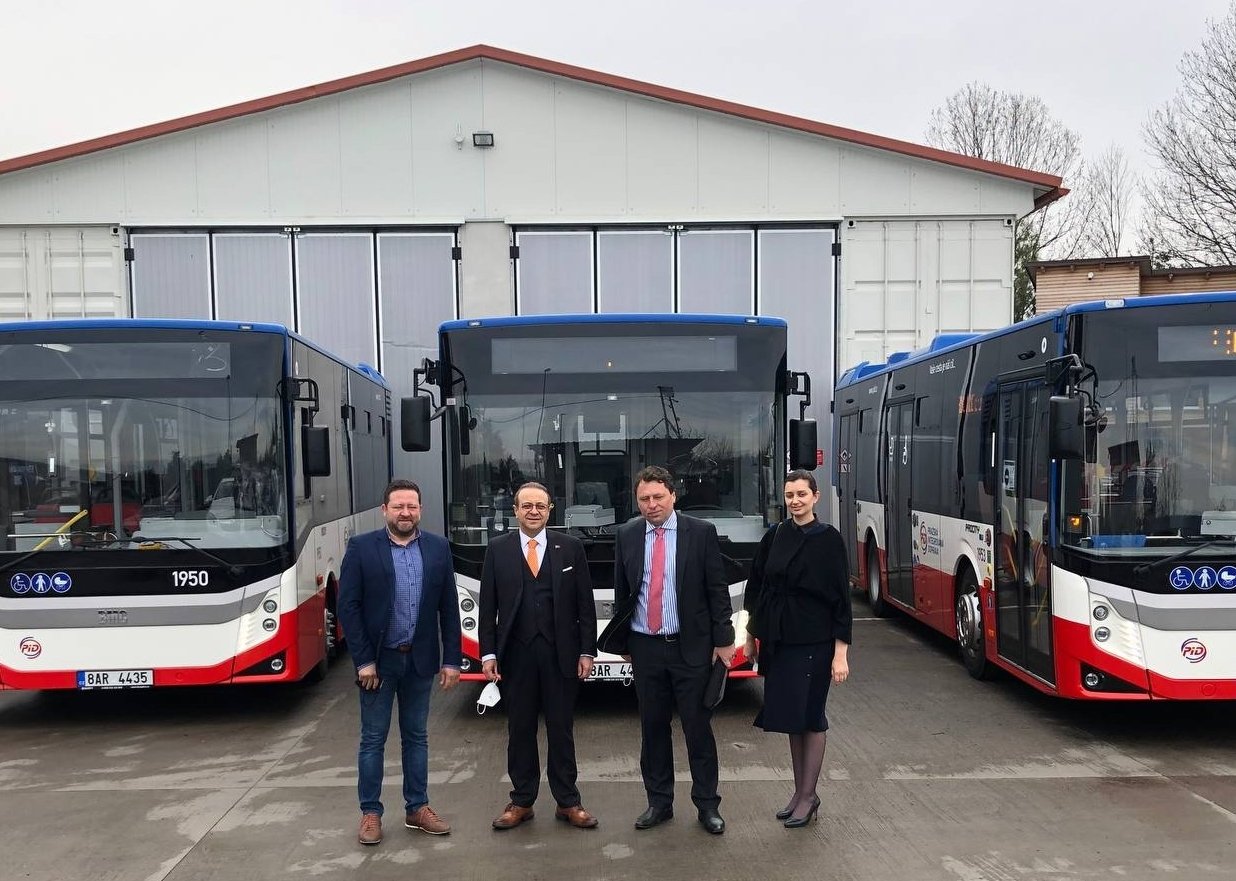 Turkey's Ambassador to Prague Egemen Bağış (2L) and officials from both countries pose in front of the BMC buses during the ceremony held in Prague, Czech Republic, April 29, 2021. (AA Photo)
by DAILY SABAH WITH AA Apr 29, 2021 10:23 pm
RECOMMENDED

Buses manufactured in Turkey were added to Prague's public transportation fleet with a ceremony Thursday and will start to serve citizens of the Czech Republic's capital.

A total of five buses were produced by leading Turkish land vehicles manufacturer BMC. The vehicles were sold via the BusPlan company operating in the country and its Czech partner.

Bağış told Anadolu Agency (AA) that they are pleased Turkish-brand buses will play a role in Prague's public transportation.

Highlighting that the deal will make a serious contribution to commercial relations between the two countries, Bağış noted that buses produced by BMC will now be used in public transportation like Temsa's buses, while ensuring mutual commercial interaction and the continuation of investments.

Turkish automotive manufacturing company Temsa, a company jointly owned by Turkish conglomerate Sabancı Holding and Netherlands-based PPF Group, which won the electric bus tender in Prague with its sister company Skoda, will deliver the fleet of 14 buses at the end of this year.

Temsa has already exported its electric buses to Sweden and Belgium. The fleet of modern, environmentally friendly and sustainable vehicles will help Prague achieve its goal of guaranteeing cleaner air while reducing carbon emissions. The contract, worth around $25 million (TL 205,55 million), will be Temsa's first electric bus delivery with its sister company.