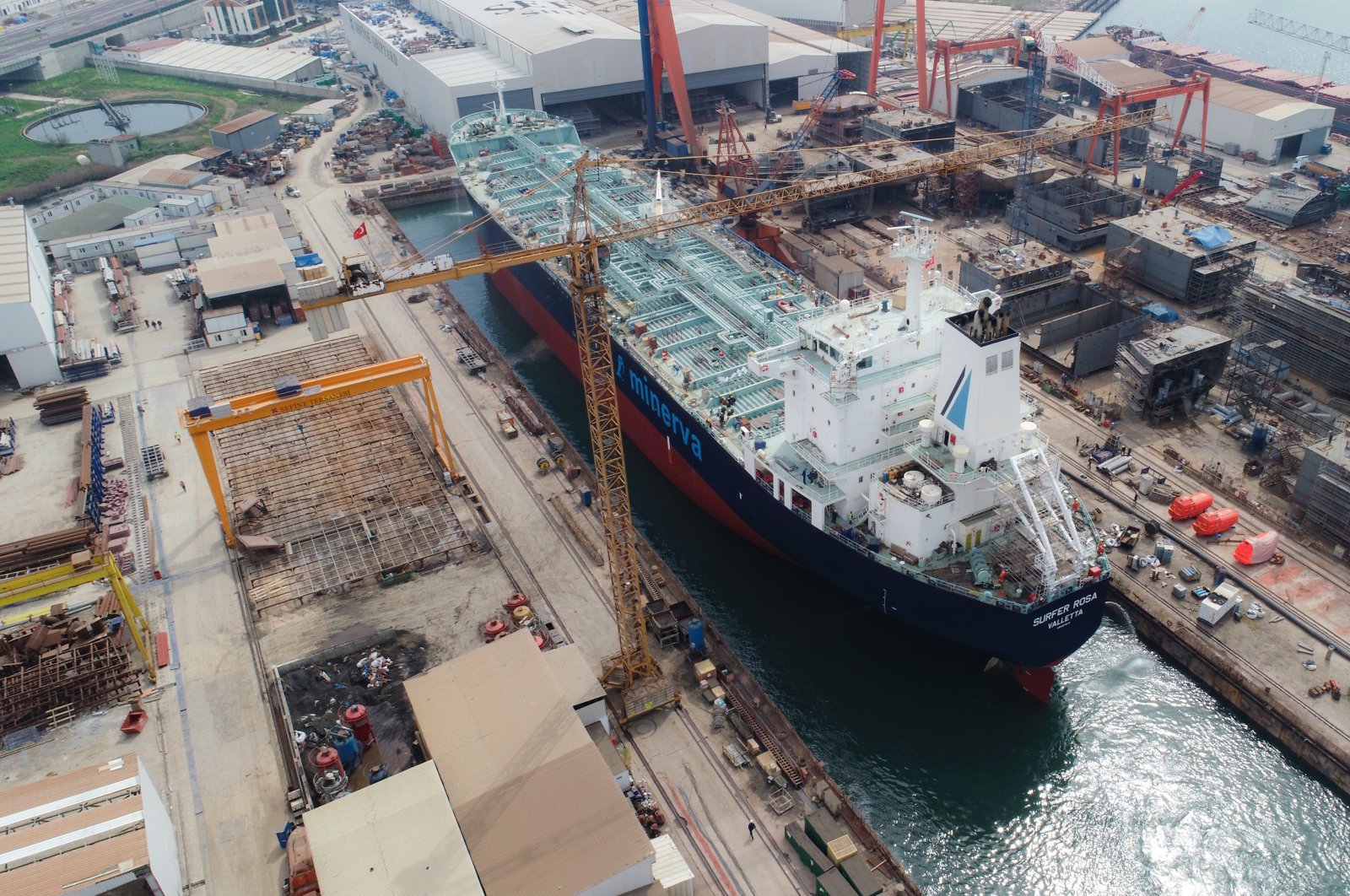 A ship is seen at the Sefine Shipyard in Yalova, northwestern Turkey in this undated photo. (Courtesy of Sefine Shipyard)
by DAILY SABAH Jul 27, 2021 4:49 pm
Edited By Ayşe Betül Bal
RECOMMENDED

Turkey’s Sefine Shipyard became the only bidder for a tender held in Russia to build an 18 MW icebreaker for the Northern Sea Route in the Arctic – the importance of which is growing quickly as the ice melts rapidly there.

Sefine Shipyard will undertake the construction for some 13.3 billion rubles ($180.3 million), according to the Russian language daily Kommersant.

The 18 MW vessel will be an Icebreaker 7 class ship according to the Russian classification system. It will be used for the Northern Sea Route. The tender was held by Rosmorrechflot, and ultimately won by lone bidder Sefine Denizcilik and Tersanecilik Inc., the report said. It said the company filed a single application for the maximum contract price – 13.3 billion rubles. As a result, a contract will be inked with the sole bidder.

A source familiar with Turkish shipbuilding also confirmed the matter to the Russian daily, who said the shipyard is able to independently fulfill such an order.

Sources also noted that the cost of Russian companies building such a vessel would be around 15-16 billion rubles, or even higher, taking into consideration steel prices. In addition to the cost of sheet metal, the prices of almost all equipment have risen, including main engines and propellers, the Kommersant report pointed out.

The 200-meter-long (656-foot-long) ro-ro ship named Marshal Rokossovsky was constructed as part of a cooperation between the Kuzey Star Shipyard and LLC Nevsky Shipyard and was launched in August 2020 in Istanbul. It is set to be used on the Ust-Luga-Baltiysk (Kaliningrad seaport) line by the Russian company.

In June, Rosatom and Turkey's Kuzey also signed a contract for the construction of a floating dock for nuclear icebreakers worth 5 billion rubles. Russian shipyards did not enter the competition, as they were only ready to take on the project at a price of 8.5 billion rubles.

Nadezhda Malysheva of PortNews said that this development marks the second state order that has "unexpectedly" gone to Turkey within just the past six months.

It is the Turkish shipyards that "save the day" when it is necessary to meet the minimum cost and deadline, Malysheva was cited as saying by the Kommersant.