Turkey unveils prototype of 1st locally made ventilator, 5,000 units to be made in 2 months 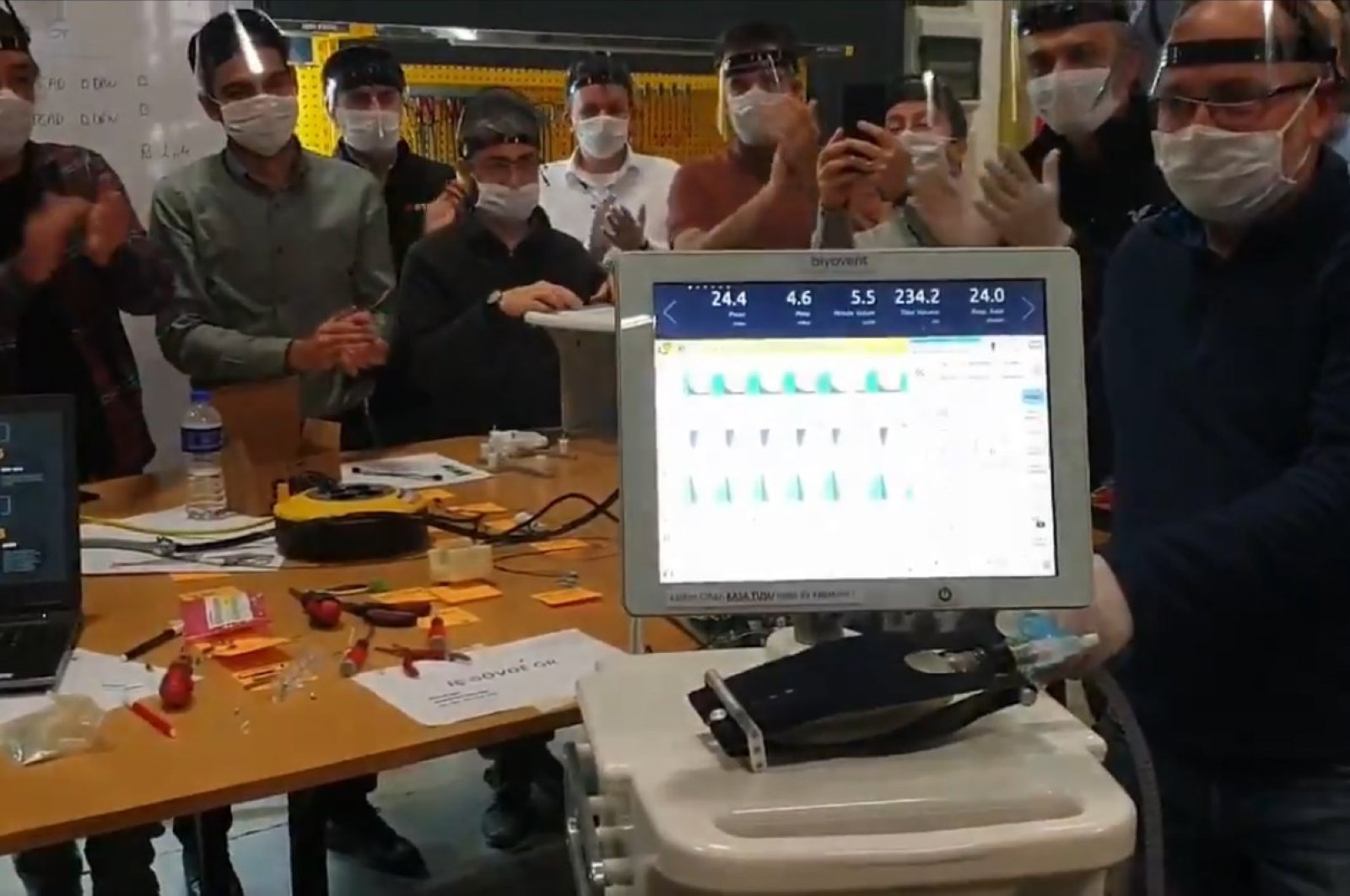 Turkey on Monday unveiled a prototype of its first locally made ventilator, an official with the country's leading drone manufacturer Baykar announced Monday.

The ventilators will be donated to the Turkish Health Ministry for use in hospitals catering to COVID-19 patients across the country.

A group of Turkish defense and electronics manufacturers aim to jointly produce and deliver 5,000 ventilators to the health ministry over the next two months, said Baykar CEO Haluk Bayraktar on Tuesday.

The initial target is to put 1,000 ventilators in use by mid-April, Bayraktar told Reuters.

The locally made breathing-assistance machines could prove vital in the battle to save lives in Turkey, where the COVID-19 death toll reached 168 and cases surged to 10,827 Monday.

The ventilators, if proven reliable and effective, could also be a ray of hope for several countries that are facing an acute shortage in the wake of the coronavirus pandemic.

Companies will need permission to export ventilators and related gear, oxygen concentrators, intubation tubes, intensive care monitors and other medical equipment, according to the decree.

After first appearing in Wuhan, China, last December, the virus has spread to at least 178 countries and regions, according to data compiled by the U.S.-based Johns Hopkins University.

The number of confirmed cases worldwide surpassed 803,000 as of Tuesday afternoon, while the death toll was above 39,000, and more than 172,000 people have recovered so far.