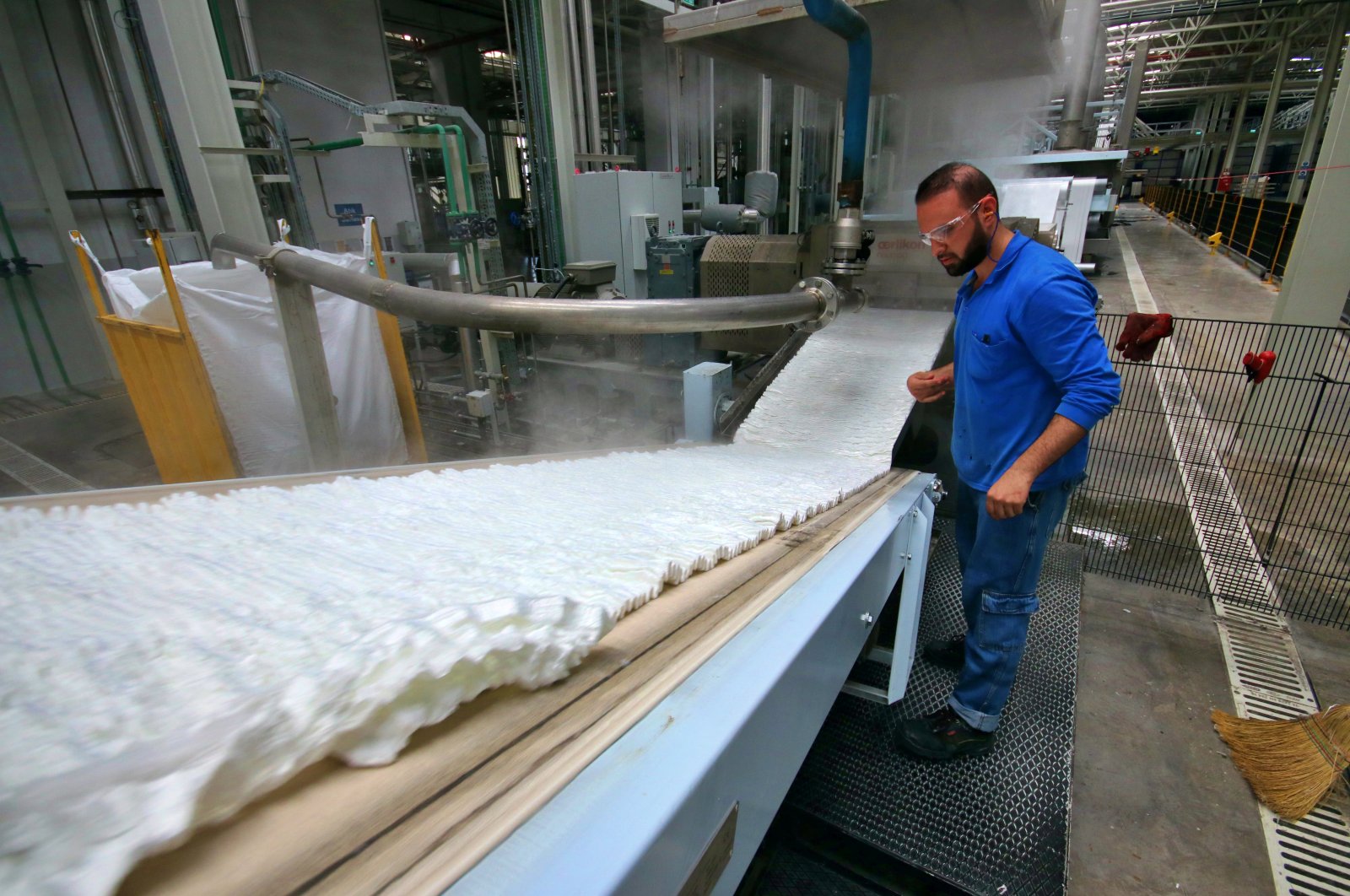 A Turkish company based in the province of Adana in southern Turkey that produces 700,000 tons of polyester annually, mostly for the health and hygiene sectors, has increased its orders by 20% amid the growing need for its products due to the coronavirus pandemic.

Some 60% of the SASA Polyester Industry’s manufactured goods are used in health, hygiene and packaging products. The company’s general manager, İrfan Başkır, told Anadolu Agency (AA) Monday that this rate had increased considerably due to the effect of the recent COVID-19 outbreak.

"We have received additional orders due to the pandemic, with an increase of approximately 20% from both our domestic and international customers,” he said.

Başkır noted that 2019 had been a year in which previously planned investments had been gradually introduced.

With the series of investment moves and the commissioning of polyester fiber facility investments, Başkır said the group's polyester production capacity had already increased from 350,000 tons to 700,000 tons annually.

He highlighted that this capacity was set to reach 1.4 million tons in May in line with the second phase of investments and in June with the third phase.

Further speaking on the pandemic’s effect on production and economy, Başkır said: "I believe that we will have a period in which we can compensate for a possible loss in use in the textile sector with an increase in other sectors.”

“The manufacture of certain health products and packaging across the country has become of utmost importance,” he said, noting that the investments made by SASA were aimed at reducing the current account deficit of the country and allowing for the handling of the current supply.