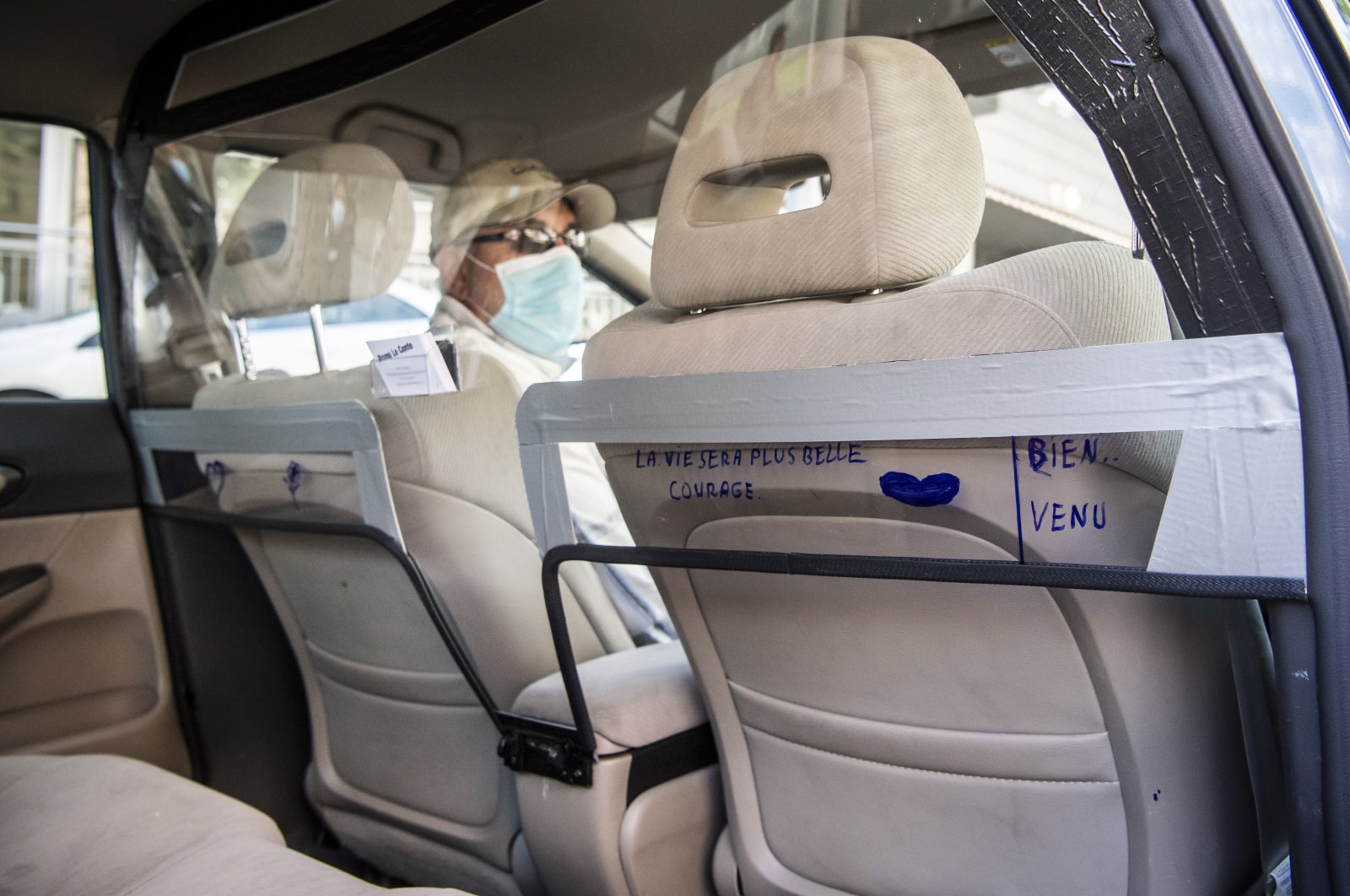 An Uber driver looks through an acrylic glass protective screen that separates him from customers in his vehicle, in Lausanne, Switzerland, May 7 2020. (EPA Photo)
by ASSOCIATED PRESS May 07, 2020 11:38 pm
RECOMMENDED

Uber lost $2.9 billion in the first quarter as its overseas investments were hammered by the coronavirus pandemic, but the company is looking to its growing food delivery business as well as aggressive cost-cutting to ease the pain.

"While our Rides business has been hit hard by the ongoing pandemic, we have taken quick action to preserve the strength of our balance sheet, focus additional resources on Uber Eats, and prepare us for any recovery scenario,” said CEO Dara Khosrowshahi in a statement. "Along with the surge in food delivery, we are encouraged by the early signs we are seeing in markets that are beginning to open back up.”

Uber brought in $3.54 billion in revenue in the first quarter, up 14% from the same time last year.

Revenue in its Eats meal delivery business grew 53% as customers shuttered at home opted to order in. The company exited markets where its food delivery business was unprofitable, including the Czech Republic, Egypt and Honduras. But it added key accounts including Chipotle, Dunkin' and Shake Shack, and it enabled delivery from grocery and convenience stores.

Uber's bottom line was hurt when the value of its investments in Chinese ride-hailing giant Didi, Singapore-based Grab and others plummeted by $2.1 billion as demand collapsed in those regions.

Uber’s investment in Lime came as part of a $170 million funding round, which also included Alphabet, Bain Capital Ventures, GV and other investors.