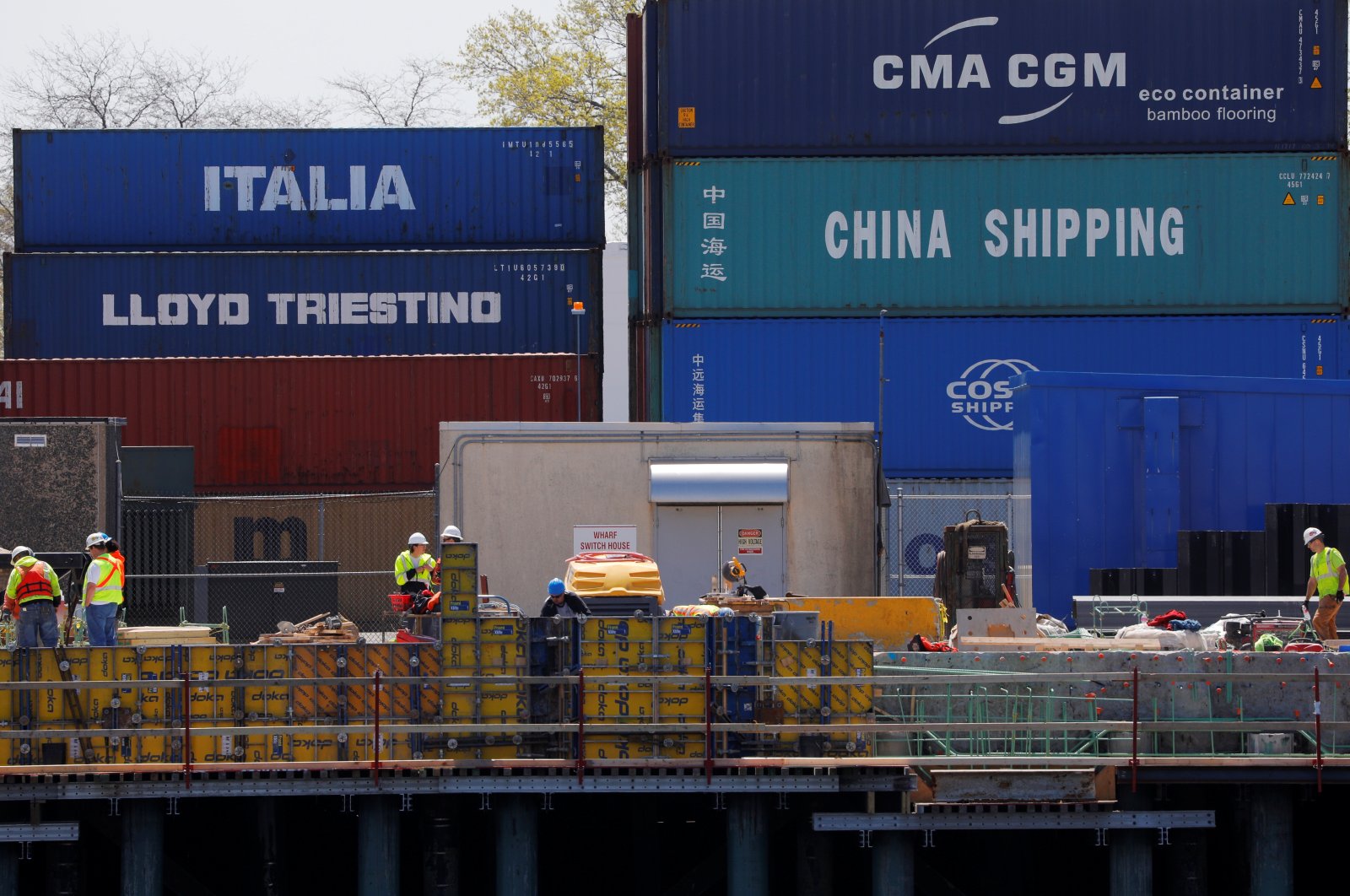 Shipping containers, including one labelled "China Shipping" and another "Italia," are stacked at the Paul W. Conley Container Terminal in Boston, Massachusetts, U.S., May 9, 2018. (Reuters File Photo)
by Anadolu Agency Feb 05, 2021 10:35 pm

The United States' 2020 trade deficit reached its highest level in 12 years, according to the Commerce Department's data released on Friday.

Although U.S. exports had a record drop after being hit by the coronavirus, its trade deficit with China fell. The world's biggest economy saw its imbalance with its runner-up decline by $34.4 billion to $310.8 billion in 2020, according to the data.

Last year, the U.S. had its largest trade deficit with its southern neighbor Mexico, $112.7 billion. While Germany came in second place with $57.3 billion, it was followed by Switzerland with $56.7 billion.