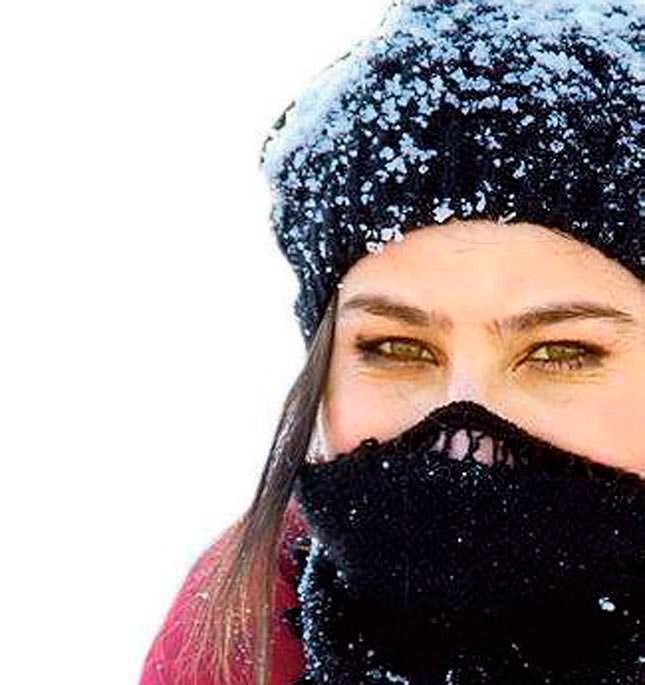 Winter may bring the beauty of white snow and warm fireplaces but it also brings a set of health issues one needs to be wary of. Take heed and stay healthy by being aware of what to look out for and how to treat it

Winter and its chilly temperatures show a mixed blessing when it comes to human health. Winter does not just bring cold and snow, but also health issues ranging from depression to even a heart attack. Moreover, these frigid temperatures can pose risks for illness and injury for everyone, but those particularly vulnerable are young children, older adults, and the chronically ill. Although many do not appreciate the cold while shivering, cold temperatures also kill insects and microorganisms that carry diseases. In fact, one of the concerns about climate change is winter will lose its pestilence-fighting punch.

Cold weather may also help us slim down by stimulating metabolically active brown fat. Brown fat is the opposite of unhealthy white fat and is a good type of fat that actually helps the body burn energy in the form of heat. In northern countries such as Sweden and Russia, many people actively seek out the cold: wintertime swimming in frigid water or exercising is believed to do wonders for one's health. Despite what many believe, there is no temperature you cannot actually work out in.

But obviously there is a flip side to consider. Much research has shown death rates peak this time of year. Blood pressure mostly increases during the winter, and, by some estimates, 70 percent of the increase in the death rate during wintertime can be traced back to heart attacks, strokes, and other cardiovascular issues. Flu runs rampant during the colder months and viruses spread more readily once the air is dry and chilly. Winter darkness also poses health problems. Sun-exposed skin produces vitamin D, a vitamin that seems to have many health benefits ranging from bone health to building up your immune system.

During the winter, when days are short, levels of the vitamin in the body tend to plunge. Cold temperatures and low vitamin D levels that may be a particularly bad combination, making you prone to cold weather-related illnesses.
Below are the most common health issues that occur during cold months, as well as smart ways to protect yourself from these conditions.

Hypothermia happens when your body temperature drops to 35 degrees Celsius or less and can be fatal if it's not detected promptly and treated properly.

While hypothermia may happen to anyone, the elderly carry the highest risk because their bodies often do not adjust to changes in temperature quickly and they may be unaware that they are gradually getting colder.

Watch out: If you have hypothermia, you will first feel cold, shiver, and seem socially withdrawn. As the condition worsens, you can become confused, sleepy, and slur your speech. In the most severe stage, the heart can slow down dangerously.

Take action: To prevent hypothermia, wear warm, multi-layered clothing with good hand and feet protection and a warm hat or hood. If medical attention is not available, remove any clothing that is wet and wrap yourself in a warm blanket to avoid further heat loss. Warm beverages can help increase the body temperature, but be sure not to drink alcoholic beverages. Additionally, do not take a hot shower or bath, because it may cause shock.

In the northern hemisphere, people always seem to get sick during the winter months, from November to March.
People often confuse and the common cold caused by rhinovirus and the flu, which is caused by influenza virus. Each year, adults get an average of about three cold episodes, and overall 20 percent of adults will get the flu. The main hypothesis proven by research is that cold temperatures actually lead to a cold by limiting the supply of infection-fighting white blood cells in the nasal passage, where cold viruses most often enter the body. Moreover, recent research has shown that the flu virus is more stable and stays in the air longer when air is cold and dry.

Watch out: At the onset of a cold, you may feel a dry, scratchy sore throat, sneezing, a headache, runny nose with watery mucus, watery eyes, chills, and a fever. Symptoms later may include a blocked nose, sinus pain, a cough that keep you awake at night, muscle aches and pains, tiredness, and loss of appetite.

Flu symptoms are normally worse, come on more quickly than cold symptoms, and include a fever of about 37.5 to 40 degrees Celsius.

Take action: With a common cold, you will mostly feel quite sick for a couple of days, but afterwards your symptoms should clear up in a week to 10 days. Most people recover from the flu within a week. Of course, both will very likely need to be treated by medicine and vitamins. As there is no cure for a cold, taking cold medicines may help lessen your symptoms while your body fights off the virus. For flu, a flu shot will help your body fight off the virus, but if you already have the virus, the best and medically advised way to go is to take antiviral drugs.

Frostbite may cause a loss of feeling and color in the affected areas, such as the nose, ears, cheeks, chin, fingers, or toes. Frostbite may permanently damage body tissue and severe cases can even lead to amputation. During cold weather we reroute our blood on the body surface to vital organs at the expense of our fingers, toes, and other peripheral parts of the body. This happens when small ice crystals begin to form on and underneath the skin, eventually injuring and theoretically killing the tissue around it if not taken care of. Frostnip, on the other hand, is the earliest stage of frostbite, usually characterized by a small white dot on the tip of the nose or fingers. Frostnip usually doesn't cause permanent damage, if warmed up right away. In extremely cold temperatures, the risk of frostbite is increased in people with reduced blood circulation and when people are not dressed properly.

Take action: To prevent frostbite, it is important to wear warm clothing and dress in layers when outdoors for an extended amount of time and always try to keep dry (wet clothes increase chance of heat loss). If you ever notice the signs of frostbite, get into a warm place promptly.

Resist the urge to reach for hot water, which will cause skin to break. Instead, immerse the affected area in warm water or warm it area using body heat.

Avoid rubbing or massaging the frostbitten area as doing so may cause more damage. Do not use a heating pad, heat lamp, or the heat of a stove, fireplace, or radiator for warming since affected areas are numb and can be easily burned.


There are numerous risk factors for heart attack, including high cholesterol, being male, and smoking cigarettes,
but did you know heart attacks are more common in the winter? Cold lowers the heart's supply of blood, while exertion raises the demand for it. This imbalance between supply and demand can also cause attacks of chest pain.
Even in people who don't have heart disease, cold exposure can raise blood pressure. Additionally, your heart must
work harder to conserve body heat when it ıs cold. This rerouting causes extra blood flow to the vital organs and
boosts the blood pressure. As an extra note, cholesterol levels are highest in the winter and lowest in the summer
season, which may also contribute to heart attacks during winter.

Watch out: The warning signs for a heart attack include chest pain, shortness of breath, sudden fatigue, dizziness, sweating, nausea, vomiting, irregular heartbeat, and a blue tinge to your skin.


Take action: Bundle up outside and take it easy when in the cold to help prevent a heart attack. If the symptoms we mentioned above strike, do not ignore them and call for emergency help immediately.