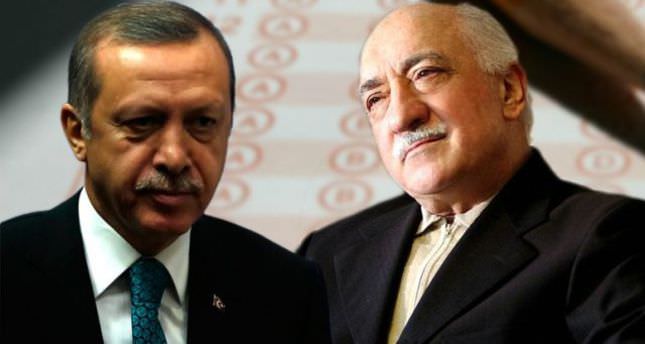 by Hilal Kaplan Mar 05, 2014 12:00 am
It had only been one month since the publication of Hanefi Avcı's resounding book about the Gülen Movement's 'paralel-organization' in the police; Avcı was arrested in September 2010, only days after the Sept. 12 referendum. In March 2011, journalists Ahmet Şık and Nedim Şener were also arrested. In his unpublished book "The Imam's Army," Şık was illustrating the history of the parallel structure within the police force, but the police raided the publishing house and destroyed copies of his book.

Şener, on the other hand, is the author of books such as "Fethullah Gülen and the Movement in the Ergenekon Files" and "The Dink Murder and Security Intelligence Lies" that uncover the Gülenist structure within the police force. All three were somehow linked to certain terrorist organizations and arrested. Their trials are still in process.

In October 2011, 70 people, including academic Büşra Ersanlı and writerpublisher Ragıp Zarakolu, were arrested within the scope of the file known as the Kurdish Communities Union (KCK) Case on charges of supporting the terrorism acts of the PKK. In November 2011, 51 lawyers were arrested on the same grounds. Many still have pending trials and have been in jail for 22 months already.

In December 2011, the KCK Press Case was launched in which the number of arrested journalists in Turkey surpassed even that of China. The total number of those arrested in the KCK case has quadrupled since the last elections while the number of people with pending trials is in the thousands.

A more recent example of unjust judicial process would be the ninth department of the Supreme Court's approval of prison sentences for academic Pınar Selek and Peace and Democracy Party (BDP) parliamentarian Sebahat Tuncel. All members of this department who made these anti-democratic decisions were appointed after the 2010 referendum.

On Sept. 12, 2010, 58 percent of the public voted for a more independent, neutral and pluralist judicial system, but this resulted in further charges, arrests and allegations of imaginary organizations. Interestingly enough, those thrown into the "crime syndicate bag" were always those from the circles the Gülen Movement disliked and wanted to elutriate.

Since the referendum, the public has increasingly come to believe that the Gülen Movement has established a bureaucratic oligarchy in all levels of state system especially within the police force and the judicial system. The majority, therefore, responds with a bitter smile when they hear the words "an independent and neutral court."

For the same reason, the mobilization of several prosecutors to bring forth one sensational file after the other as if a button was pressed, leads the public to lose trust in the movement rather than the AK Party government.

When we look at the bigger picture we see many events and facts emerge: the prosecutors initiating the investigations did not register obligatory briefings in the National Judiciary Informatics System, the police is withholding information from their own POLNET data network, several prosecutors have held onto files for years but chose to bring them forth mere months before the local elections, the manipulative method of leaking illegally obtained wiretappings to the Internet, Gülen-affiliated media's ability to reach and publish confidential investigation files before everyone else, and of course the simultaneous resignations of AK Party parliamentarians known to have close relationships with Gülen.

The bigger picture appears to have convinced the masses that the corruption investigation is uncovering an even greater corruption scandal. Perhaps, this is the reason why there is an increase of 5 to10 percent in AK Party votes. People believe that the corruption within the AK Party can be settled before an independent and neutral court, and they don't want to be left alone with a questionable shadowy structure if the so-called 'Gülenist rule of law' seizes power.