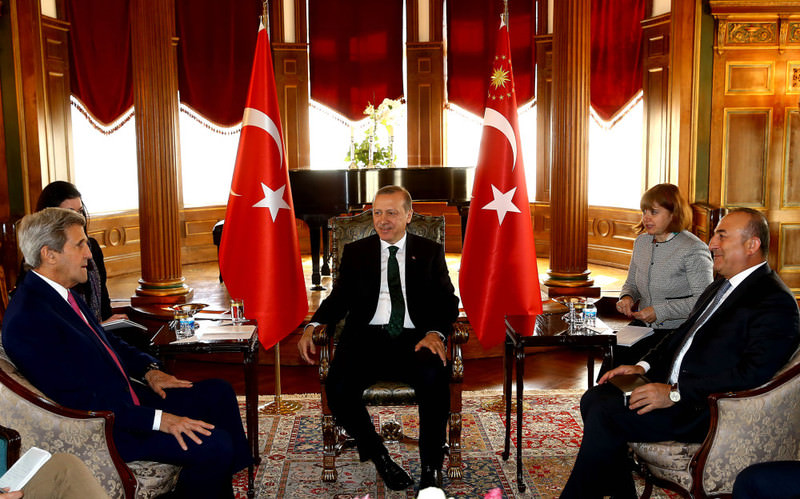 Turkey has tackled a rough period over the last three years. In May 2013, the police quelled the Gezi Park riots with tear gas and water cannons after protesters did not leave the park for 15 days, although the spokespeople of protesters promised to meet then Prime Minister Recep Tayyip Erdoğan. During the riot, the busiest square in Turkey was occupied and barricaded for 15 days. Numerous police vehicles and public buses were set on fire and private properties and houses were damaged all across the country. Shopkeepers in Taksim had to plead to the government to intervene in the protests. However, none of these facts were reflected in statements from Western states or covered by foreign media, because since June 2013, only a partial and biased perspective has been adopted for coverage of Turkey.

On Dec. 17 and Dec. 25, 2013, similar chaos broke out when an autonomous body of Gülen Movement members who infiltrated in police department and judiciary took action. A group of prosecutors and police officers, who turned out to have served the illegal Gülen Movement in light of their involvement in former corruption cases, attempted to overthrow Erdoğan by abusing the authority of the state positions they were in. Fethullah Gülen, a former imam, is known to have promoted assigning of members of his organization to positions in the police department and judiciary for 40 years. Some of his remarks and videos clearly revealed his motivation. The organization formed an intelligence database through tapping phones of private people. Some members of the organization were also found to have obtained questions for the Public Personnel Selection Exam (KPSS). The organization uploaded top secret talks between the foreign minister and intelligence chief on YouTube. But none of these scandals were reported on by Western states or in foreign media.

But the Turkish public, which knows the untold part of the story, sided with the civilian and legal realm of politics rather than vandals or illegal organizations by voting for Erdoğan's Justice and Development Party (AK Party) in the March 30 local elections and for Erdoğan in the presidential election held four months afterward.

Turkey also faced a similar dilemma in Syria and particularly in its fight against the outlawed PKK. Interestingly, even Murat Karayılan, a senior PKK figure, behaved more honestly than Western states and foreign media by saying that it was a mistake for the PKK to start a war in urban areas. However, Western states and foreign media kept arguing that the Turkish government started the war and the state destroyed the cities.

The Turkish public, which appeared on the scene again with the full knowledge of the untold story, showed its approval of and support for the AK Party with 49.5 percent of the vote in the Nov. 1 elections. But despite that, Western states and foreign media never asked themselves what they were missing in their analyses.

We have not heard any condemnation from those circles of the PKK, which planted bombs on sidewalks, occupied city streets, killed children by firing at houses with rocket launchers while clashing with police, killed police officers while they slept in their house and lately murdered some 68 citizens in two suicide bombings in Ankara.

The two PKK suicide bombers were revealed to have been trained by the People's Protection Units (YPG) in Syria and crossed into Turkey disguised as refugees. A female Women's Protection Units (YPJ) member who appeared on the cover of Marie Claire conducted a suicide bomb attack at a bus stop at the busiest spot of our capital city during rush hour. But these facts never made any difference to Western states and foreign media. For them, those who conducted the attacks in Brussels were terrorists, but those who do the same in Ankara were allies in their anti-DAESH fight.

President Erdoğan is currently in Washington to attend the World Nuclear Security summit. During his meetings with U.S. Secretary of State John Kerry, representatives of various think tanks and notables from the Jewish community, he will tell the untold parts of the story. He will exert efforts to explain why Turkey's stability needs to be regarded as equivalent to the EU's stability while struggling with the burden of 3 million refugees, why it is of key importance in the anti-DAESH fight and why the YPG, which is not on the terrorists list of the U.S., is no different than the PKK, as Iraq's Kurdistan Regional Government President Masoud Barzani has said.

Hopefully, the untold part of the story can be grasped this time.

Hilal Kaplan is a journalist and columnist. Kaplan is also board member of TRT, the national public broadcaster of Turkey.
Last Update: Apr 01, 2016 1:24 am
RELATED TOPICS